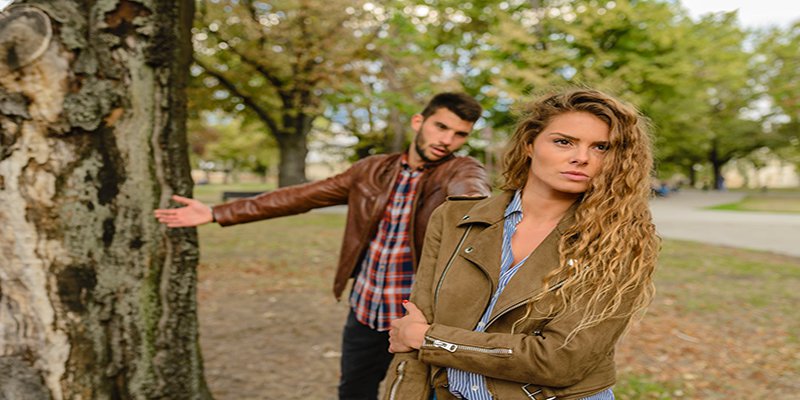 A Crash Course On How To Get Your Ex Back

Sometimes relationships end prematurely.
You might have gotten into a huge argument with your girlfriend, and said some things you didn’t mean.
You might have even ended the relationship or vice versa.
Just because things are over doesn’t mean that it was the right decision for either of you. In many cases, a relationship could have been saved with better communication, or finding a way to compromise.
That being said, there are circumstances in which people don’t belong together. It’s circumstantial, but if you feel like you want to get your ex back, there is good news.
When it comes to how to get a girl back, you basically have to repeat all of the same steps that you took to get her in the first place.
You might think that you’re starting at a disadvantage, but the opposite is true.

If the relationship was good overall, you’ll be able to use some of those memories to remind your ex about the good times.
The worst thing you can do is sit around moping and wondering how to get your ex back.
You need to have a plan, and implement it without seeming desperate or needy. If she broke up with you, the fastest way to get her back is to show her how well you’re doing without her.

How To Win Her Back: Give It Time

If you broke up with your girlfriend, and already feel like you want her back after a few days, you might want to pump your breaks.
Let things sink in for her, and allow for some of those more volatile emotions to settle before trying to reconnect.

People often times feel shell shocked after a breakup because it’s such a big change. Trying to patch things up while the wounds are still fresh is a recipe for disaster. If you want your ex back, the truth is that you’ll have to be patient in the beginning.

You should spend this time wondering if the relationship is really worth saving. Ask yourself the following questions, and answer them honestly:

If you approach these questions with an open mind, and don’t delude yourself about the truth, they’ll be instrumental in allowing you to craft your approach when it comes time to win a girl back.

How To Get Over A Breakup: The First Step

It may seem counter-intuitive, but getting over the breakup is the first step if you want to win your ex back.
If you’re still it a pit of despair over the fact that she isn’t around, you’ll be in a bad mental place to try and reconcile with her.

You can’t come up with a plan for how to get a girl back if you’re still emotional. The first thing you should do, is get back to your life. Enjoy being single for a while, and re-evaluate your feelings.
You may even find that you don’t want to get back together with her. Occasionally the fear of being suddenly alone can make you think in a certain way that may not be best for you.
At first, you’ll probably just sit around thinking, I want my ex back, but if you really do, this isn’t going to help you. Try to improve yourself in some way and occupy your time.
When it’s finally time to revisit things with your ex, you’ll be yourself, but an even better version. Time apart is actually a good thing; it allows people to become even better versions of themselves.

There are a lot of things you can do to get your ex back, but there are also a lot of things you shouldn’t ever, under any circumstances, try to do. It should be common sense, but if it isn’t, keep reading.
We’re taught through movies and TV shows that the best way to get a woman to want us again, is by some act of desperation, or grand, public romantic gesture.
This is totally ridiculous. As a general rule, if it works in the movies, it will almost never work in real life.

Hanging from the top of a Ferris Wheel until she agrees to take you back, or standing outside of her window with a speaker playing her favorite song communicates very little except for the idea that you’re desperate and can’t live without her.
It seems counterintuitive, but this is only going to push her away even further.
It shows her that you aren’t capable of taking care of yourself or being on your own—two qualities that are effectively repellent to most women.
Think of how to get your ex-girlfriend back as the exact same process as approaching a new girl at a bar.
You wouldn’t convey to her how desperate you are; you’d convey that you’re emotionally stable, independent and confident.
The same rules apply when it comes to reconnecting with your ex.
Now that she’s single again, she’s going to habitually compare you to other guys again, which means you have to show her that you’re still the best choice.

How To Get Your Ex Back Without Even Trying

It may seem a little manipulative, but showing your ex that she made a mistake by ending things, is one of the fastest ways to reopen the lines of communication.
In general, people have a hard time seeing things that were theirs fall into the hands of someone else—especially significant others.

Go on dates with other women, go out to bars and enjoy your life. In the age of social media, she will almost always find out what you’re up to.
If she discovers that you’re riding around in the back seats of limousines surrounded by strippers it might make her sad, but it’ll also make her a little regretful.
Related: A Female Perspective On How To Get Your Ex Back
She’ll realize that she had a guy who is fun, spontaneous and maybe doesn’t need her all that much. There’s a difference between wanting a girl and needing her.
Needing doesn’t help anyone’s cause, and once you show her that you’re capable of being on your own, she’ll consider revisiting things.
In fact, that may be the very reasons things ended. You may have become too dependent on her to make you happy.
If this happens and she realizes it, it can do a lot of damage to an otherwise healthy relationship.
Give yourself a checklist for the first month after the relationship ends. Try and accomplish some of the following things:

Do whatever it takes to check these things off your list, and before you know it, she’ll come back.
She might not be leaping into your arms, begging for you to take her back, but she’ll likely be open to a conversation.

Stop Obsessing Over How To Get Your Girlfriend Back

Like most aspects of game, obsessing and ruminating over the problem will almost always make it worse. Do your best to be happy, even if you feel bummed out about the relationship ending.

You should never feel like you have to convince a girl to like you.
If a relationship ends, it may very well be for a good reason. In some cases, people are just not meant to be together.
The good news is that you had enough skills to get your girlfriend in the first place, and you still have them.
If you prefer to be in a relationship, go out, start fresh and enjoy the ride with someone new.