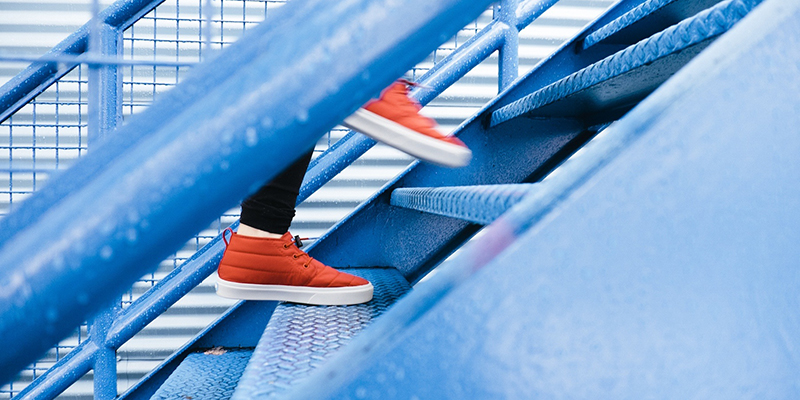 Skip The Elevator, Taking The Stairs Can Help You Live Longer

Having a busy day and afraid you won’t be able to get your day’s worth of exercise in?
No worries, researchers from McMaster University suggest that heading for the stairs is a simple solution to a healthy heart.
It also says a lot more about you than you think.
The study consisted of 31 sedentary, but healthy, women who participated in two separate stair-climbing protocols. Each required a 10-minute time commitment, which included a warm up, cool down and recovery period.
The participants repeated this three times a day for six weeks.
The first protocol involved three, 20-second strenuous bouts of ceaseless climbing, while the second experiment had the participants vigorously climb up and down a flight of stairs for 60 seconds.
Convenient enough to give it a go?
The results showed that committing to these exercises for 30 minutes a week increased cardiorespiratory fitness, which is key to longevity. In fact, those who increased their cardiorespiratory fitness from poor levels to “fit” decreased their chances of an early death by 38 percent, according to a study published in the Journal Circulation.
From one social man to another, it’s important to challenge yourself every day, and that includes bettering your health.
While taking the stairs may be a convenient option, you can gain similar results to your cardiovascular system by practicing brief, intense bouts of physical activity as mentioned in previous reports.
Everyone starts somewhere, just be sure to keep on building.