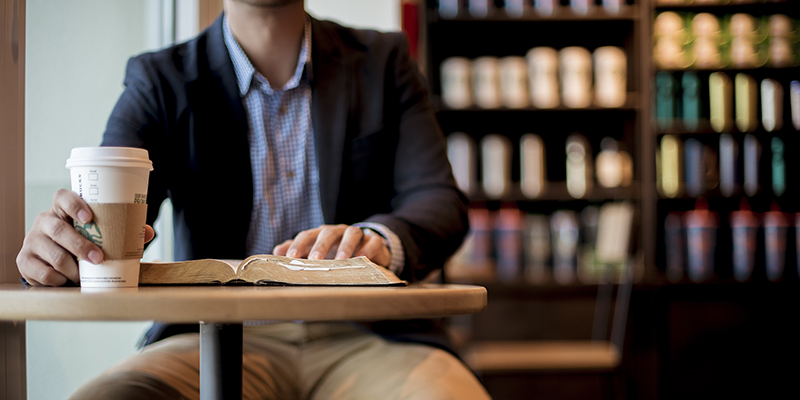 Study Shows Too Many Cups Of Coffee May Be Dangerous

We get it, you need your coffee. In the hectic work environment of the 21st century and all that sh*t on your plate, a little pick-me-up courtesy of your neighborhood coffee shop isn’t so bad, right?
Well, just like your parents and health teacher always told you, everything is good in moderation.
The same is true for your cappuccino, once you start pushing the level of caffeine your body can handle, you are actually hurting yourself.
Caffeine is a serious drug. It might not feel like it when you’re having your cold brew or whatever form of liquid energy you prefer, but caffeine has serious effects on your body.
In order to further understand caffeine and how it interacts with our nervous system, a group of researchers looked at over 740 different studies of caffeine and were able to confirm the old standards of safe caffeine intake.
According to Men’s Health, that’s, “400 milligrams (mg) per day for adults, 300 mg for pregnant women, and 2.5 mg for kids and teens.”
For context, one venti Starbucks dark roast coffee is equal to about 340 mg of caffeine, giving you almost an entire day’s limit of caffeine in one drink. Some other blends and types of coffee even exceed that number.
The study was also concerned with younger demographics being exposed to energy drinks and sodas that are marketed to teens, even pre-teens, but have a large amount of caffeine.
From the study itself,

“Current estimates suggest that the mean consumption of caffeine (all ages) is 165 mg/day, ∼105 mg of which is associated with coffee consumption (Mitchell et al., 2015). Emergence of other products containing caffeine, particularly energy drinks, combined with controversies regarding the potential for increased consumption by nonadult populations (Drewnowski and Rehm, 2016 ;  McGuire, 2014), has been accompanied by concerns regarding the impact of these products on consumer health.”

It’s important to monitor your caffeine intake, as consistently blowing past that 400 mg limit is going to put your body in serious risk of things like cardiovascular issues, anxiety, and abnormal sleep patterns.
Consistent caffeine overdose may lead to muscle rigidity, changes in breathing, even death.
So make sure you limit those daily coffees or energy drinks. If you’re unsure how much caffeine is in your neighborhood coffee shop’s offerings, simply ask.
Remember, caffeine is a powerful drug and can be extremely helpful if taken responsibly, but has real adverse effects when abused.