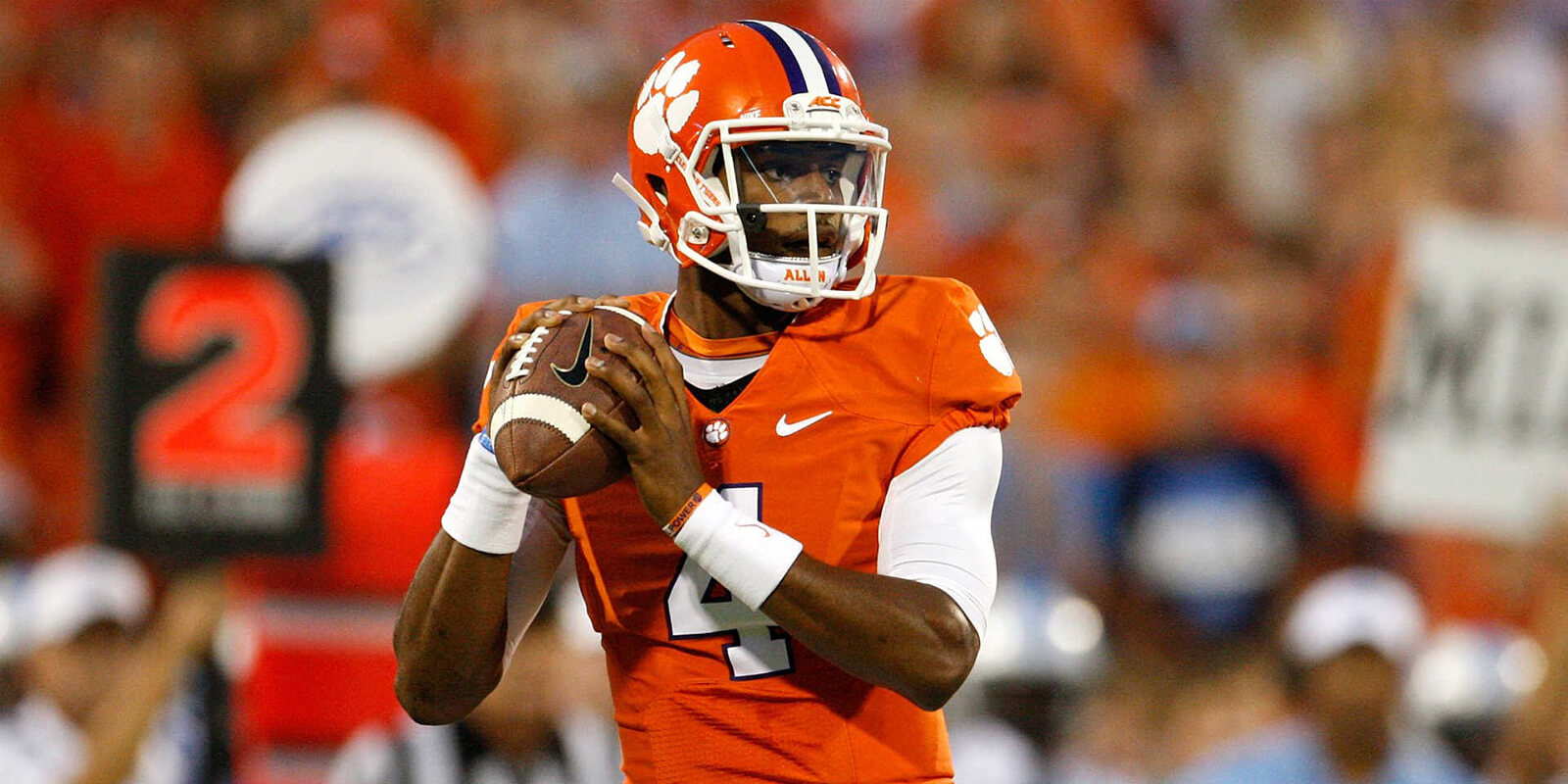 That’s what Clemson quarterback Deshaun Watson said before leading his team to victory at the last second during College Football National Championship Game against Alabama.
Today, this photo is going viral after Clemson QB’s heroic comeback:

That’s 11-year-old Deshaun with his family and ex-NFL running back, Warrick Dunn, who works with Habitat For Humanity, furnishing a new home for the Watson family via his charity that builds homes for single-parent families.
On Nov. 21, 2006, Dunn paid it forward by surprising the Watson family with a fully furnished four-bedroom, two-bathroom home and even stocked their refrigerator, something he does often for single-parent families in different communities.
This story re-emerged recently as 11-year-old, Deshaun brought home a note from Habitat For Humanity creating an opportunity for home ownership. His mother, Deann, took advantage and put in the work to make it happen.
There goes a saying, “behind every great man is a great woman.” For future NFL quarterback, Deshaun Watson, this started with his mother raising four kids on her own in a compact apartment in Gainesville, Ga.
Deshaun reflected on this moment of his life saying,

This may have just been enough to pave the way for young Deshaun and create a positive environment for him to flourish. Now look where he is today. A national champion and surefire first round pick in next year’s NFL Draft.
But it all started with the helping hand of a true All-Pro, Mr. Warrick Dunn. You can learn more about Dunn, his story and his charity’s mission on helping others here: