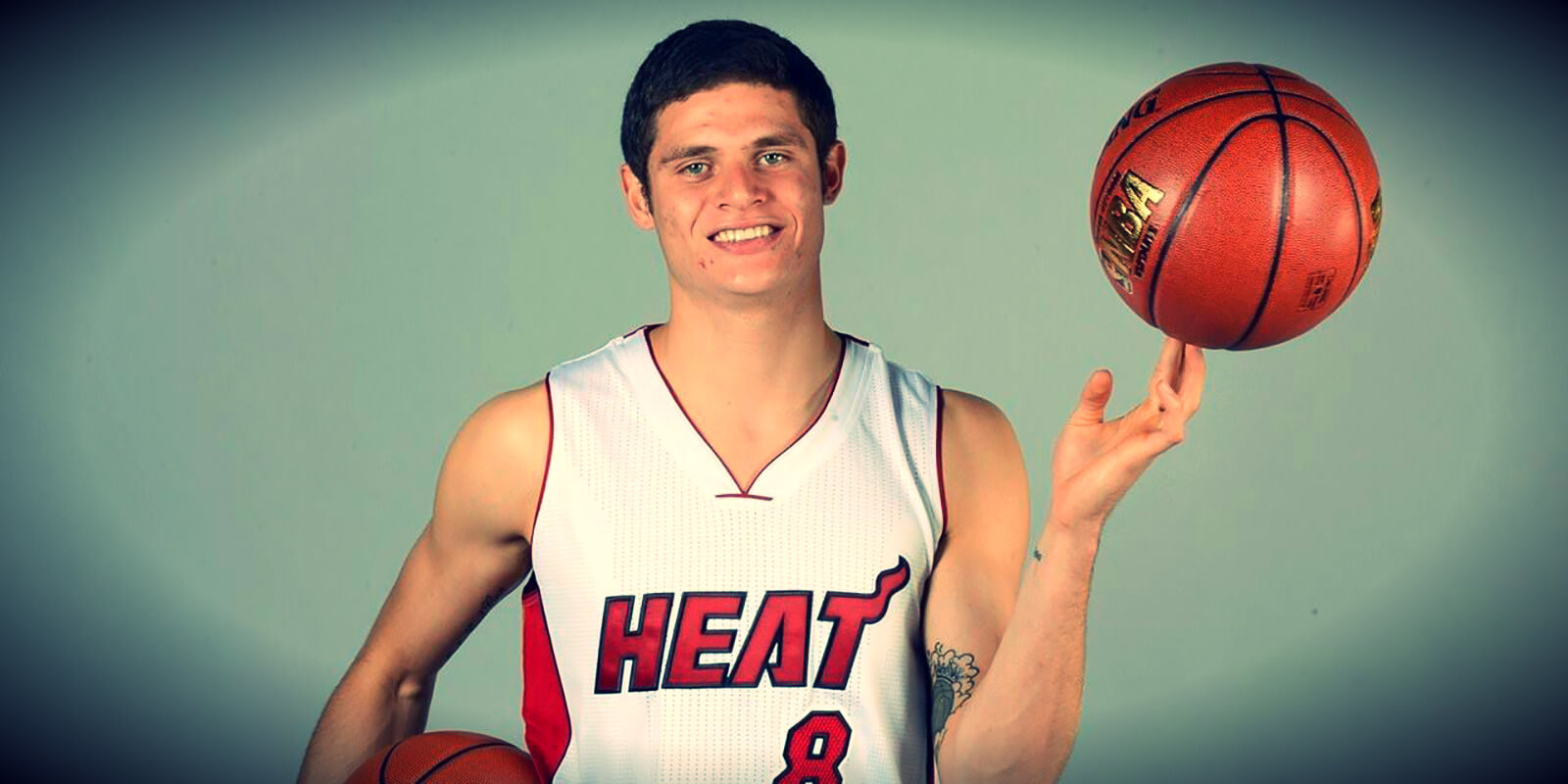 Unless you’re a dedicated NBA nerd, you most likely have never heard of Tyler Johnson.
Johnson, a 24 year old shooting guard from North Dakota, was signed as an undrafted free agent by the Heat after the 2014 draft.
This summer, the Miami Heat gave Johnson a 4 year/$50 million contract to keep him in Miami, despite letting team legend Dwyane Wade leave town for Chicago.
People weren’t happy about Johnson getting so paid, and a new feature on Johnson by ESPN’s Pablo Torre reveals what was going on in Johnson’s head as the Nets offered him his now infamous contract and the North Dakota native had to wait to see if Miami was going to match the offer.
According to Torre’s article, Johnson, his teammates, even his fiancee were convinced he was headed to Brooklyn:

“By that point, Tyler’s teammates had already waved farewell on Twitter. Johnson had already started bookmarking Brooklyn real estate on Zillow.com. Ashley, his fiancée, had even gone online and shipped a box of Nets-branded shirts and pants for their 2-year-old son, Dameon, to their Miami condo.”

As soon as it was announced that the Heat were matching the Brooklyn Nets’ offer and retaining Johnson, everyone from twitter trolls to football players criticized Johnson and the Heat for the figure.
But it isn’t Johnson’s, or the Heat’s, “fault” that this kind of contract is now commonplace in the NBA.
As part of the league’s new collective bargaining agreement, the salary cap quickly expanded over the summer, from $70 million to $94 million, inflating NBA base salaries pretty much overnight.
Players like Tyler Johnson, a young, athletic, versatile shooting guard with loads of potential, are valuable assets in today’s NBA.
That’s why Kent Bazemore got a 5 year/$70 million contract and Solomon Hill a 4 year/$48 million deal; clubs now have the financial flexibility to keep vital role players.
While these contracts seem slightly ridiculous to the standard observer, in lieu of the NBA’s new financial structure, people are just gonna have to get used to seeing these numbers thrown around.
If anything, players like LeBron James and Russell Westbrook are actually worth triple figure annual salaries if you breakdown how these players not only influence the success of their basketball teams but the actual economic conditions of the cities they play in.
So, get used to basketball players you don’t know getting paid a lot of money. It’ll save you some time ranting on social media.