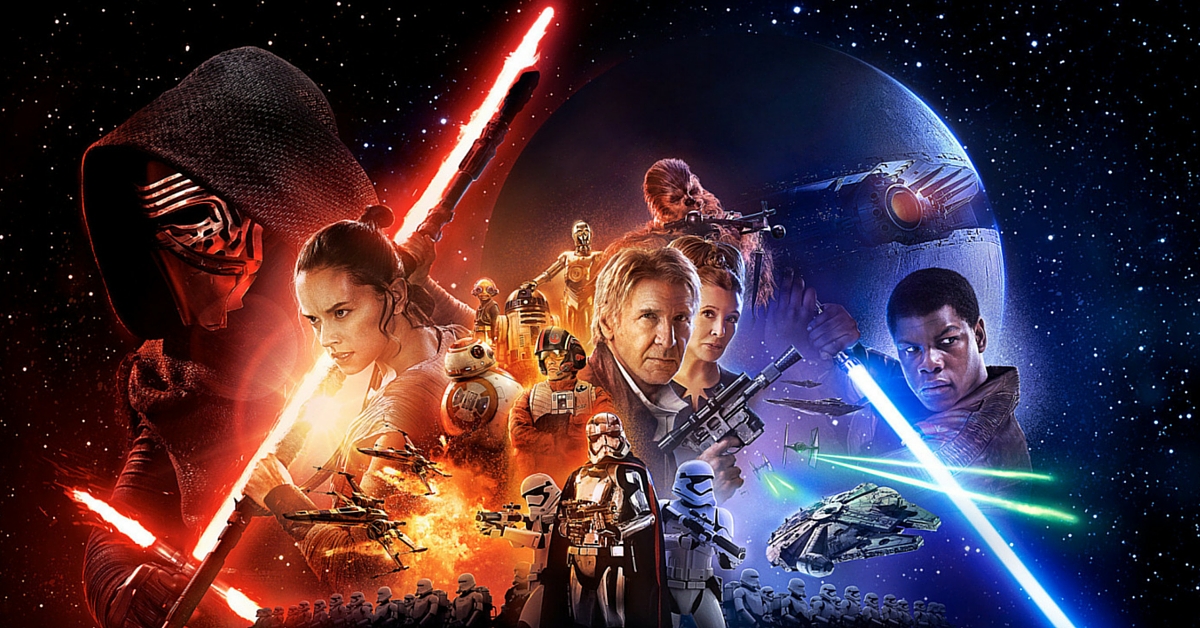 Has J.J. Abrams Saved the Universe With Star Wars: The Force Awakens?

Star Wars super-fan Daniel Fleetwood passed away this month, just days after he was granted a final wish: to see Stars Wars: The Force Awakens before it was officially released to audiences at large.

“He is now one with God and with the Force,” wife Ashley Fleetwood posted on Facebook, per CNN.
For at least one person, director and co-producer J.J. Abrams made a dream come true. To a lesser extent, he’s also leaving a pretty indelible mark for just about anyone who’s been a fan of the franchise. It’s been some time since movie goers witnessed the now historic film debut of Star Wars in 1977. Subsequent decades have been something of a roller coaster ride for fans. The Empire Strikes Back (1980) and Return of the Jedi (1983) were almost certainly better than the original, rare events in which the sequels genuinely improved upon the movie that got everyone hooked in the first place.
Between 1999 and 2005, however, a now infamous prequel trilogy set the genre back. Subpar acting performances and absurd characters (e.g. Jar Jar Binks) were thoroughly disappointing and forgettable by virtually any metric. Needless to say, Abrams is unlikely to repeat such mistakes with the darker, grittier The Force Awakens. The famed creator of television’s Lost earned serious trust from science fiction fans with his outstanding reboot of Star Trek, and now he’s lending his vision (and special effects chops) to space’s other frontier. How could that go wrong?

Even without having seen the newest Star Wars installation, reasons for hope abound

The next three films promise to be what fans have long been waiting for—a serious, modern set of films that were principally made for an adult viewing audience. That doesn’t mean the next three movies will be filled with raunch and F-bombs, but it almost certainly does mean we’ve moved passed the prequel trilogy’s fascination with CGI cartoon characters and embarrassingly poor dialogue.
An epic of this scale deserves nothing less. Star Wars isn’t just about entertainment. It’s about philosophy, good and evil and a whole range of archetypal themes that play out in galactic terms. Taking on that kind of film making is a responsibility, and Abrams has yet to let us down just yet. His decision to embark upon the newest trilogy may not be as heroic as Luke Skywalker’s famed antics. It may not save the universe. But it certainly seems to have saved the Star Wars universe, and not a moment too late.
Something had to get the prequels’ taste out of our mouths. The internet has been replete with criticism and outrage. As IGN’s Robbie Boland put it in 2013, “Star Wars Episodes I-III are a veritable treasure trove of poor decision-making.”
And that may be putting it mildly.
Some, like Esquire’s Matt Patches, have elected to forgive George Lucas for his monumental trespasses. Others may find such a gesture more difficult, perhaps impossible to even contemplate. It’s one thing to come up with Howard the Duck. It’s quite another to ruin Star Wars. That’s a quintessential heresy for the modern age.

“‘Bashing Star Wars’ became the new ‘loving Star Wars,’” Patches wrote in May. “A legion of young fans, who only knew the Special Editions and prequels, inherited Sith-inclined Midi-chlorians from their elders. Those around for that first 1977 title crawl were angry, so everyone was angry. The modern Star Wars nut became a hate-watcher—yes, they’d pay for Attack of the Clones, Return of the Jedi, animated Clone Wars sidequels, and whatever else Lucasfilm would serve them, but any glimmer of greatness was considered an anomaly. Collective suffering was fuel for the fandom.”
And that’s why Abrams is here to save the day, Millennium Falcon and all.
Expectations are invariably high, and it’s certainly conceivable that some will be disappointed by the final product. Some people are just hard to please—especially when their favorite-ever thing is on the line. The stakes are pretty high for just about anyone who’s collected Star Wars stuff and re-watched the original films more times than they remember.
In the interest of full disclosure, I’m nowhere near that kind of fan. I grew up watching Hans Solo & Co., even collected some of the comic books. But I can’t quote scenes, and I’m not religiously attached to the lore that’s come to define an entire subculture.
That said, I certainly have respect for those who do. And, as a somewhat impartial observer, I’m fairly confident in believing they’ll be pleased by Abrams’ efforts. His track record and pedigree are the first clues; the trailers themselves seem like pretty conclusive evidence, too. At minimum, it’s probably safe to submit that things couldn’t possibly get any worse than Episodes I-III. From that low-bar perspective, Abrams will be viewed as a savior no matter what.
And no one should underestimate what that means to the staunchest of fans. This is, quite simply, far more than just another blockbuster.
As Abrams himself has put it (courtesy of IMDB), “Star Wars is probably the most influential film of my generation. It’s the personification of good and evil and the way it opened up the world to space adventure, the way westerns had to our parents’ generations, left an indelible imprint. So, in a way, everything that any of us does is somehow directly or indirectly affected by the experience of seeing those first three films.”
Indeed, the all-important “space western” has thoroughly influenced a generation (and that generation’s children). It’s only right that today’s premier sci-fi filmmaker take the reins.
Who else would have been up to the job? Who could have brought the same measure of gravitas, the same storytelling acumen?
This isn’t a job for mere directorial mortals. It’s a job for someone with a proven record of bringing franchises (like Star Trek) back to life. It’s a job for this generation’s space cowboy, J.J. Abrams.

Spectre: Should You Part With Your Cash To See Bond’s Latest?
5 Inspirational Figures That Were Actually Terrible F**king People