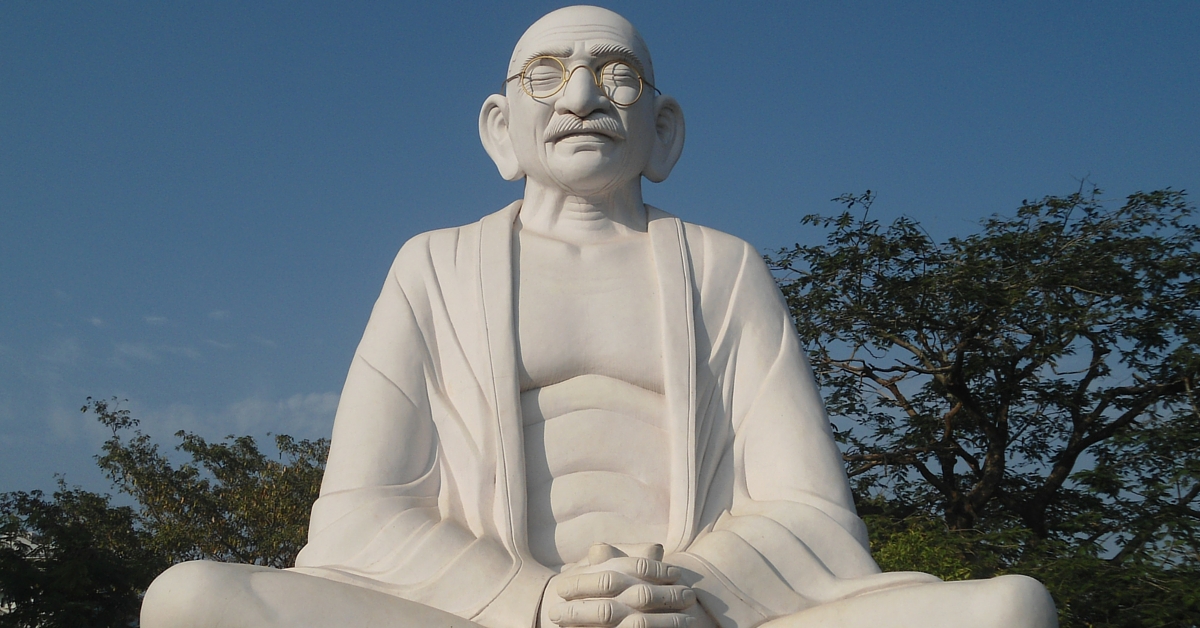 If we rounded up these 5 inspirational figures they’d probably hatch up a diabolical masterplan to take over the world by oppressive storm, while cackling in maniacal laughter along the way, yet somehow winning the hearts of the masses in the process. These dudes are dangerously charismatic. Let’s hold them up under the light and judge them for what they really are: terrible fucking people.

Wrinkled like a prune, in a tattered old loincloth, behind John Lennon spectacles, and with a bellyful of hypocritical advice sentiments, Ganhdi was a conman in every sense of the word. Widely worshipped, and a sinner guised as a Saint, the cultish figure was a dirty old man with sexually depraved tendencies. No, really. He encouraged naked nightly cuddle sessions with his niece Manu; but only when he wasn’t busy commanding her to fetch him stones for his feet from within a jungle where rapists regularly sought refuge whilst on the lam. Yes, Gandhi was a horribly misjudged, two-faced, skullduggerous fiend who took advantage of a world too easily sold on the soft delivery of charismatic, peace-themed discourse. It’s about time we brought the twisted man and his hidden tendencies from out the closet.

If political tyrants like Nixon had had Guevera’s PR team, they’d be immortalized through printed headshots, outfitted in rich oak frames, and hung nationwide on many ‘a mantelpiece. It’s absurd, truly. Fashioned as something of a counterculture, hipster, demi-god, Che Guevera continues to collect puppy-eyed support from an ignorant bunch of fools due to his profound audacity for deceit. He’s a mirage, a half-formed idea of a man bestowed too much power after supposedly liberating a people from the Batista regime, only to go on and implement an even more repressive and evolved police state. Impressively capable of imposing his will, devoid of a sane moral compass, it’s a wonder the revolutionary extraordinaire wasn’t tarred and feathered and pummeled to a pulp after sharing thoughts like, “a revolutionary must become a cold killing machine motivated by pure hate.” In what universe would someone who says something like that not be put under psychological scrutiny, and fed regular servings of shock therapy?

I was already well on my way toward detesting the sandwich-churning chain of establishments that seemed to always smell like hospital waiting rooms and never leave me a satisfied customer. Then the Fed’s pried open the demented Pandora’s Box that was Jared’s home to reveal the presupposed, comeback kid, health idol as a child-pornography obsessed perv. Here we have what I imagine was someone who was something of a rockstar, a beacon to the lost couch potatoes in need of inspiration. Just goes to show you never know what’s hiding ’round the corner.

In two years this devil-eyed, bible-thumping, ship captain who had a thunderous hard-on for gold after discovering the jewelry-clad Arawak natives, was responsible for the deaths of 125,000 people in the New World. Columbus enslaved the native population, violently enforced Catholicism as the ‘right’ religion, and pushed many of the indentured servants to take their own lives under the pressing weight of sheer and unadulterated helplessness. Columbus and his men demanded gold and sex from the Lucayan natives (often 9-10 year old girls) on a later trip as they continued to stuff foreign diseases like smallpox, measles, and influenza down the throats of a Native population with no immunity to infectious diseases. What happened when a native refugee failed to produce gold for the hungry hands of Columbus and his squad of soulless collectors? The refugee would have one of his hands cut off and fitted on a necklace to be hung around his neck, in place of what would normally have been a get-outta-jail-free-token: something to keep him off the radar of penny collectors for a couple months. Yet here we dedicate a national holiday to the greedy sea sailing bastard; and it’s all you and I can do to scorn the American tradition, and spread the word: Columbus was a massive dick.

Andrew Jackson was the first to put a name behind the idea that one can be a great President and a goddamn horrible person. Jackson’s a throwback rags-to-riches tale. The bark-chewing, log splitting, squirrel-gutting Carolinian countryman came from tough poverty-stricken times, to eventually run a country, but damned if he committed a few atrocities ‘long the way. For instance: he was a plantation owner who regularly bought and sold slaves, and willfully abused federal power to effect disadvantageous circumstances on the non-white population. With great power comes great responsibility; and it’s a shame such evolved corruption ran rampant so early in the development of the United States of America.

So well, that covers it: the 5 dudes no one would wish upon anyone. The fucked up fellas that should be fed coal the rest their lives; the guys that hopped an express shuttle for the underworld when they met their Maker. Yes, these 5 figures all stand as a collective lesson in the evil that can accompany power left unchecked.
Who else deserves to be on this list?

Has J.J. Abrams Saved the Universe With Star Wars: The Force Awakens?
10 Apps Every Guy Should Download ASAP