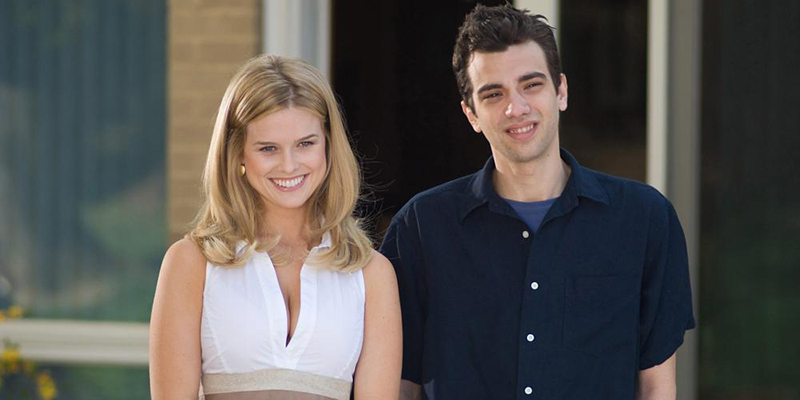 Are You Being Taken Advantage Of? How To Avoid Being Her Beta

Being friends with a girl that you think about sleeping with on a regular basis is pure bullshit.

If there is a high level of sexual attraction between the two of you, but she treats you like her friend, or someone she can talk to about the daily stresses of her life, something is seriously off.

Why? Because she’s not stupid; if she’s attractive, she knows you want to sleep with her, but instead plays dumb and acts as if you’re just as happy about being pals as she is.

The problem is that a lot of guys delude themselves into thinking that it’s normal or acceptable to be mere friends with a girl without addressing the fact that there’s something deeper going on.

If this sounds like you, it may not seem like it, but you’re being taken advantage of. You are, in very early human terms, her beta male.

You are available whenever and however she needs you, but it will never involve giving her an orgasm. This could go on for years under the guise that the two of you are just really close buddies.

There is a crucial distinction between a guy and girl who are friends because there is barely even a lukewarm sexual spark between them, and a guy and a girl who pretend to be friends while the sexual tension between them gets thicker and fatter by the day.

The sad truth is that the only person who really loses in this situation is the guy. He goes with her shopping, to museums, even the occasional dinner, and it seems like he’s dating her.

The reality is that all he’s doing is giving her attention, and being a placeholder for her next actual boyfriend.

Consider the following example: a girl has a boyfriend who is broke, emotionally comatose and not all that loyal, but somehow knows how to keep her coming back.

This is the guy she is sleeping with on a regular basis. And then there’s the other guy: a friendly dude who has it together but is lacking a certain edge or go get-it attitude when it comes to women.

She only keeps this guy around to make her feel better when she’s had a rough day or to turn to when she’s bored and no one else is around.

He may not realize it and he may tell himself otherwise, but he’s putting in a lot of time for a girl that he secretly likes while getting a lot less in return.

This is the sign of a provider or beta-male. It’s the same reason women cheat on their wealthy husbands.

He’s the provider that gives her what she wants emotionally, possibly even economically, but when it comes to adventure, or a guy to sweep her off her feet and give her incredible, headboard shattering sex, she looks elsewhere.

In a way being the beta in a girl’s love triangle is worse than being friend-zoned. The friend-zone typically requires minimal investment once you’re in it.

You can see each other once a month, and keep your distance if need be.

Being the beta is actually a form of quasi-dating, where the girl benefits from the interaction while withholding the full benefits package of a real relationship: walking around each other’s apartments naked, making out in public, whispering sweet nothings to each other and of course, sex.

A lot of single women, while they will never admit it, understand this dynamic and exploit it. They are emotionally hungry beings and in a way, it’s hard to lay any blame for it.

Still, this doesn’t mean it’s your job to be the one to feed them.

If you start to sense that you’re a beta, or you know you’re attracted to a girl that considers you a friend, either get out of that situation or change it.

Make your intentions clear, or give her a reason to rethink her opinion of you.

Usually, when a girl labels a guy she meets as friend or beta material, it’s because there is something brewing in the way of a connection, but he fails to make a move or to be aggressive enough.

In her mind, this makes him someone she wants in her life, but not someone who is masculine or attractive enough to actually date.

It helps to be aware from the get go. If you sense that the two of you are forming a bond when you first meet, don’t let it linger and fizzle out.

If you’ve been gaming long enough, you should know the signs that a girl is interested, and if you miss your opportunity to kiss her or tell her how you feel, she’ll see it as a flaw in your character or your ability to attract women.

It’s extremely hard to come back from this kind of indictment, and you’ll only get so many chances to lean in for that kiss, or show her that you’re a lot more than just some guy she can text when she’s bored.

The key is to pay attention, and to not give her a chance to take away any of your man cards. The second you feel that there is mutual attraction forming, you have to do something.

It can be as little as holding her hand, putting your arm around her waist or taking her somewhere romantic like a beach to talk.

The point is to subtly imply that you are actively pushing the interaction toward something romantic, sexual or otherwise.

It is imperative to realize that you only get a few shots at this, and not pulling the trigger will land you in a situation where you’re half-dating a girl, investing loads of time (and possibly money) in her, and all the while harboring feelings of deep attraction that go unrequited.

Pay attention from the second you meet her because she may be trying to tell you that your one shot to make a move and make her yours is fast approaching.