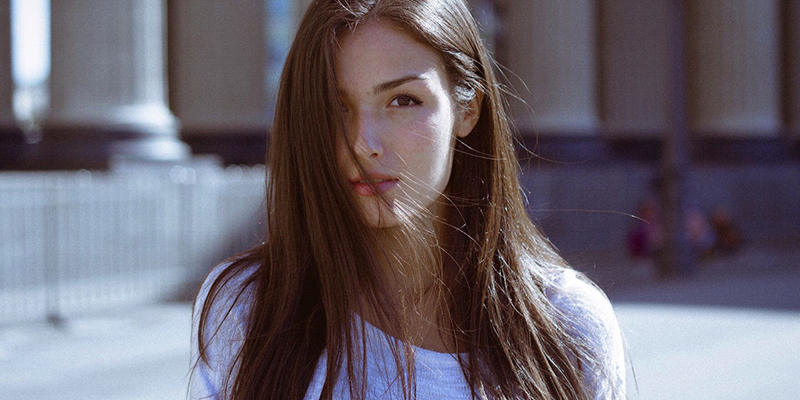 She’s Not Ready: How To Know She’s Still In Love With Her Ex

You know why true love isn’t really a thing?
Because love is so often one-sided, with one party wearing their heart on their sleeve and the other not even aware of the other’s existence, that it makes me wearisome to consider any love true.
Love fades. Sometimes implodes. Other times it never grows from its infancy, because it’s only nurtured by one individual. There is no such thing as true love.
There’s just love — in its imperfect, flawed, and often untrue ways.
More often than not, we define love not by the happiness it brings us, but just the opposite. We define love by the pain it brings.
The more we miss someone, lust after them, obsess over them, the more we believe ourselves to be in love. It’s how crazy love can make us, that leads us to believe that love and pain go hand-in-hand. This can be dangerous, for obvious reasons.
Sometimes the pain we’re feeling isn’t a sign of love, but rather a sign that what we’re experiencing isn’t truly love.
It’s easy to confuse love with different mixtures of exciting emotions. And when you throw in a hint of obsession, love and whatever the hell you want to call this mental concoction, can become almost indistinguishable.
But then again… maybe we’re just too focused on the emotions that love is associated with, and not enough on what really matters: how this person positively influences our lives.
Because if they aren’t a positive influence, then they’re a negative influence, and love should never be negative influence.
Of course, when you’re dealing with all this, it can be incredibly difficult to get your head on straight. Sometimes you just don’t know what it is that you’re feeling — and more often than not, it’s because you have no idea what it is that she’s feeling.
Women can be difficult to read… or rather, when we’re in love, we don’t always like to accept what we’re reading as truth. Take knowing whether or not she still loves her ex… You already know the answer to that question.
But instead of accepting it, you came here to read this article. Nothing wrong with that… but by the end of this piece, I think you’re only going to accept that which you’ve known all along: that regardless of how she feels about you, she still loves her ex.

She seems to be keeping things strictly physical.

There’s this widespread belief that women are instinctively more affectionate, and less sexual — at least when compared to their male counterparts.
This, however, simply isn’t true. Women love sex just as much as any bloke; some, I daresay, even more so. Even those that seem more timid, likely act that way because they were raised to believe that being sexual was wrong.
Thankfully, that way of thinking is fading into memory. As any guy would agree, a woman with a healthy sexual appetite and views of sex — that she isn’t afraid to share — is the best kind of woman.
With that being said… if the relationship seems strictly physical, there’s a reason for it. It’s really not much different when it comes to men.
The reason most men sleep around and enjoy keeping things purely physical, is because they got their heart broken and have yet to get over it. I’ve been there. And the truth is that after you sleep with a few dozen women, they all start to blend together.
At that point, you realize that the grass on the other side isn’t greener at all. So you grow up and decide to find something more stable.
Unless, of course, you’re still heartbroken. At which point you have trouble seeing anyone as a potential life partner.
The very same goes for women. If you feel like she’s treating you the way you’ve treated countless women, then you know she’s still in love with her ex. Sucks to be on this end of it, no?

Even though you can tell she cares about you, it doesn’t seem like she believes the two of you have a future together.

There’s different stages to moving on… my favorite is the one where you convince yourself that you have moved on, so you meet someone great and start dating them, only to have to convince yourself everyday that you wouldn’t rather be with the one that broke your heart. Telling yourself that you’re over them is a start. But it’s not the end of it.
Even if she does care about you and is making an effort to make the relationship work, that doesn’t guarantee that she isn’t still in love with her ex. Some people enter our lives, make a huge impact, and then leave a crater behind in their wake.
Scars heal, but it takes time — sometimes a lot of it. Whether or not you want to stay in the game is something that you should really take the time to consider.
Because I know how much it hurts to know that the person you love, loves someone else. Even if they love you, just the mere fact that they also love another, hurts. That’s a lot of love going around.
But that’s how things are sometimes. Love is complex. People are complicated. Relationships are messy and not always linear. My advice to you would be to try not to focus too much on who else she loves, but instead focus on whether or not she loves you.
If she doesn’t love you, and you’re fairly certain won’t love you, then you need to move on. But otherwise… it may be worthwhile sticking it out. Love is never easy; maybe this is a necessary challenge.

You catch the change in her face the moment she thinks you’re not looking.

Not too long ago I got a chance to try and remedy my relationship with my ex. We hadn’t spoken for years, yet by some miracle I managed to open up a line of communication between the two of us.
She had just broken up with her boyfriend, and told me that this whole time, even though she did love her now ex-boyfriend, she never stopped loving me. Straight from a fucking movie, huh?
And then one night, after we spent a night of dining and dancing, I put her in a cab and on her way home. I turned around and headed off in my own direction, but I turned around to take one last look at her in the backseat of the car.
That look on her face… I’ll never forget. It was this look of emptiness. We had spent hours together, having a good time, but the second she was alone, her thoughts were no longer on me, but on someone else.
At the end of the day, love is little more than the summation of thoughts in your mind. The more you think about someone, the more they’re on your mind in a positive, loving, affectionate manner, the more you love them.
If she’s with you physically, but you can see it in her eyes that she isn’t their mind & soul, then I’m very sorry… She’s still in love with someone else
Once I saw that look on my ex’s face, I knew it was over — before it even got started. If this is the look you catch on your woman’s face, there really isn’t much you can do.

Why Dating Multiple People Isn’t A Crime And Will Actually Make You Happier
Ghosted?! The Real Reason Why She Disappears On You (Video)