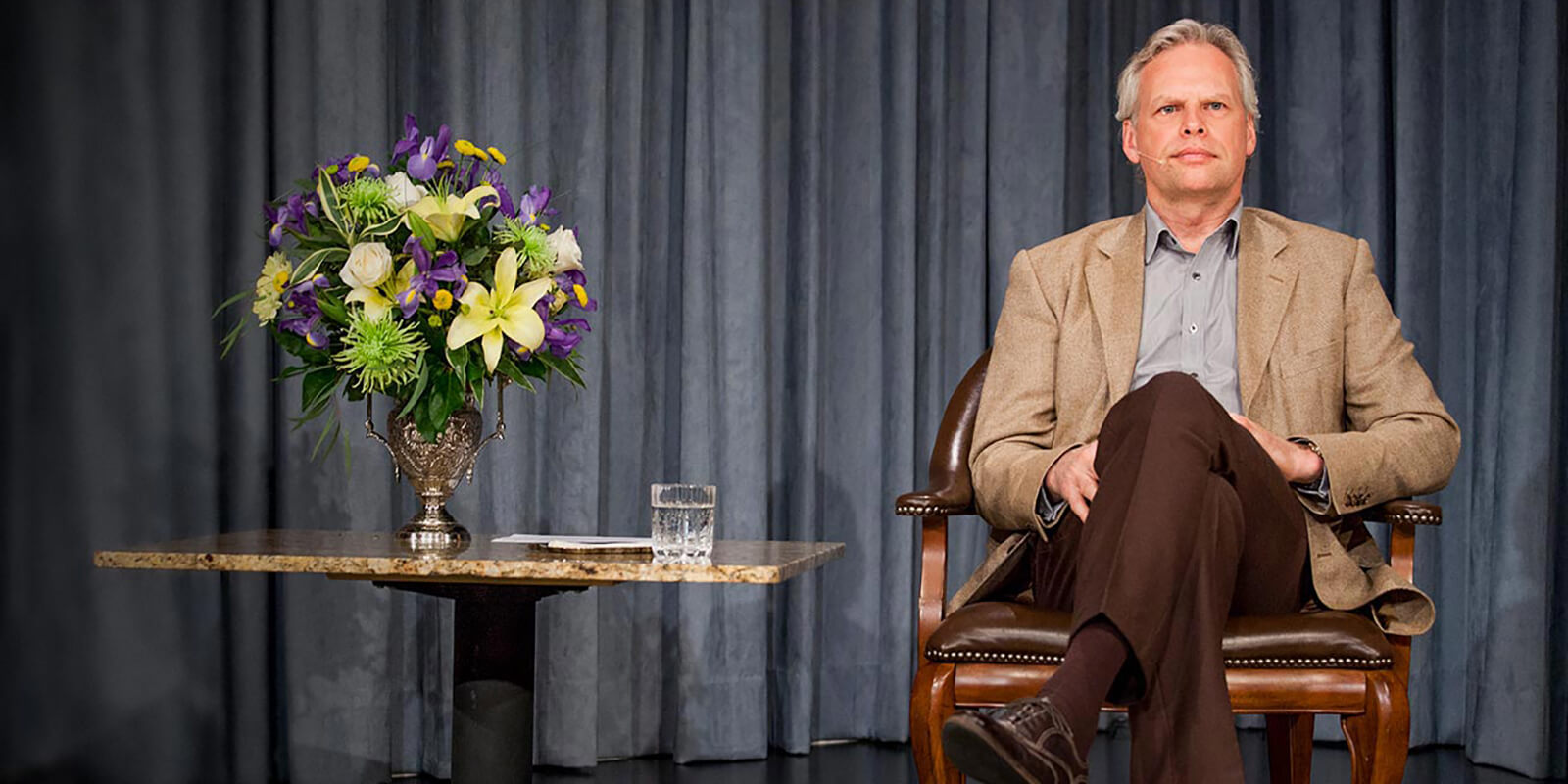 In a world seemingly moving closer to destruction, it seems that more and more of us seek answers in a society that deprive us of them.
Idolatry and finding personal strength in the higher order, whether it is sports, media, or even the age old classic, religion, has always been the standard norm for people to find their truth.
Yet despite all the answers coming from structures of evangelism and others who claim hidden knowledge, one man has completely flipped the common convention by not speaking at all.
Who is John de Ruiter? He could be described as a prophet, cult leader, inspiration, hack, and a thousand other names, but between there is one single act that compels attention from audiences across time, his near endless stare.
Formerly an Albertan pastor and shoemaker, Ruiter shifted from a humble lifestyle to becoming the silent voice uttering truth as the head of the College of Integrated Philosophy in Edmonton, Canada.
His teachings consist of a little more than a paragraph of insight over the course of three-hour sessions of silence and shared stares between Ruiter and a full audience.
It’s hard to imagine a movement fueled by a little more than whispers, but according to an in-depth analysis provided by Vice, the College, and the town of Edmonton, is populated by loyal devotees who claim to have found meaning through the muted charisma emanating from John de Ruiter.
Within the walls of the Oasis Center, and in international meetings worldwide, Ruiter has managed to convey a feeling of peace and revelation within the hearts and minds of men and women who feel that John speaks in volumes more richer than any other who claims the truth.
Ruiter teaches us the simple truth about communication – less is more, nothing is everything, and that people are gullible and misguided sheep that can be herded with a simple look.

Overcome With Seasonal Tiredness? 3 Ways To Stay Productive In The Cold
Blackberry Returns To The Handset Scene With New Model For 2017