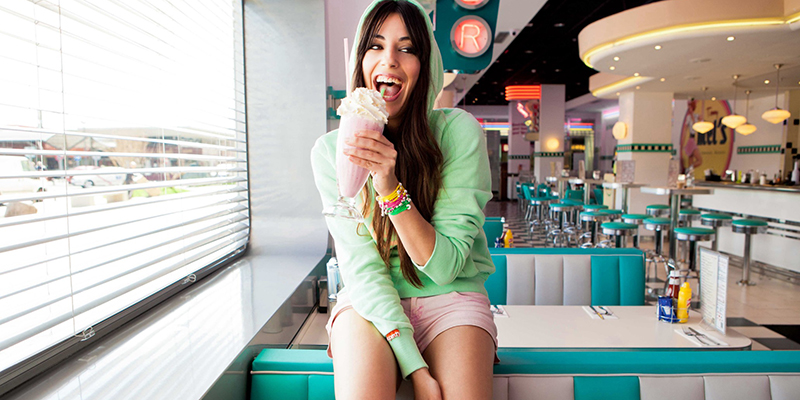 If you’re playing the game correctly, you should be encountering lots of women on a very consistent basis.

Your phone should be filling its measly 32G worth of storage just with phone numbers alone, and you have to actually cancel dates because it’s just getting to be too much.

These are the signs that your game is tight, and that your social life is, well, lively.

If you’re not into the whole relationship thing, then you should be out there meeting new women as much as possible.

This is cool, as long as you’re not leading anyone on. But what do you do if a few months goes by, and you have a strange urge to re-connect with a chick you hooked up with or even dated.

Sometimes, it takes a while to figure out how great a girl is, and you may not even realize it until they’re gone from your life.

In some ways, it’s a hopeless feeling, but is there really no way to re-open the door to a relationship that previously ended? Of course there is, but in a lot of ways it can be even trickier and more complicated than picking up a totally new girl.

If things ended between the two of you, she may have some lingering negative feelings towards you. Maybe she wanted something more and you didn’t, or maybe you did something to piss her off and that’s why you both took some time apart.

Whatever the reason, there’s a good chance you can’t just pick up the phone, text her, and have her over at your place within the hour.

Logically, the two of you know that you’ve hooked up before and spent loads of time together, but emotionally that stuff might as well have never happened.

If she knows your approach already, and you do the exact same thing to pique her interest that you did six months ago, she’s going to get really bored, really fast.

Pepper in some comments about the good times you had, but don’t rely on memories to get her to want you again. Treat her as if she’s a girl you’ve never been with and make reconnecting exciting for her.

Admit that you messed up

A lot of guys have weird rules about never apologizing because it shows self-doubt, but in this type of situation, it actually shows confidence and the ability to know when you’re wrong.

If the previous split was because of something you did and you still feel terrible about it, don’t think that apologizing will drive her away even further.

It’ll show her that you’ve been thinking about what happened between the two of you, and that you actually care that things went sour.

You don’t have to beg for forgiveness, but simply declaring your sorrow for being a prick will go a long way.

There is nothing more attractive to a girl than a guy who is continually trying to better himself.

Maybe when you met her, you were living in a studio apartment with nothing but an induction cooker and a shower (or worse, with your parents), but if things are different now, you should let her know.

It could be that you’re making more money, or that you’ve gotten in better shape—the point is, just let her know you’ve improved yourself in some way.

If she cares about you, she’ll be happy that you’re working on yourself, and will want to be a part of your success.

Do it for the right reason

If you only want to reconnect with her for a one-night stand, then you’re reaching out for the wrong reasons.

Having one night of passion with someone you used to be with will only confuse both parties and when you tell her you aren’t looking to necessarily be with her again, it’ll just make you look like an asshole.

There’s nothing wrong with a one-night stand, but make sure everyone’s intentions are clear. The whole point is for there to be no attachments; going for the “rebang,” just because you feel like it isn’t helping anyone.

Before you go and fire off that “I Miss You” text, take a step back and consider the outcome.

If you really like this girl and want to give things another shot, then by all means, go for it. But if you aren’t sure, or you haven’t been successful at the bar lately and are just feeling down in the dumps, maybe hold off until you’re thinking a bit more clearly.

Everyone makes rash decisions when they’re emotional or lonely, but trying to rekindle an old flame should be done with a rational mindset. If you don’t really want to get involved with this chick again, then it’s only a matter of time before the issues that drove you apart in the first place crop back up again.

It’ll be a waste of your time and hers, so give it some thought before you make contact.

Part of figuring out what you like in a person is inextricably tied to dating other people and comparing them. It’s good to keep girls in the back of your mind even if you aren’t seeing them at the moment.

It takes time and experience to figure out that the girl you were with a year ago was the most awesome, sexiest, funniest one you’ve ever met. That’s why it’s totally not out of the question to try and pick up where you left off.

Just make sure it’s what you want, be honest, and the rest will take care of itself.

Stop Wasting Time: Why The Direct Approach Will Always Win Her Over
5 Subtle Things Men Do That Comes Off As Desperate To Women