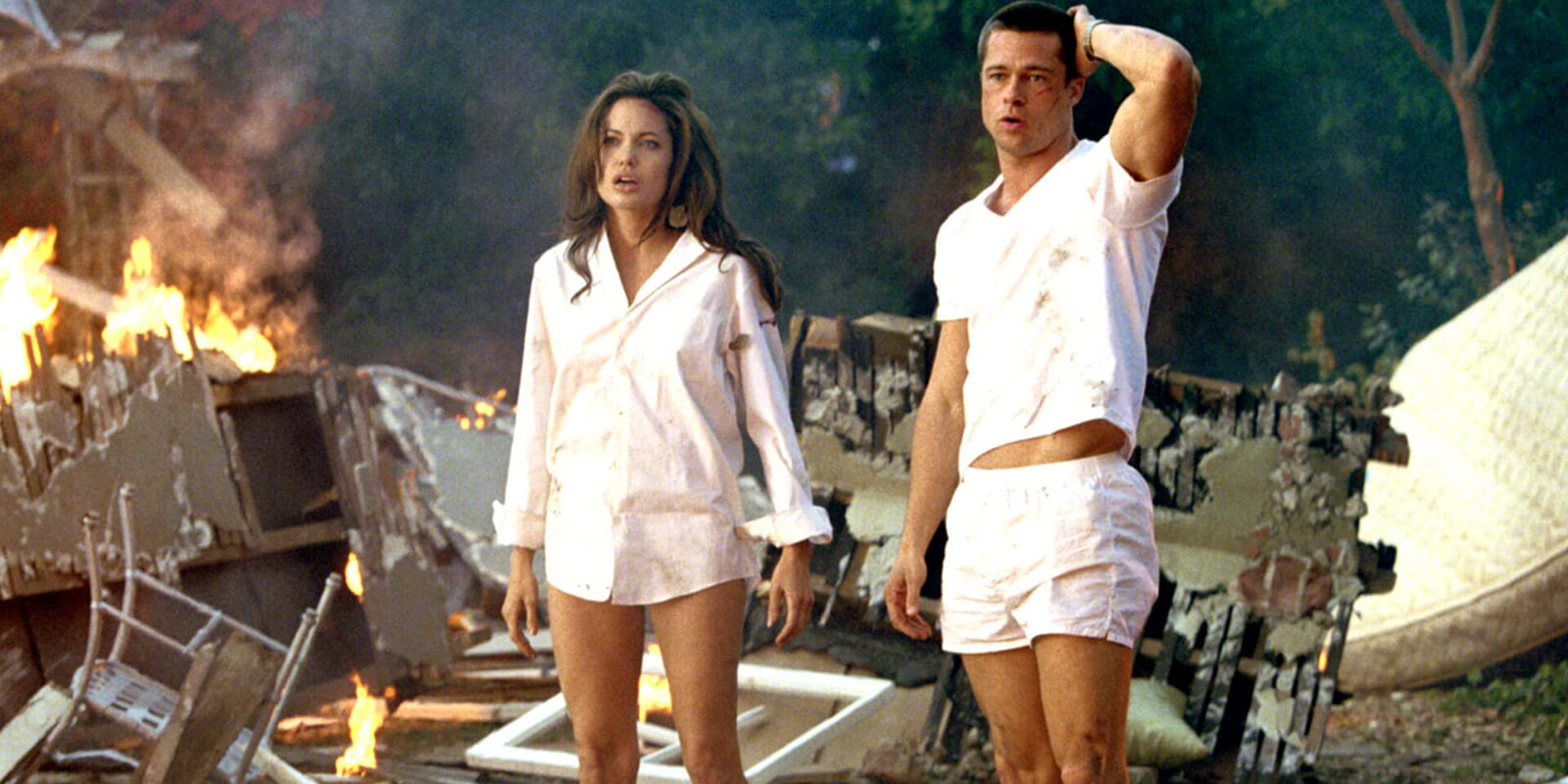 Let It Go: 9 Reasons Why Your Relationship Is Doomed To Fail

1. You don’t know what it means to compromise.

I’m sure you hear this all the time — “relationships are all about making compromises.” And you hear it for a good reason; because it’s true. Everything in life is a trade-off of some sort.
Relationships are no different. One of the main reasons that relationships fail is because either one or both people are unwilling to compromise when compromise is necessary.
Compromise is a two-way street, mind you. So if only one side is making all the compromises, sooner or later the relationship will fall apart.
No one likes feeling like they’re being taken advantage of, and no one likes always having their way — we all like a challenge.
We just don’t always understand that we need challenges in our life, and instead run when we feel some discomfort.
Funny thing is, more often than not, the things people aren’t willing to compromise on, are things they don’t actually give a shit about. We just like having things our way for the sake of having things our way.

2. You don’t know how to pick your battles.

If you don’t give a shit about something, then don’t fucking argue about it. It’s really that simple. Why do couples insist on fighting over shit that they’ll forget about the second the bickering stops?
If you don’t care about something, and be honest with yourself, then just let your partner have his or her way. Although you don’t care, maybe they do.
Some battles are worth fighting over — no one’s saying to be a pushover. You need to stand your ground when you feel very strongly one way or another.
When you’re passionate about the cause, or there’s some significant emotional significance tied in somehow, then it’s understandable to not compromise.
Just understand that if the two of you stand on opposite ends of a topic that you’re both passionate about, it’s unlikely that you’ll come to a resolution. Pick your battles and only fight the ones you’re certain need to be fought.

Lying is crucial to a healthy relationship — and anyone that tells you otherwise is full of crap. I’m not even talking romantic relationships exclusively, but all interpersonal relationships.
Imagine how your life would be if everyone always said exactly what they thought. We’d all grow to hate each other, and stop talking to each other altogether. Lying is what allows us to function as a society.
Your relationship is no different — you just need to know what you can and can’t lie about. I have an easy rule for this one: don’t lie about actions, but your thoughts are yours alone.
Don’t lie about where you slept last night, but don’t tell me that I look like shit today. I pulled an all-nighter and just chugged my 8th cup of coffee. I know how I look; I don’t need to hear it from you.
But I would like to know why the hell you didn’t come home last night.

Women are known for holding grudges. Or at least that’s what every sitcom ever created has taught me. Guys hold grudges as well — that I know for fact. We all do.
When it comes to strangers, or people that we aren’t very close with, it’s relatively easy to let bygones be bygones. When it’s someone you love — someone you trust — letting things go isn’t easy.
Some people refuse to let go of things because they like to hold it over the other. That’s just childish and dumb. If you’re simply holding onto things in order to make your partner feel bad, then that makes you a bad person.
If, on the other hand, you’re trying to move past it, but can’t because he or she really did hurt you, then that’s another story. Forgiveness isn’t always the easiest thing to dish out.
But you’re only two options are to forgive and move on, or to break things off. Sometimes we can’t let go of it because we know we shouldn’t. If that’s the case, then it’s probably best you follow your gut and call it quits.

Empathy is crucial in a relationship. Guys, you know how your lady always expects you to know what she’s thinking, without her saying how she’s feeling? Well, that’s because she expects you empathize with her.
Truth is, the more you love someone, the easier it becomes to empathize with that person. What women need to understand is that empathizing doesn’t come as easily to the male sex as it does to you.
Women are better at empathizing. However, that doesn’t mean that guys shouldn’t try. In fact, that’s exactly what she expects from you.
The connection that love forges is built with empathy. Understanding how the both of you feel, finding that mutual wavelength you share, caring for each other immensely, all of this is empathy.
When you worry about someone, you’re empathizing with how you believe they are feeling in whatever unpleasant and frightening situation you believe they may be in.
To love is basically to fully empathize with an individual. The two of you, in a sense, becoming one.

Most people love selfishly. And this fact is the main reason most relationships fail; they fail because you’re confused with what it means to love.
I like to imagine love consisting of two parts. The first being the romantic part — the selfish, ego-driven part. And the second being pure love — what philosophers once referred to as Agape.
Love always starts as being just romantic, and can flourish into something purer. Most relationships never make it this far.
Most people love for themselves, instead of loving the person for the person him or herself. You love them because they’re a means to an end, and not because they’re the end itself.
When you love romantically, you love for you. Because it makes you feel good. Because you have a need for that love to be reciprocated.
All ego-driven. It’s not until you love because you can’t not love, that you can say that what you have is true love.

7. You’re not happy with yourself.

If you don’t like you, then you shouldn’t be in a relationship. Finding a partner isn’t about finding someone that will fix you — that will fill whatever voids you believe need filling.
Being in a relationship because you’re unhappy is silly, because 99% of the time it won’t make you happy. The point of being in a relationship is having someone to share your happiness with.
And the only way to be happy, is to be happy with yourself. So work on it, and then find someone.
Not saying that if you meet someone amazing, you shouldn’t take a chance. You should. I’m just saying that your focus right now shouldn’t be dating and meeting people.
It should be reintroducing yourself to yourself. Take an honest look in the mirror, and figure out why you’re not happy with the person staring back at you.
Figure that out and everything else will begin to fall into place.

8. You’re with the wrong person.

It may not be what you want to hear, but many times we’ll find that the reason our relationship is so difficult to keep from falling apart, is because it’s unnatural.
Some people are wrong for each other, just aren’t meant to be. How do you know if that’s the case? I’m not really sure how to answer that one… I guess you just know.
The problem isn’t so much knowing, it’s having it in us to be honest with ourselves and admit that things aren’t going to get better.
It can be hard… especially if you’ve invested years into the relationship. But better to rip the bandaid off sooner than later.

9. You don’t put in the necessary effort.

Sometimes, we’re just lazy. We all make an effort when the relationship is young. But as soon as we think we won the prize, we start letting things go — usually including ourselves.
We no longer make the efforts we used to make. We don’t bother looking our best. We don’t bother trying to be creative, to impress, to surprise.
Which just proves my point about the selfishness of romantic love.
The romance dies when we no longer feel like we need to try. This is incredibly sad, because many relationships that could have been wonderful, either fall apart or fail to reach their true potential.
It’s very possible to be with the love of your life, and have a crappy relationship. Never stop trying. Never stop making an effort.
Never think that you have him or her forever, because the fact is that you don’t. No matter what, you’re going to lose each other in the end. Use what time you have to make the very best of it.
You’ll both be happy you did.

Changing Yourself For A Relationship: Why And When To Do It
Post-Sex Test: How You Act After You Get It On With Her Says A Lot