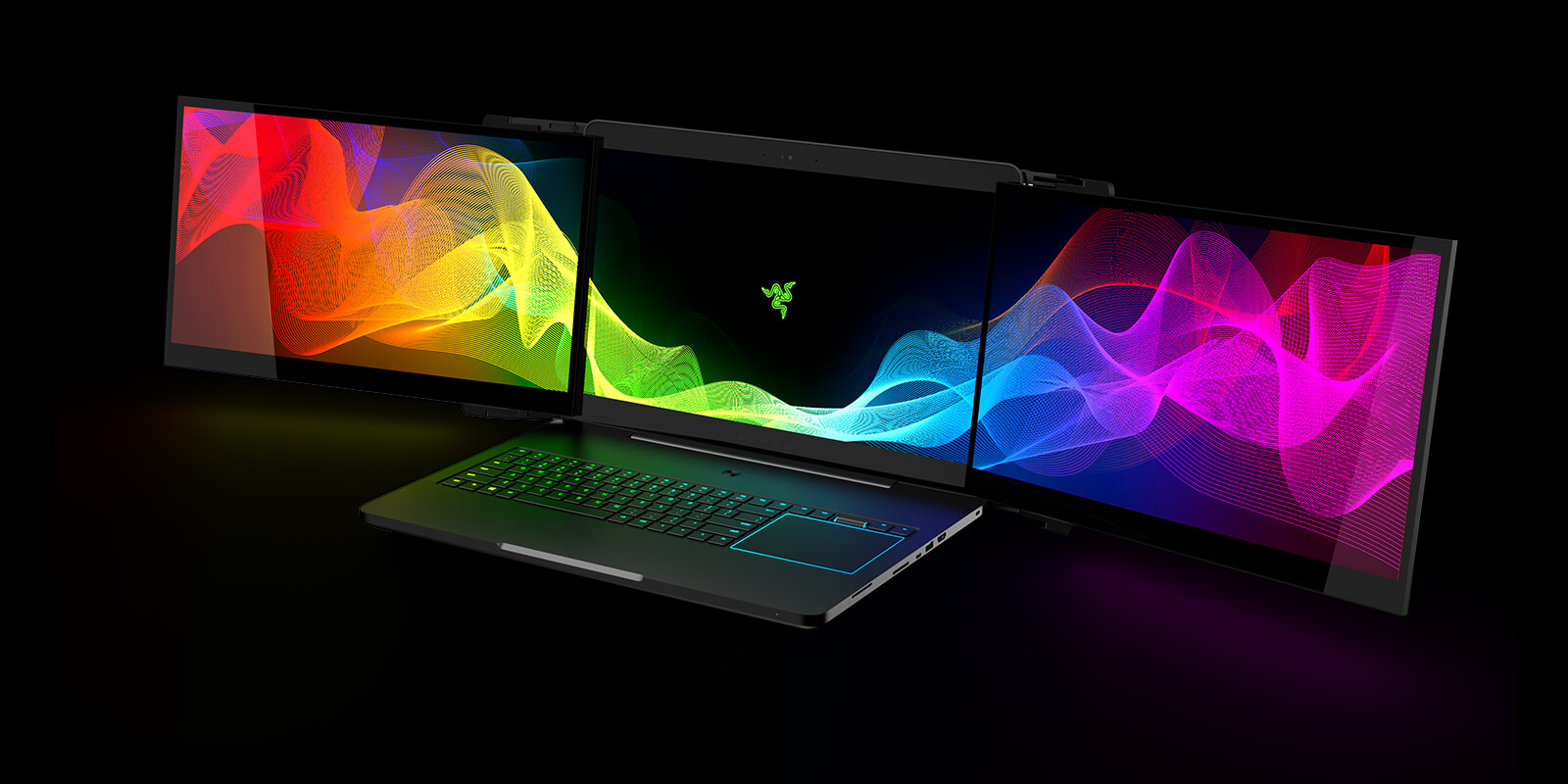 Razer Goes Rogue Once Again With A Three Screen Laptop

Every year CES hosts a plethora of ingenious, practical, and wildly outlandish products emerging from the tech industry.
Despite industry trends skewing towards the home and technology integration with products, one company seems to defy expectation with their counter-culture products.
This year hardware company Razer defies expectation with a three screen laptop experience that could revolutionize the mobile computing experience.
Razer isn’t unfamiliar with working on novel ideas, in fact, one of my favorite products that never really took off was their take on a modular PC experience in the form of Project Christine.
While Razer isn’t designing high-end gaming equipment, their concept designs always manage to draw attention from the press and audiences, and this year’s foray is provided by Project Valkyrie.
In contrast to the standard Razer design tenets of minimalism and cutting-edge form, Valkyrie seems to discard all Razer design ideologies by creating a more than bulky laptop with the heft of three 17 inch displays.
Though outlandish, Razer is utilizing quite reasonable hardware through its incorporation of the Nvidia GTX 1080 graphics card and using HDR (High Dynamic Range), the most current standard for displays, with Razer G-Sync Technology.
Unfortunately, the massive 12-pound weight of the product does mean that unless you feel like holding down a brick for the entirety of your day, this won’t be your computer of choice.
Razer, however, doesn’t particularly mind as Valkyrie isn’t designed to be released commercially to public audiences, and rightfully so.
Despite being a neat concept, philosophically Project Valkyrie doesn’t meet with Razer, or for that matter the entire industry’s, design standards.
In reality, most gamers and designers are the only audiences really using a multi-screen experience, and even then a three-screen experience would preferably be combined with an even more powerful desktop.
As interesting as this idea is, it’s also a good display of Razer’s capabilities going forward into 2017 and beyond.