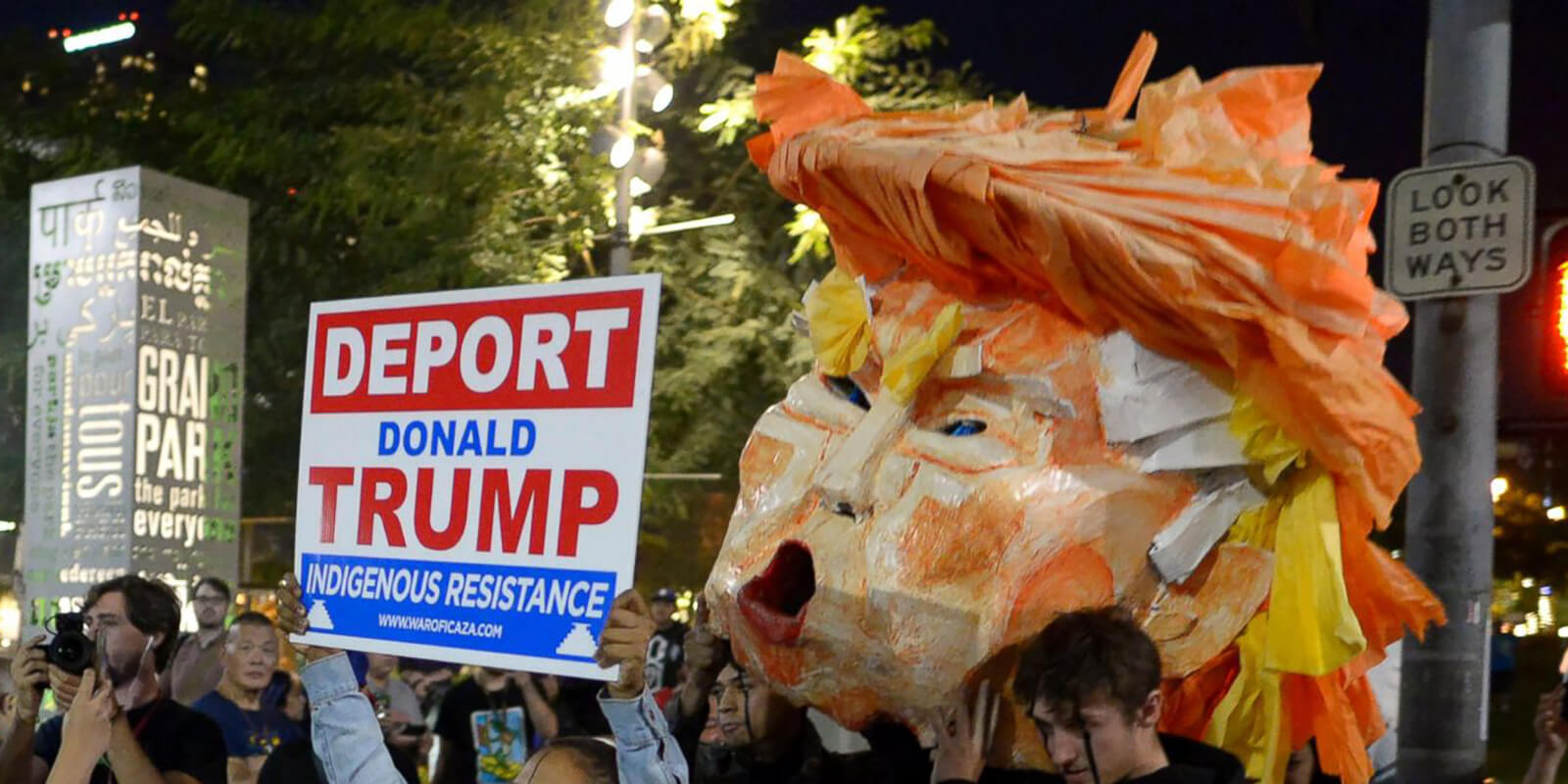 With the United States now two days into the reality of a Trump presidency, half of the American public have switched from stunned silence to active outcry.
With opinions catapulted from all sides of the discord, from the streets of New York City, to the coast of California, it is evident that the division in America has reached a fever pitch.

With both candidates being New York-based, the city that never sleeps kicked into overdrive as the voices of discontent flooded in across the five boroughs.

Protesters made their presence known by flocking to the iconic skyscraper belonging to the President-elect, creating gridlock for streets on end.

Anti-Trump Protesters have the streets shut down for blocks in every direction around Trump Tower. Via @KeeganNYC pic.twitter.com/Q4KLQVQFV5

In the streets of the Windy City, protestors whipped up a storm of ire with Trump announced as the next president. Throughout the day, crowds surged and cried out against the results of the election.

Hillary Clinton supporter on the anti-Trump protests: "This is not helping" https://t.co/oZz0jUmo8i https://t.co/75x7tA5hoY

California, a large state contributing votes towards Clinton, has primarily been in favor of Democratic values, and has a long history of social protest.
Yesterday was no different, as Californians made themselves heard with massive protests electrifying the already tense atmosphere.

Virginia was a key battleground state for both candidates which inevitably ebbed in favor of Clinton.
Despite the candidate’s overall loss to Trump, the people of Richmond made their opinions known as protestors shut down interstates and vocalized their displeasure with the current President-elect.

Washington has always been a source of liberalism in the U.S, and an obvious turnout of people was to be expected, however the scale of the outcry of protesters was stunning, as thousands made their anger and disbelief heard towards law enforcement and officials alike.

Right down to the streets of Capitol Hill, the unrest bubbled and boiled instantaneously, defining the american frame of mind of division present all around.

"You can't ban me" is chant at #protest, #Trump Hotel, Washington DC. pic.twitter.com/PBAY9vJupQ

It is evident that the American social state is unsettled at the least. No one knows how the course of the next four years will go for the American people, with a population divided and distrust in Government at it’s height, the United States has the difficult job to put a house in order.