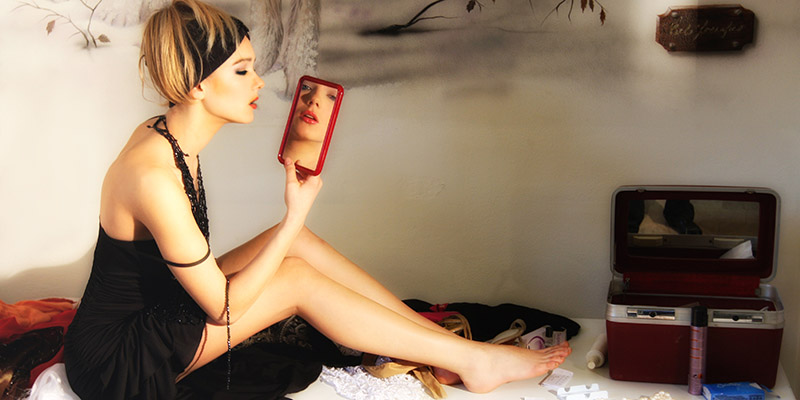 Playing Hard To Get: Why Turning Her Down Will Make Her Want You More

Most of the time guys want to go from meeting to sex as quickly as possible.

No guy wants to wait weeks to sleep with a girl he’s seeing.

It’s got nothing to do with being aggressive or pushy about sex; it’s just a need to manifest our attraction for a girl by sleeping with her.

What separates the guys that are good at game from the ones that aren’t is how you deal with wanting to sleep with a girl.

Lesser guys will assume that more attention, more pleading and more time will eventually tip the scales in their favor and they’ll end up in her bedroom.

Girls know most guys are like this but most of them hate it. Girls don’t want to get the feeling that they can turn a man into a pathetic heap that begs them for sex.

It’s incredibly emasculating and creates a vibe of objectification and selfishness on the guy’s part.

When a guy begs for a girl to sleep with him, it conveys that the experience is all about him, because he’s not giving her a chance to build up her own attraction.

Anyone who’s been out in the trenches in the dating scene knows sex is best when both people are actually into it.

Related: How To Turn A Woman On

Putting yourself in a position of lower value by telling a girl you’ll do anything to have sex with her, is doing nothing except making you seem less attractive and, at best, will yield you a pity lay without any of the daring adventurous stuff.

Some might disagree, but at this point, it’s hardly worth it.

Ask yourself: why are men constantly chasing women? It has to do with biology, sure, but there’s another level.

The main reason is that women have the capacity and the right to say no. No matter the situation, the woman has the power to decide whether or not sex happens.

Whether you admit it or not, this is a very exciting idea and boosts a woman’s value.

A woman’s control over something as gratifying and rewarding as sex, makes men want it more. In a lot of ways, the possibility that she might say no is what we find most attractive.

Of course, we’d prefer if she said yes, but there is still something to be learned from the girl side of game.

It kind of makes you wonder what would happen if you got a girl interested, but then when sex seemed like a possibility, you said no.

What if she sent you a picture of her in her underwear, and you didn’t react by begging her to come over. Would she get offended? Or would she want you even more?

The answer is almost always the latter. Girls spend most of their lives getting pressured by guys to take the next step, and it gets exhausting.

By toying with the idea of turning her down, she’ll start to see almost instantly that you have more self-control than the others she’s dealt with.

Also, she knows in the back of her mind that you still want to and that saying no is essentially just a form of flirting.

However, it’s a form of flirting that takes an immense amount of discipline, which will earn you a large amount of respect in her eyes, not to mention a high level of attraction.

The key is in how you say no. You don’t want to reject her in a negative way, but rather in a way that is ambiguous or playful.

Say it with a smile, and she’ll know that you’re just messing with her.

She’ll also wonder in a small way if you’re serious. No one wants to be said no to, and even though you may say it as a joke, she’ll still wonder if you’re actually uninterested in sex.

The curiosity alone might be enough to get her to yank you by the arm into her bedroom.

This strategy is especially useful for extremely attractive girls. Girls like this are so jaded by men coming onto them, that any change is enough to pique their interest.

You might even be the first guy to intentionally delay sex with them, and at first, they won’t know how to react.

It’s a good thing and is thousands of times better than putting yourself in a position of desperation by begging her.

And when the time finally does come when you sleep together, be prepared; it’s going to be intense. There are varying levels of sex that people engage in.

Most guys, if they get laid at all, get sex out of pity, or the girl feeling bad that he spent the last month begging.

It’s boring, begrudging and usually done just to get the guy to leave her alone.

The other kind of sex—the kind that’s en fuego—only happens when she’s overwhelmed with attraction for you and actually wants to be there almost more than you do.

It’s an age-old truth—people want what they can’t have.

Denying her a few times is only going to make her want you more and she’ll be much more creative during sex because she actually cares about making it good.

It takes a lot of discipline and it’s very counterintuitive, but if you can delay sex a little bit, and essentially fight fire with fire, you can boost attraction and flip the script in any interaction.

The golden rule for game is to find ways to differentiate yourself from the guys who don’t know what they’re doing and turning the tables when it comes to sex is a great place to start.

A Beginner’s Guide To Mastering The Art Of Sexting
Catching Feelings For A Friend: What To Consider Before Making Her Official