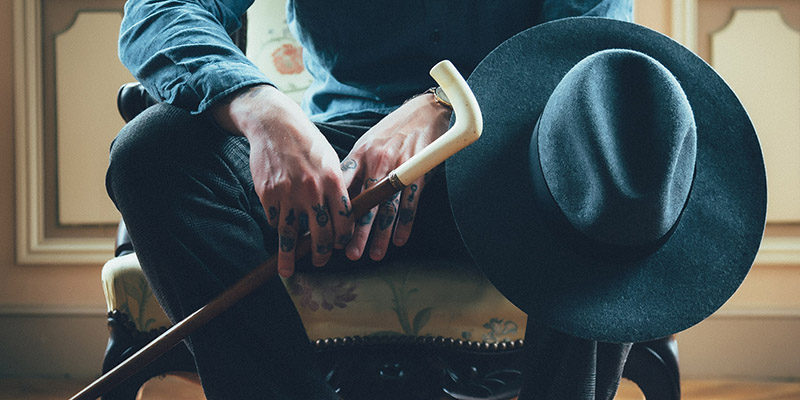 Three Myths Of Manhood And Why We Make Our Own Standards

Even though it’s nothing more than a social construct, there undoubtedly are expectations of how we as men are supposed to feel and conduct ourselves.
From as early as birth, parents are picking out colors for us. When have our first experience with pain, we’re told to suck it up.
Without even realizing it, we get sucked into this code of conduct.
To keep par with our peers we, too, look for ways to add to our body count. To fit in, we buy into the idea that sports and motor vehicles are normal and coding and school plays are “nerdy”.
To be relevant in conversation, we look to create controversial jaw-dropping experiences of our own to share — regardless if they line up with what we want and how we feel.
If we’re not unplugged from the recycling of these limited narratives for men we become conditioned to them, and as a result, we become perpetrators of this hurtful school of thought.
There are countless different concepts that men are expected to naturally subscribe to, but I’ll just be touching on three that a great deal of us are expected to follow through on.
Firstly, men need to know that they are allowed to feel, and by feel I mean: sad, mad, angry, depressed or anything.
Men are too often expected to externalize their emotions and unpacking these feelings and letting them breathe could prove helpful.
Then, men need to know that they can’t be pigeon holed. Our masculinity is not tied up in our profession nor the hobbies we enjoy.
We can be ballet dancers, pediatricians, anchors or whatever we choose.
Lastly, there is this fall-back that plenty of men use (or are defended by) that was somehow attached to us at our inception, and that’s: “boys will be boys.”
This phrase has single-handedly been the excuse for the majority of men’s irresponsible behavior but is most certainly not applicable to all of us.
We make our own standards. Not society, not pop culture. We do.

There is this idea of hardness — of not showing weakness — that has been deemed a “manly” trait to have that has not aged too well.
In theory, it’s cool being dependable.
Being the person who holds it together when everyone else is falling apart and being the foundation of support for everyone around you is an attitude that no one can fault.
However, this hero fixture is not healthy to maintain.
There’s nothing wrong with being tough, it’s just a matter of doing it in the right way.
We can still be there for those who are weaker around us, that’s fine. The area of opportunity for men is learning to be as open to help as we are to giving it out.
We’re not built to process and internalize pain alone and the sooner we become comfortable letting people know we’re hurting the faster we can heal.

I feel like tides are slowly beginning to turn, but as long as I can remember, “the boys” were always encouraged to play outside; to do something active and physical.
Basketball, football, or even hunting was more acceptable than anything you could possibly do inside.
This way of thought was obviously more applicable when the colonies were being formed and manpower and hard labor were needed to provide for an everyday household, but that way of thinking does not translate today.
Sewing, computer technicians or even interior decorators are all professions that men can easily occupy.
Even when it comes to the arts, as early as high school “theatre nerds” have been poked fun of and emasculated because they didn’t want to play football.
Whether it’s something you’ve been putting off in fear of outside opinion or you have the chance to raise a son, make sure you do your part to reverse the perception that the only hobby men can do is the ones that use their strength and muscles.

During the Presidential campaign last year some tapes came out where you heard our now President, Donland Trump, using very vulgar language.
Some of the content alluded to sexual abuse, including grabbing a woman inappropriately.
After the initial media storm, the Republican candidate and his team, after hours preparing a statement to blow over this potentially devastating find, came up with: it’s locker room talk.
This “boys will be boys” mentality has probably gotten us off the hook for a lot, but it is a myth about us that is detrimental to the overall perception of how men are.
Excusing men for their actions, whether it be speeding and driving recklessly, having double standards when it comes to sexual exploits or cheating, does nothing but keep the expectation of what we’re capable of low.
Instead of buying into the negative stereotypes or the perceptions that were established before us, we should strive to prove them wrong.
We can be faithful, we don’t have to objectify women, we do see them as equals.
We determine our own standards and we should work to keep it that way.
Society may try and say who you are and who you aren’t, but whats important is that you live your life according to what you believe.
I know guys who became alcoholics in college because they thought guys were supposed to get blackout drunk in college or who lost out on the love of their life because they were “weak” for being faithful.
Live your life the best way you know how and watch how men’s culture shifts.

Your Friends Matter: Why You Need To Choose Your Wingman Carefully
Don’t Reject Yourself: How To Avoid Self-Sabotage With Women