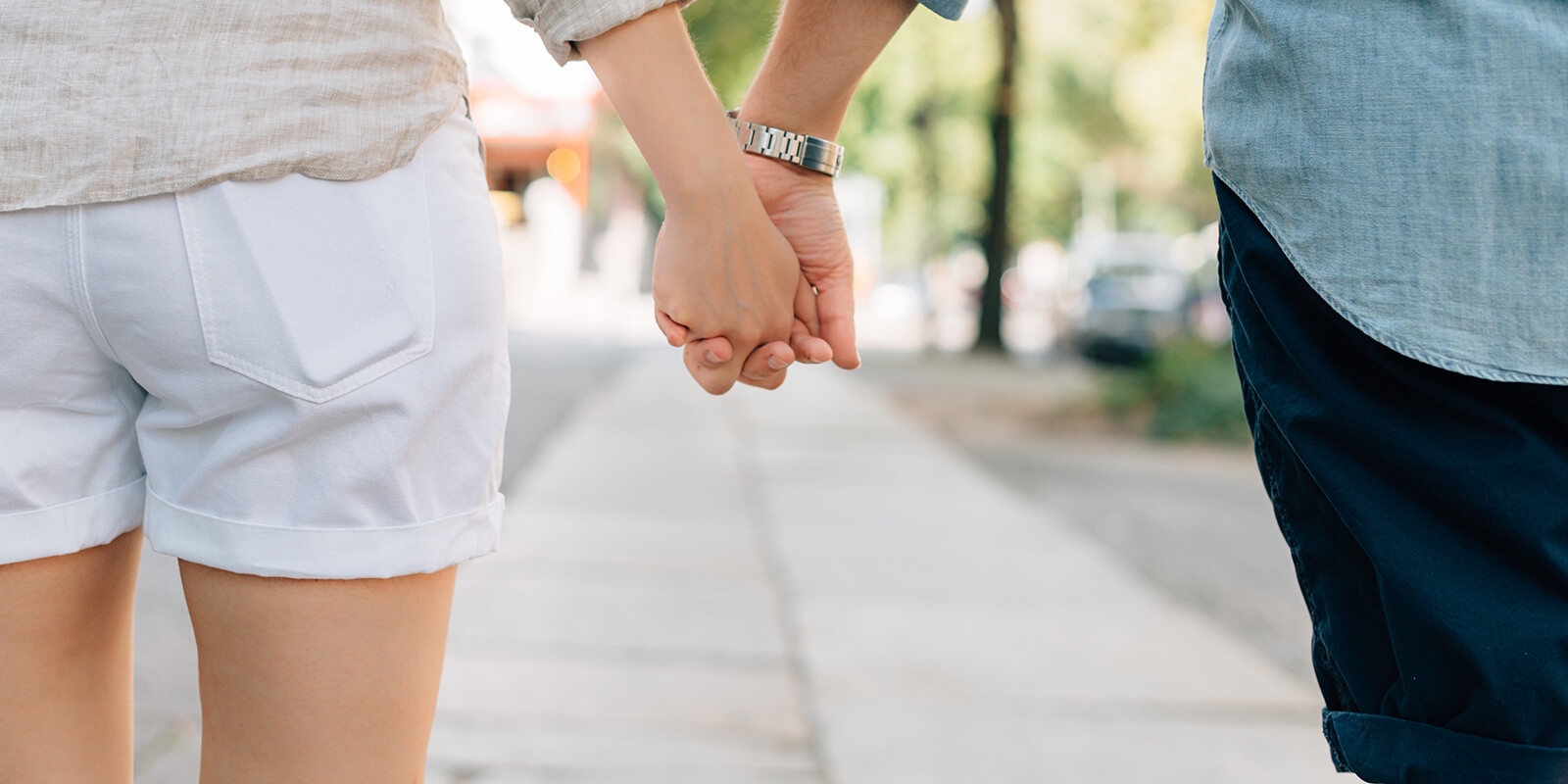 Before You Move in Together, Read This

I believe that some congratulations are in order; you’ve found someone who can stand being around you long enough to call themselves your girlfriend. Just take a moment to let that sink in. Remember all the lonely nights, all the rejection, and all the nervous phone calls and text messages that have led up to this point. You’ve come a long way, and we’re proud of you for it.

Now, your relationship is going so well that you’re considering taking that next step: moving in together. Whether you’ve been dating for a few months or a few years, this pivotal act can make your relationship closer than ever or turn it into a battleground. Before you make that leap, I recommend going through a quick mental checklist to make sure things go exactly they way you both want them to.

We’re starting here because it’s the most important. How comfortable are you with her? If you’re still making sure that your hair isn’t out of place and there’s nothing in your teeth, then moving in together could be a hell of a lot more stressful than you might be anticipating. When you live together, by definition you don’t have your very own place to go where you can let everything go and totally relax. You have to be able to feel that way living with her. If you feel like you still have to be “on” with her all the time, then you might not be ready to move in just yet.

Do you know how your cleanliness habits compare to hers?

Are you a slob, a neat freak, or someone in between? How about her? Typically, you’ll both be somewhere in between but about different things. For example, it might not bother you in the least to let dishes chill in the sink for a day or two. She might find that incomprehensible. You might throw every article of clothing in your laundry basket while she leaves them all over the bedroom floor and picks everything up only when it’s time to do laundry.
The key is to get a sense of these things ahead of time so your mismatches don’t grind on each other. Before you move in, check out her place and take note of what she keeps really neat and what she doesn’t. Then run a similar scan on your own place. Compare. The things that are the most different are the places you will likely have to work at, whether it’s changing some habits, accepting the differences, or finding a middle ground.

How are you planning on taking care of the place?

Do you plan on never doing dishes? Well, slow down, partner. You might want to get her thoughts on that first. I’m not saying you have to create a chore list or anything, but feeling out how you generally would cooperate to keep up your new home is a very helpful conversation to have. Over time, if you feel like you’re doing way more or she feels like she is doing way more, you can end up fighting about it. Getting your expectations out in the open will be a big help to you both.

Who’s paying for what?

Some people get weird about money. Don’t worry, it’s fine, but make sure you know how you’re both going to work out expenses when you’re living together. Are you splitting them down the middle? Are you going to combine parts of your finances? Are you going to pay a little more because you make a little more? Are you going to pay a lot more because you make a lot more? Is she?
Unlike some of the other things we’ve discussed, which you can figure out through observation or having a very general conversation, this one you should discuss specifically. Having a mismatch about chores and cleanliness habits could cause a small problem, but a mismatch about financial expectations? It could be catastrophic if you’re not on the same page.

How do your habits on inviting people over compare?

Do you view your home as a place to go to get away from everyone, an oasis where you can just relax and keep the outside world at bay? Or, are you more of a Jay Gatsby type, who wants a million people milling around at all times?
Either is fine, but try to get a sense of how she feels and see how similar your attitudes are. If you just want to escape and relax, but she always has friends over, you will be annoyed AF when you live together. You can act like it’s not a big deal now, but six months in, you’ll crack. Conversely, if you like having your bros at your side regularly, understand that it could make her feel like her space is being invaded.
Get on the same page with this one, and understand that you may need to compromise a bit. If you watch football with your friends every Sunday and she wants to just relax, maybe rotate who hosts football so you’re only occupying the apartment once in a while instead of every week. If she wants to have her friends over all the time, perhaps suggest the same thing to her. It’s not just about one person getting their way all the time. It’s about finding a middle ground where everyone still gets what they want.

Moving in together is an incredible next step. You can see more of each other, you can start building a future together, and yeah, you can have sex whenever you want. But, before you only look at that last point and ignore everything else I’ve just said, remember to make sure you’re on the same page about a few things. It could end up saving your relationship in the long run.