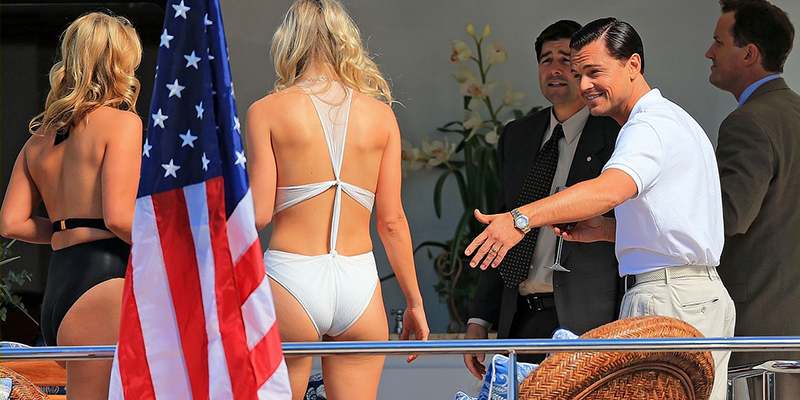 Your Misogyny Is Showing: 4 Expressions Men Should Avoid

I’m not going to lie or pretend that I am the most politically correct dude in the world. In fact, if anything, these past couple years have taught me that I’m everything but politically correct.
Between gender norms, racial sensitivity, and the ever-changing landscape of personal discovery it’s almost impossible to get it right. What was accepted ten years ago can cost you an endorsement deal today.
From music, commercials, even stand-up comedy, ideas have changed about what’s deemed offensive or not — which, in a way, is not a bad thing at all.
A lot of it is ignorance, really. The types of conversations we have with our best boys behind closed doors, the guys only nights where we discuss “who we’d rather” are probably innocent, honestly.
Generations of passively misogynistic language contracted from bygone eras, when improper conclusions of women not being on our playing field, have seeped into our language today. And it’s up to us to take a step back and recondition ourselves.
So here is some language that you really want to avoid. Not only for when you’re around that special lady that you’re interested in and her friends, but for yourself and your development as a person.

We often do this in sports, when our fellow compatriot gets hurt or just needs a little motivation. I’ve said it countless times and I’ve only had the most positive intentions.
But when you take a look closer it’s rooted in misogyny.
If someone were to tell you to “take it like a man” or to “man up”, you’d assume they were telling you to be stronger, to toughen up, to not show emotion.
This is unfair to both the guy you’re speaking to and women because you’re assuming that women aren’t in control of their emotions, and that men aren’t allowed to show emotion at all. And how healthy is that?
Originally “man up” came from phrases “buck up” or “own up.” Buck up was first used in 1844, according to Merriam-Webster. To suggest that women don’t own up or have the courage to buck up is incredibly dismissive.
If you want to big up your brother, try reverting to more encouraging form of motivation, one that does not bring down women or pigeonhole manhood.

Again, this is phrase that I soon learned was seriously problematic, but was not hard for me to grasp why.
What are we suggesting when we tell someone they “throw like a girl”, “shoot like a girl” or even “acting like a girl”? Is it ever in a positive light? Are we ever doing it in an encouraging tone?
Chances are, if there’s a boy or adult male who is doing some type of athletic activity, and someone shouts that he does said activity “like a girl,” it is not a compliment.
In 2014, Always sought to change that, with their #LikeAGirl campaign.

“We believe women are incredible,” Always declares.”Ever been told you do something like a girl? Great! Be proud of that, because girls rule! That’s the whole point of our #LikeAGirl movement.”

Campaigns like Always had to be established to help reverse this conception. Imagine being a woman who aspires to play ball. Is she to believe that she’ll never be as good as the guy beside her just because she’s a woman?
These are the the type of damaging mindsets we perpetuate with this type of talk, and it’s something so easy to change.

“But You’re Too Pretty to Cry”

Usually when we tell a girl this we mean for it to comfort, but it is actually much more nuanced and problematic.
Firstly, it suggests that women have the mandate to be pretty, which further hinges on the idea that women should be valued on their level of perceived attractiveness, and that when she’s “pretty” all her problems will go away.
But the truth of the matter is that women don’t always feel pretty, nor do they want the pressure of always having to be pretty.
When we place a woman’s worth solely on their appearance, it sends the message that her looks are the sum of who she is, which is wrong on so many levels.
This also dehumanizes women by creating the idea all they can offer is what we see on the surface level, avoiding the complexities of who they are.
The last thing you want is to tell girl you care about that she’s “too pretty” to cry. As men, let’s take responsibility for the way we communicate and refer to women and get on the right track to treating women with the respect they deserve.

Referring to Women as “Females”

I was slapped once for referring to a woman as a female. I was baffled and extremely confused. But, again, it presented a teaching moment for me as well.
On a basic language level, “female” is often used as an adjective (ex: “a female tiger…”) and not as a noun. Think about it, how often have you been referred to as a “male”: or you and your friends as “males”?
Kara Brown, a journalist at Jezebel, put it into words perfectly.
She explained, “In the most technical sense, it’s correct, but by employing this word that is usually an adjective as a noun, you’re reducing her whole personhood to the confines of that adjective.”
It something that we as men don’t think about but that indirectly embeds subversive stereotypes in the people we really care about.
Knowledge does not have to stop here. Be open with your girl or even with the close women in your life to work with you to try and reverse the type of language that is putting them down.

Nick Sparks Describes ‘Why Falling In Love Sucks’ In Amazing Talk (Video)
It’s Not You, It’s Literally Her: How to Handle A Flaky Girl