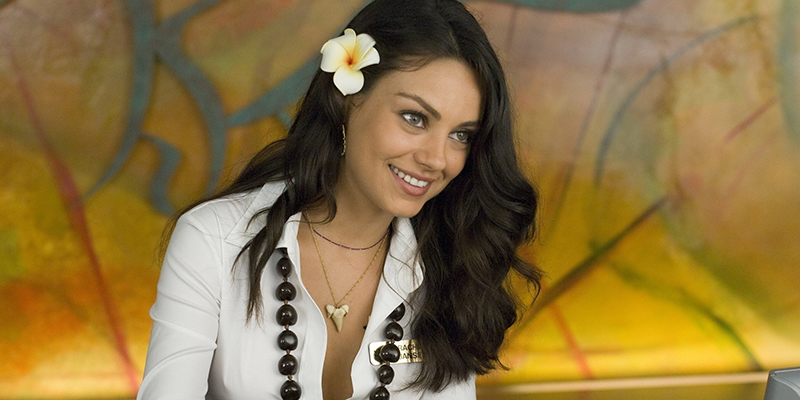 It’s Not You, It’s Literally Her: How to Handle A Flaky Girl

When you set up a date with a girl and she flakes, it’s a bummer—no question about it. It’s mainly annoying because nowadays time is pretty valuable to just about everyone.

If you clear out a few hours on your Saturday night to have drinks with a girl, only for her to cancel last minute it leaves you with no plans and ultimately a wasted evening sitting at home.

In some instances, it may not be too late to call some friends and go out gaming, but generally everyone is already out for the night by the time you get that, “can’t make it, sorry!” text.

The fact is, girls are unpredictable, and things do happen that prevent people from keeping their plans.

Sometimes there’s a legitimate excuse—a family issue, car trouble—but what about when there isn’t an excuse, or she just straight-up ghosts you the day before you were supposed to go to that museum on mushrooms together?

Once she cancels or disappears, there’s not a whole lot you can do, but you can make yourself aware of the signs, and maybe even change her mind if she was thinking about ditching.

Girls mainly flake for a few common reasons. The first reason is that they were never really sure about going out with you in the first place. Some girls, in an attempt to be nice, will make plans that they know they’re going to cancel. It’s really not the most logical approach to rejecting someone, but it does happen.

The second reason is that something else—a new guy, a night out with friends, or a chance to sit at some rich guy’s table at a nightclub—came along, and she’s bumping you for it. The last and probably most difficult to swallow reason is that you messed up somewhere in between setting things up and actually seeing her.

You may have said something that made her second guess your intentions or your personality, or she may have found an old photo of you on Facebook from college where you passed out half-naked on the quad (delete those, by the way!).

Whatever the case is, something may have turned her off to you, and that’s why she’s cancelling moments before the big night.

The good news is most of this stuff is preventable. You can not only learn the signs of a flake, but also deal with them so that you’re never scrambling to find something to do on a Friday or Saturday night again.

Girls who flake are not that hard to identify. One of the first things to look out for is how she texts. If six, seven, or even eight hours goes by before she answers you, it may say something about her ability to keep plans.

Everyone knows how much fun it is to get texts from someone they like, and usually if there’s a connection, answering is no problem. But if you get the impression that she’s responding in a way that feels forced or just because she feels bad, be on alert.

She’s distracted, and might not be able to honor her commitment to go target shooting with you on Saturday morning.

Another trait to watch out for is a lack of reciprocation. It’s pretty simple. If you text a girl, asking how her day was, and she doesn’t ask you in return, something’s not right.

She may not necessarily be a bad person, but she is definitely living in her own head and is probably preoccupied so much with what’s going on in her life, that it doesn’t even occur to her to ask how you’re doing.

This doesn’t make her evil or sadistic by any means, but if she can’t show interest in what you’re up to, she may not be the kind of person you can count on to show up for drinks.

What to do ahead of time

Other than knowing the signs of a potential flake, there are a few strategies you can employ to make sure things don’t go sour before the big night out. The first thing is more of something you shouldn’t do and has to do with confirmation texts. Don’t send a million of them.

Send one text the morning or afternoon before the date. Confirming a million times telegraphs neediness and if she was on the fence about canceling this may just push her over the edge.

This also applies to texting in general. If the vibe was good when you met, and you’ve successfully made plans, then why run the risk of saying something stupid over a text? Texting is a great form of communication, but sometimes certain nuances and meanings get lost in translation.

A poorly worded text could put out the sparks of a first encounter pretty quickly, so unless you’ve got something dynamite and charming you want to shoot her way, keep the texting in between dates to a minimum.

The next strategy is also pretty simple, but surprisingly most guys don’t always do it. Clearly define where and when you want to see her. Don’t just ask to “hang out” on Saturday. When you’re making plans, have a place in mind, and a time to meet.

It’s a lot harder for a girl to cancel when she sees that you’ve actually put some thought into the date. If she gets a sense of apathy from you, then she’ll return the favor and assume the date isn’t that important. Plus, you don’t want to creep her out by being non-specific.

The last thing you can do is focus on making your initial interactions solid as hell. If you’re still thinking of things in terms of how many numbers you’re getting, without assessing the quality of the conversation, you’re setting yourself up for non-committal girls.

When you meet a girl for the first time, don’t focus on getting her number; if your game is good enough, and you can connect with her, she’ll just offer it to you and probably be dying for you to text her to make plans.

But when a girl gives you her number just to get you to leave her alone, you can bet your ass she won’t be going on any dates with you any time soon.

There are inherently flaky girls, but there also ones that become flaky because of poorly executed game, neediness, or some other error made on the part of the guy.

Don’t make those mistakes, be aware of the signs and never get stood up again.

Your Misogyny Is Showing: 4 Expressions Men Should Avoid
Always Keep It Interesting: Why The Courtship Phase Never Ends