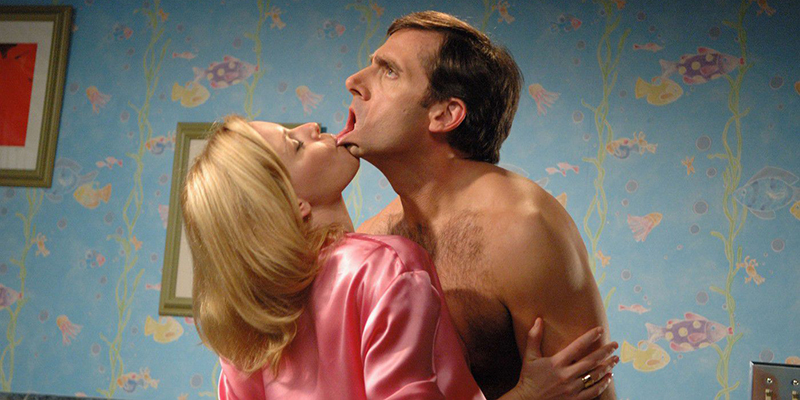 Men and women are different. Not just genetically, but in every way possible — or so it seems.

This difference — the mystery, the lies between us and the only other beings on the planet capable of our thought capacity — has led us to do a lot of speculation, speculation that has unfortunately led to many wrong conclusions.

In our defense, however, we’ve been working against a myriad of societal influences that have subconsciously told us what to expect of women, generalizing them in ways that are not true across the board.

Think about the ways society has framed men.

I honestly love shopping. To me it’s very therapeutic and looking fashionable and curating an aesthetic in my life is important to me. And as for working out: who says everyone should have muscles in their neck and bulging from their forearms? What if you’re allergic to protein?

Like men, women are different and come from cultures and backgrounds that make it impossible to properly define what it means to be a “woman”.

It’s important to come together as men to share which stereotypes that have been improperly assigned to women, not only for their acquittal but for our own information. It’s so easy to enter a relationship under false perceptions because of what’s been subconsciously embedded into our psyche, which is why it’s imperative to unlearn these truths.

Dispelling assumptions about women does a lot more for us than we’ll ever imagine. It makes us more receptive to a woman’s uniqueness, it keeps us from looking like an idiot because we’ll be slow to assume, and it will actually open the options of who we love.

Here are four assumptions that I think all men make.

It could be the whole Disney princess thing or maybe it’s because women put a great deal of effort into their looks, but we assume that all women are high-maintenance thus do not like to “chill”.

But in reality, that’s far from the case.

Contrary to popular belief women like to relax, not wear makeup, and actually have down time. In fact, because they are expected to wear makeup and show their best face all the time, they thoroughly enjoy not doing anything.

Because of man caves, sports, and the ease in which we’re entertained, men assume that we’re the kings of “doing nothing”. But you’ll be surprised how many “chill” and “manly” activities that women do, too. In fact, according to a recent poll, beer has taken the first drink of choice away from white wine in women in the 18 to 34-year-old segment.

So before you assume that she won’t be down for pizza and a game of some classic Nintendo 64, ask. You never know.

They Get Dressed For Us

One thing that I always catch men saying is: “Why is she wearing that if she doesn’t want anyone to stare,” or “She knows what she was doing wearing that out.”

Actually, no. She didn’t.

This was something even I myself had to understand — the makeup, pencil skirts, the high bun, and skin toner, even the bliss of sundresses — are actually not for our enjoyment, but for theirs.

The thought that a woman keeps another person, let alone you, personally, in her mind every morning before leaving the house is as narcissistic as they come.

I could barely find the motivation to dress for the uniform policy at my old job, let alone try and find an outfit every morning for the likes of a singular individual, yet it’s something we automatically assume women do.

Even if you’re in a relationship, I know men who will ask “why so much makeup” or “I don’t like your hair that way.”

Disclaimer: it was never for you!

Maybe you’re thinking bars and night clubs are exceptions where surely what she has on and her whole get-up was with the intention of wooing you attention.

Women dress for themselves, so THEY can feel good. Our job is to appreciate and admire from afar, not assume that it is for our approval.

Another mistake that men assume is that women need us.

The idea of man as provider is much stronger than a cultural norm, it’s an innate quality that is quite natural to feel. However, because women are always portrayed as the damsels in distress and as caretakers of what’s fragile — i.e home, baby, family — we overstep, get carried away, and assume that they are incapable of survival without us.

It’s the hardest thing to shake because a large part of being a gentleman is tied to this doting nature. Providing food by always taking care of the bill, providing protection by driving her home; the list goes on.

If we’re not careful, we’ll take these common acts of kindness and turn them into the narrative that women need us to do these things for them, which can actually be frustrating for them.

The privilege of being a man — being naturally stronger, taller etc — keeps the principal of being a “gentleman” alive. But it’s just as necessary to understand that this privilege does not translate to entitlement.

While the myth that the male libido is livelier than it’s counterpart has been disproven, it’s still a stigma that seems to exist.

What that does mean though — in agreeing that women and men have the same sex drive — is that men run their mouths about it far too much.

Yes, women want sex just as much as we do, but what’s important here is that we begin to recognize, or at least respect, the value they place on sex, no matter how it differs from ours.

6 Things Every Woman Is Looking For In The First 5 Minutes Of A Date
Stay In Control: Why You Should Skip Sex On The First Date