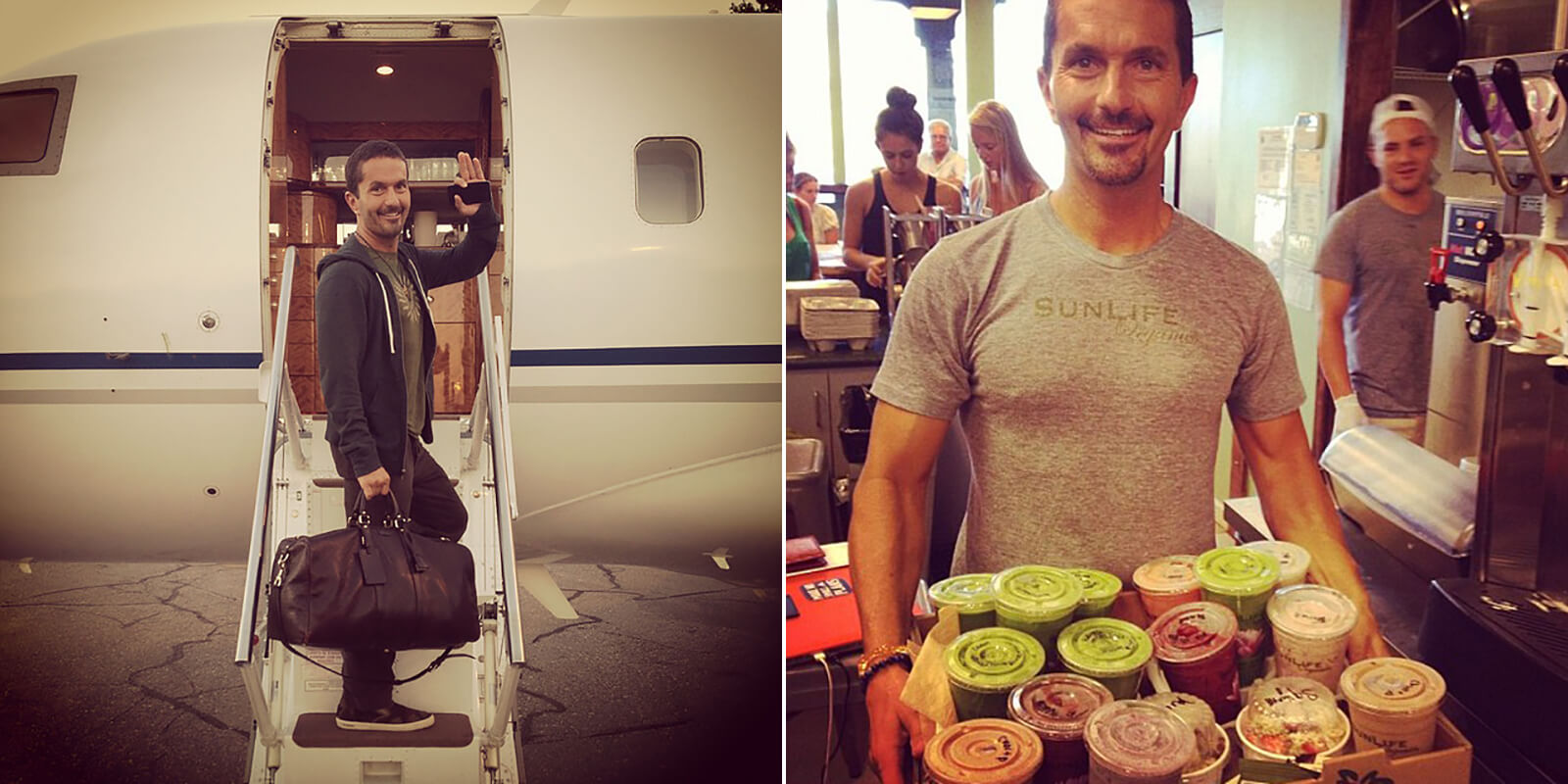 Albert Einstein once said, “Adversity introduces a man to himself,” and in the case of Khalil Rafati, a 46-year-old self-made millionaire who started his own juice bar business, it wasn’t until he was at the lowest point of his life that he was able to finally turn it all around.
Rafati recently authored a book titled I Forgot To Die, sharing his story about struggling with homelessness and heroin addiction in the Skidrow section of Los Angeles where few and far between make it out. Today he enjoys a life he would’ve never foreseen.

Did I ever imagine? No. I was really just dreaming of having my own apartment and maybe one day getting a GF again.

At 33, when he was at the peak of his addiction, he weighed 106 pounds and overdosed multiple times. From abusing drugs, to selling them, going to jail and nearly dying more than once, Khalil admitted he had nothing to live for in the early 2000s when he lost complete control of his life. In an interview with NYT he said,

“I’d finally reached the bottom of all bottoms. There was no more digging left to do; all of my shovels were broken. I was done.”

In 2003, however, he began turning his life in the other direction and by the time 2007 rolled around, he opened his own sober living house in Malibu called Riviera Recovery where he also began making smoothies to help heal his patients.

Psalm 103:1-5 Bless the Lord, O my soul; And all that is within me, bless His holy name! Bless the Lord, O my soul, And forget not all His benefits: Who forgives all your iniquities, Who heals all your diseases, Who redeems your life from destruction, Who crowns you with loving kindness and tender mercies, Who satisfies your mouth with good things, So that your youth is renewed like the eagle’s.

In 2011, he opened his first Sunlife Organics juice bar in Malibu and now has six locations open throughout Los Angeles, a massive achievement considering these smoothies were made to help people trying to recover, including himself. He said,

The results were remarkable and instantaneous. I began to feel alive again— my anxiety quickly replaced by excitement and a renewed lust for life.

Not many people walking into one of his stores would know that a man who’s accomplished so much in such a short amount of time started where he did, but through pain and suffering, he found redemption and created a new life for himself.

An early throwback to 2011, grand opening of the first Sunlife Organics in Point Dume, Malibu. If you have read the book, you know both what a journey it was to get to this point and what a victory it was. There are now not one, but SIX, thriving Sunlife stores, and many more (literally and currently) in the making. Moral of the story: if you want something, don’t just work for it–fight for it HARD and never EVER give up!! #inspiration #success #fight #sober #story #beautiful #support #health #wealth #motivation #qotd

His mission now is to share his story and show that no matter what your circumstance is, you should never limit yourself. He continued,

“It was tough, but by the grace of God I am alive and happy now. I am grateful to be where I am and would not be in the position I am in had I not gone through all that pain. Strange paradox, but my reality nonetheless.”

Getting a new lease on life, Rafati kept working once he found his vision. Khalil Rafati is an example of what the right mindset and determination can accomplish. The logo for his company speaks to his story as readers will find in the book,

Now available on Amazon!! Purchase using link above or search Amazon for “I Forgot to Die by Khalil Rafati”