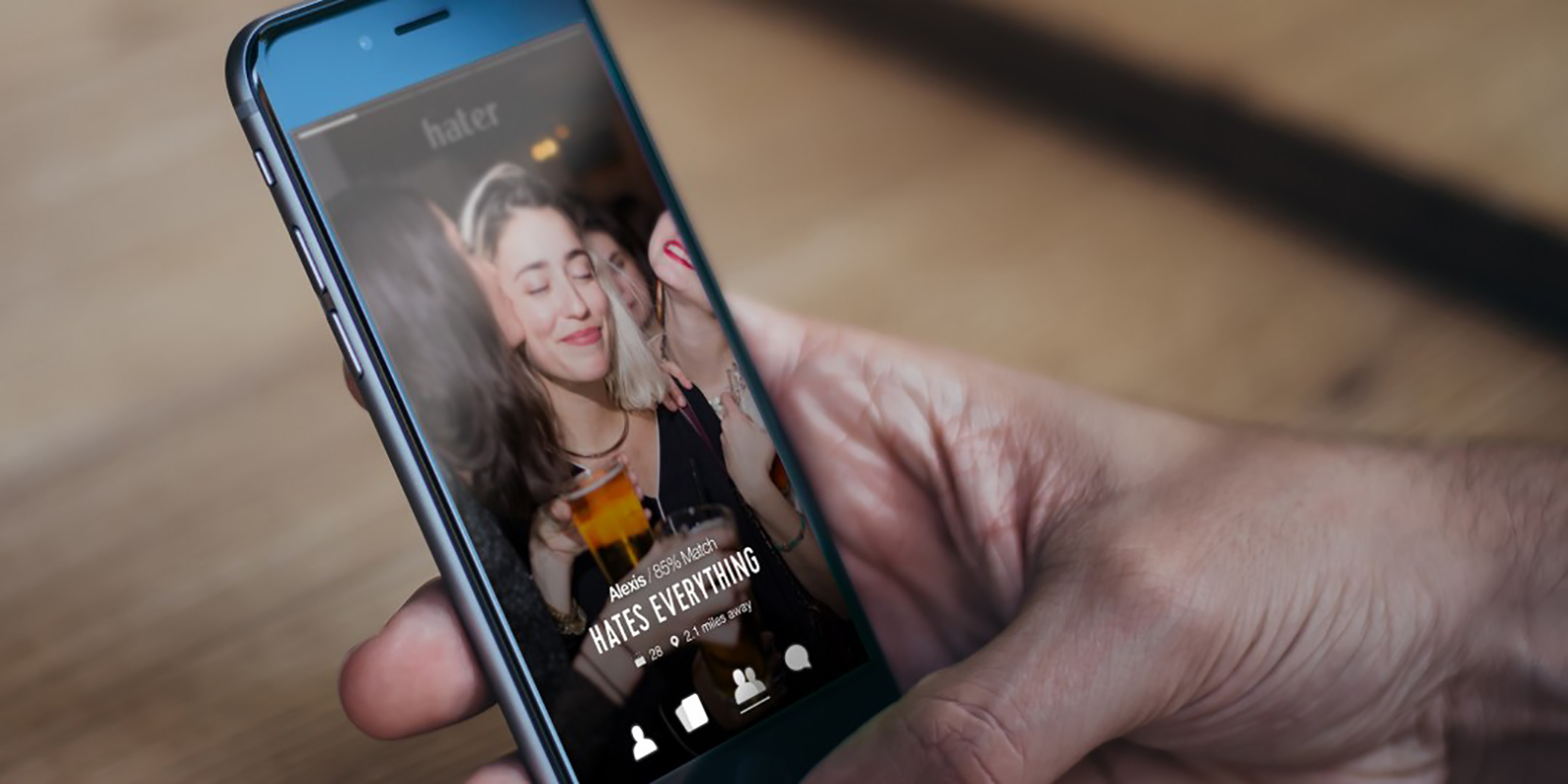 We all have our pet peeves and it just so happens that people who share the same distastes, connect better.
Hater is a new dating app that matches you with other people who can’t stand the same things as you. It’s a brilliant idea that allows you to show that cranky side of yours early on, so nobody is surprised a few months into the relationship.
The app is set to release on February 8th, but is currently available in beta for iOS. (Hold on tight Android users, it will be available to you in the spring.)
It proposes over 2,000 hand- selected current cases that may tick you off, with the intention of expanding. It shouldn’t be that hard considering the war zone Facebook has turned into these past few years.
Hater was created by Brendan Alper, who left his job at Goldman Sachs to become a comedian. After using this concept as material for his comedy, he realized that it wasn’t such a bad idea.
The app is swipe-based, which allows the user to swipe in different directions indicating if they hate, love, like, dislike, or feel indifferent towards a subject.
A profile is then created, matching you with other people who share the same opinion on things you hate.
Aside from its gimmicky angle in the dating-app market, there have been studies to show that Alper might have hit a homerun.
In 2006, Jennifer Bosson, a social psychologist at the University of South Florida, led several studies that examined the bond people had on sharing negative attitudes on others.
Bosson had the participant’s name one thing they liked and disliked about a fictional character. The study showed that people who expected to meet a stranger felt closer to the person when they believed that they shared a negative, as opposed to a positive.

How That Extra Hour Of Sleep Is Killing Your Sperm Count
By The Numbers: 6 Eye-Popping Stats About Super Bowl LI