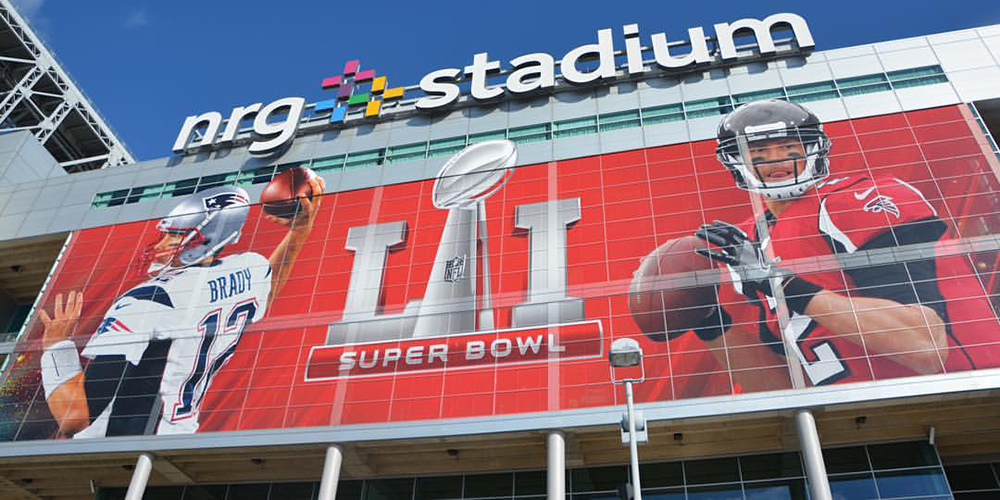 By The Numbers: 6 Eye-Popping Stats About Super Bowl LI

Super Bowl LI (51) is shaping up to be an electrifying match up with the stellar Atlanta Falcons rising to the mantle to challenge the ever-present New England Patriots.

Tom Brady’s quest for immortality continues as he looks to capture his fifth championship ring while Atlanta’s Matt Ryan will look for his very first after title after an MVP-worthy season where he led the Falcons to an 11-5 record.

Yet more than the numbers on the field, the long legacy of America’s biggest game is host to a myriad of fascinating statistics.

This year’s epic clash will be smack dab in the heart of Houston, Texas where attendance will well over 72,000 people. This will cost the city around $5 million but will return an estimated $350 million in revenue.

It goes without saying that the Super Bowl is much more than another game. Here are some of the most eye-popping numbers that you should know ahead of Sunday.

Since the Green Bay Packers victory over the Oakland Raiders in 1967, each member of the winning team has received their own piece of the coveted moment.

The time spent crafting each of these fine pieces has increased throughout the years, and luxuriously has costed more and more to produce.

To date the New England Patriots have the record for most expensive Super Bowl rings with the Jostens XLIX rings costing an incredible $36,500 per ring.

If you take the 2015 roster at 81 members, then you’re looking at a collective $2.96 Million spent on the memorabilia alone – pretty impressive.

When you take into account the amount of money spent on the advertising campaigns that run during the broadcast of each Super Bowl, the rings seem like a drop in the bucket.

According to Forbes, Super Bowl advertising costs ranged to $359 million in 2015, averaging at $4.5 million for a 30-second commercial. This equates to nearly $3 per viewer per acquisition.

So what do all good Americans do when they wait for the game to come back on? We eat of course!

In fact when you take into account all the chicken that is consumed during the Super Bowl it’s amazing to think that we have the capacity to work the following day.

According to the U.S Dept. of Agriculture Americans eat the second most during the year on Super Bowl Sunday only topped by Thanksgiving.

51.7 million cases of beer, 2 million pizzas and nearly 1.3 billion wings will be eaten during during the Super Bowl.

And some people wonder why there’s an increase in obesity in the United States.

In consideration of the Super Bowl proper, the electrifying plays and sideline battle plans actually only amounts to a fraction of what’s viewed by the public.

A majority of the broadcast is obviously dedicated to the marketing (Super Bowl 49 was the most watched event in 2015 with 114 million viewers) but it’s impressive to see that nearly an hour of time is used to deliver branding and messaging to the public.

Only 12 minutes of actual play were consumed by people during Super Bowl 49.

Patriots will wear white jerseys in Super Bowl LI against Falcons. They are 2-1 in Super Bowls wearing white (most recently vs. Seattle).

Since 1967, the Lombardi Trophy has been the defining achievement for every team in the NFL.

Representing a year of struggle, tactics, and unity, acquiring the coveted testament to glory cements the legacy of that team for decades to come.

What is interesting is that ever since 1967, the Lombardi Trophy has been crafted and detailed by Tiffany and Co. The iconic brand has been responsible for not just the Super Bowl, but the U.S. Open as well.

Have any other interesting facts about the Super Bowl? Let us know down below and keep it locked to TSM for more news.