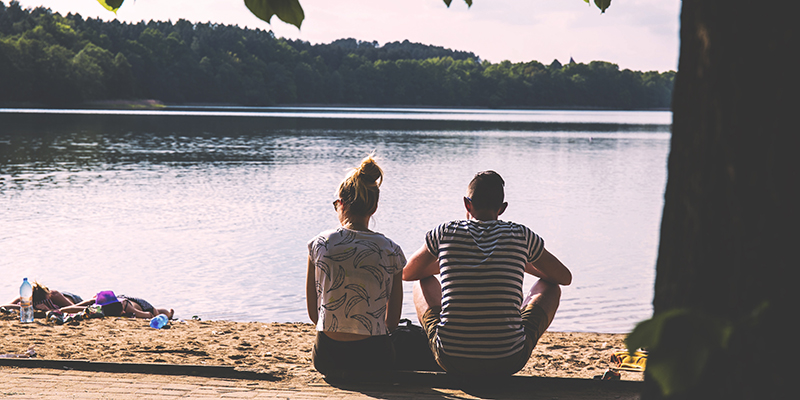 In Defense Of The Friend Zone: The Perks of Just Being Her Friend

I don’t know where exactly, but at one place in time, we as a society collectively decided that it’s impossible for men and women to be friends.
So much so, that’s it’s seeped into our subconscious, affecting the way we interact with women, the way we perceive being let down (or denied) as well as the way we view women in general.
The friend zone is treated like a plague, its title a scarlet letter and its crown a mockery. Forget the natural progression of relational development or the uncertainty of trusting a stranger.
Throw out patience and the game of cat and mouse and disregard the fun of getting to know someone.
Today’s standard has boiled courting down to a black and white concept: either you’re an item or not.
But the friend zone is not as bad as people make it out to be.
It’s an opportunity for her to see, up-close, why you’re the best thing on the market, for her to get to know you, beyond your opening lines.
It’s a chance for her to see, for herself, all that you’ve personally advertised and how you’ll back it up, too.
What men don’t seem to understand is that when you don’t force the issue and act butt hurt at the offer of friendship, it actually puts you in the driver’s seat and actually gives you an inside look to who she actually is.
Who knows, maybe after spending some time getting to know her you’ll find that she’s not someone you’re crazy about after all.
Maybe you end up really enjoying the platonic relationship. It’s something that is worth exploring.

Patience Is A Curveball

Do you know how many guys flip-out, throw a fit or even go as far as to disrespect the women who decline their advances?
They’re so caught up in their ego, that they don’t take the time to process the true implications behind a woman’s “no”.
Just because a woman politely declines an invitation to your apartment or says follow me on Instagram instead of giving out their number, it doesn’t necessarily mean they’re not interested, in fact, it means the exact opposite.
We should view alternative exchanges of information as a sign: a sign that the door is not closed, but left slightly open.
Women want to see how much we want them — how hard we’ll work.
And when we are the rare men who generously accept this “shut-down”, as other guys may perceive it, we become in an exclusive class that is a step closer to getting them to see us the way we see them.
Patience is a curveball because most men can’t handle the gauntlet of their initial advance being turned down.
When you swallow your pride, say “it’s fine” to the initial request, and humbly accept being Facebook friends or agreeing to do public activities together with groups of people, you’ll make an impression that will have her second guessing shutting you down in the first place.

You’re In The Drivers Seat

Beyond the perks of getting to know someone, there is an alleviation that just being the friend brings.
Unlike jumping into the dating process which involves picking out where to dine, buying her meal and working out the kinks of emotional balance, just being a friend kind of eases you into those roles.
The control you have as just her friend is also great because it means you can date as many people as you want, and even talk to her about it, and not worry about her demands.
You can be as available as you want or unavailable as you want, all while getting closer to her.
As you two grow closer as friends, she’ll most likely see how amazing you are as a friend, she’ll respect how you treat her and her space and may eventually want something more for you two.
When that time comes, it will be her on the convincing end, trying to pick you up, as opposed to how the relationship started in the first place.
Being a friend means you can be there for her in ways that you couldn’t if you walked away completely. It also means your void of the responsibilities that a lover or partner would require.
The friend zone puts you in a place to evaluate such a disposition and to decide if it’s something you want for yourself.

Probably the greatest advantage of being “the friend” — beyond flexing your maturity by your patience and enjoying the stress-free life of the friend zone — is getting a preview of what you are in for in the first place.
If she denies you to the intimacies of the bedroom and instead allows you onto the ground floor as a friend, you still get to preview her house.
When you graciously accept the friend zone title, it allows you to see who she really is.
Afterall, your judgment and knowledge of who she is up until that point is most likely based on how she looks or what you’ve heard.
Actually being her friend put you in the space to know her, thus giving you a better gauge at determining if she is a fit for you.
Now that you know her more, you can either fall more in love or decide you want nothing to do with her, but at least you would have accepted the friend invitation to be able to make that call.
It’s time we put on the ear muffs and ignore the laughs when people exclaim that you’re friend-zoned.
It’s actually a pretty sweet position to be in.
Besides, her friends may see how good of a guy you are and she may throw you a bone.
Try it out.

Stay Mindful: Learn How To Listen To What She Is Not Saying
Here’s How To Turn A Flaky Girl Into Your Next Girlfriend