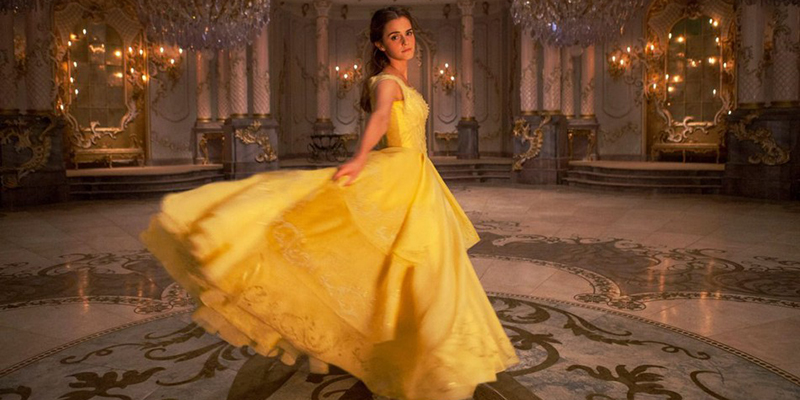 Disney Princess Syndrome: What It Is And How To Beat It

Have you ever met a girl with an ego so big that she refused to acknowledge the worth of any guy that crossed her path? Was she more critical than a marine corps drill sergeant?
Did she look for reasons to deduct points from the very second she saw you? You probably got the sense that tons of dudes tried to seduce her before you, and all of them failed miserably.
Hell, she may even tell you this straight up as a test. This type of chick is starting to emerge more and more, and their psychology can only be described in one way: Disney Princess Syndrome.
Disney Princess Syndrome is a series of character traits and thinking patterns that cause a girl to disqualify a guy before said suitor even has a chance. They look for any reason to prove that you’re not worthy, and over time begin to believe that no man deserves them.
From a game standpoint, it’s pretty ‘effing brilliant. Approaching dating with the assumption that no one is good enough for you makes your value skyrocket, and counterintuitively will make more people chase after you. This ultimately leaves you with more options in the long run and puts you in a constant position to choose.
However, as a guy, you know that no girl is necessarily un-gettable, and deep down, the girls themselves know it too. Disney Princess Syndrome is, at its best, an act.
It’s a performance by girls to drive up their value and bolster their confidence in the vulnerable landscape of dating. In some darker, more evil scenarios, it’s a way for girls to get off on the thrill of rejecting guys that their female peers would kill to date.
Remember, girls like sex, but they can just as easily get satisfaction from turning down guys.
Think about it: you make a lot of money, have a decent set of abs, can make almost anyone laugh, rescue puppies from puppy mills, and she still ghosts you. Why? Because in her mind, turning you down boosts her self-worth.
Who knows: she might have even really liked you, but the sad fact is that some (certainly not all) girls would rather increase their social value than have a real relationship.
The reason I call this mindset Disney Princess Syndrome is because it’s a fantasy. Girls like this stare out of windows longingly, waiting for a knight to ride forth on a white horse and rescue them from a tormented life of scanning ID’s at the front desk of an Equinox.
“Cast aside your membership keycard scanner, fair maiden,” he’d say, “and ride with me into the sunset!”
It’s never going to happen, and yet, the guy who did his best will still lose to a make-believe prince charming!
The most depressing part of a girl who thinks this way is not that she will turn you down; it’s that she will be inevitably lonely.
She’ll try to hide it by saying that she prefers to fly solo and has no desire to have a guy in her life, but we’re social animals—you can only be alone for so long before you start to hear voices and start pissing in mason jars.
So what’s a guy to do? If you meet a girl who’s locked herself in a metaphorical bell-tower without letting her hair down for any man to climb, how do you get to her?
The short answer is to find a way to let her know that her bullshit is as transparent as her dress. Make it clear that you know it’s a façade, and that you know she has flaws, just like everyone else on the planet.
When you peel back all of the layers of girl with Disney Princess Syndrome, you get someone who, at their core, is really just afraid to be committed. This is what drives the need to portray oneself as unattainable, or too enigmatic, or too special for any guy to have.
It’s cute in a way, but you have to know how to get past it if you want to keep seeing her.
Be patient with her, and don’t try to force her to open up. She’ll hit you with all kinds of stories about how no one really understands her, and how most guys she dates crash and burn by the end of the first date, but you have to let it roll off your back.
Show her that you’re not like the others, and that you aren’t intimidated by the obstacles she’s tossing in front of you. Make it clear that you want her and that you might not wear a suit of armor, but you can still make her happy.
She’ll actually thank you for being the kind of person who makes her feel comfortable being herself.
No one likes to be alone, no matter how much they pretend to, and when she feels like she can let her guard down it’ll be a huge weight off her shoulders.
After a while, all that crap about horses and castles and dancing in a candlelit ballroom will be forgotten, and she’ll be thrilled to just walk through a park with you.
It’s not easy to get a girl like this to drop her act, but it is doable as long as you remember that companionship and an escape from loneliness is what she really wants.
In a lot of ways we can’t fault girls for creating an ideal about the perfect guy as a way of protecting themselves. Navigating relationships is scary, and so is commitment—that goes for just about anybody.
When you really think about it, braving the storm and sticking with a girl that other guys gave up on is actually its own form of masculine, romantic Disney heroism.
Who knows? Maybe that level of bravery makes you the prince charming she’s wanted all along.

Change Your Mindset: How To Build Your Dating Confidence
3 Ways You Can Make Your Long Distance Relationship Work