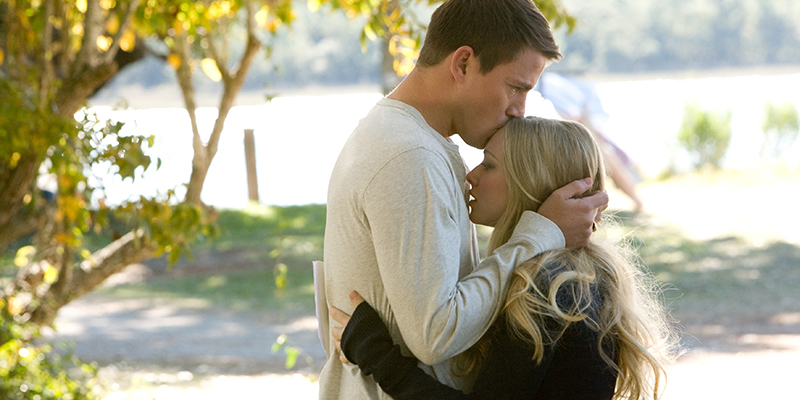 3 Ways You Can Make Your Long Distance Relationship Work

Long distance relationships have the knack of sneaking up on you. Sometimes life leads them to us in inevitable ways that we have no choice but face.
Let’s say you regretfully take your friends advice and download a dating app.
At first, you tell yourself you’re not going to take it too serious. You say if you match, fine; if you don’t, you don’t care — it makes no difference to you. But after awhile, you realize you’re extremely busy and swiping left or right between tasks is the only real scouting you have time for.
Time goes by and not only do you match with someone sane, but there is an actual connection.
It would be the storybook ending you always wanted except —  she’s not in your city.
Or maybe you’re on vacation with some longtime friends from your college alma mater and over the span of your sabbatical sparks fly between you and an old good friend. You don’t expect it and neither does she and it ends up being something you think can be worthwhile.
Yeah, that sounds romantic, but you moved to a different state after graduating.
No one ever plans to get into a long distance relationship — they’re not exactly this picture perfect situation that couples happily jump into. Unfortunately, we can’t choose with whom we bond, because if we did, I’m sure all of our love interests would live in very convenient locations.
There are those of us who’ve ruled women out and ended relationships in the name of distance.
But this doesn’t have to be the case.
If you care about someone enough there are practices you can adopt that will help get you through the time apart.
Ultimately it comes down to how much you two are willing to fight to make it work, but that does not mean you can’t set yourself up for the best success possible.

Because you’re not getting that quality face-to-face time you normally would receive if she lived in the same area as you, you must devise a plan to make that time up in another way.
One of the major difficulties of dating someone long distance is that it forces you to be diligent and responsible in new ways.
Not only because you have to be intentional about communicating and keeping quality time up with her but because you have to plan, schedule and be organized about when you are going to log in those minutes.
Otherwise, you’ll get lost in the swing of things and absentmindedly blow her off.
There should be a balance. If you talk on the phone too much, like, say, every day, you will run out of material and risk  drying the relationship out altogether. But that shouldn’t matter because you shouldn’t have time to talk on the phone for extended amounts of time every day anyway, and neither should she.
Be intentional about making time to talk to her and push for making that set date routine.
Even if you have to switch the days throughout the week every other week for variety, make sure that you are on top of the quality time you invest with your significant other.

Involve Each Other In Your Lives

Scheduled phone calls can grow monotonous even if the days of the week interchange, which is why it’s up to you to create spontaneous conversation and moments that occur naturally.
This works really well if you follow a sports team together or a television show. Over the span of the season, you two will always have those games and episodes as a reference point.
If something juicy happened in an episode or if there is a big game on, you won’t feel like you’re calling too much or too little, it’ll be a spontaneous and genuine call over something you both love, just because you decided to bond over it together.
If you involve her in your life and she openly does the same, it’ll almost feel like the distance doesn’t matter. Okay, it will always matter, but it will make it a lot more bearable.
You know you’re doing it right and that you’ve found a groove when the conversations never feel forced and don’t get boring. The more you work on ensuring it stays that way, the more likely the relationship will work.

All relationships take sacrifice. You cannot coexist on any level with anyone unless you give something up. But in long distance relationships, in particular, you’re going to have to put a lot more sacrifice into every aspect of the partnership.
This is also why long distance relationships are not for the faint at heart.
Being in a long distance relationship is like having faith — you’re believing in something that you cannot physically see.
While the digital world has done a bang-up job in shrinking the world, there’s still something to be said about sitting down with your partner, chatting over a bottle of wine… in person.
That is why you MUST save money to make periodic visits. If you’re not financially stable enough to plan out a trip every quarter or organized enough to make to proper budget cuts to afford to do so, maybe a long distance relationship isn’t for you.
You have to sacrifice sleep if you’re in a different time zone, nights out with the boys, and even some real sex. But if she’s worth it, you’ll make it.
At the end of the day, your goal should be eventually getting within close proximity with her. Let that be a goal that you both work on together.
Long distance does not have to be a deal breaker, it should be a test of what you’re willing to do for someone you care about.

Disney Princess Syndrome: What It Is And How To Beat It
Why Heartbreak Is Never Even: She Wanted You, But You Needed Her