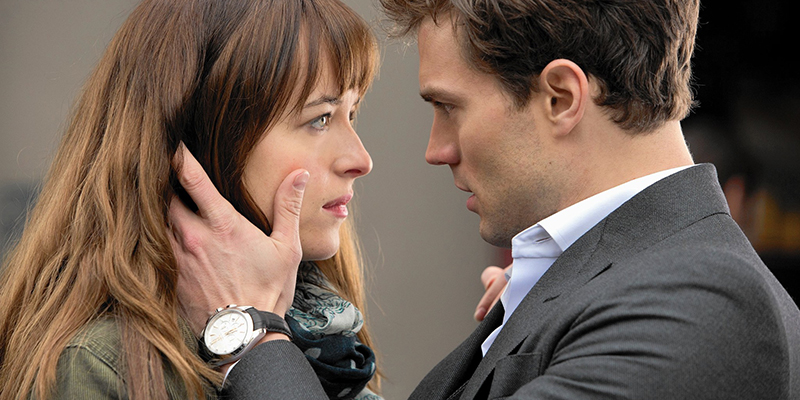 At our core, we’re wired as cave men and women.
Dating guru’s, new relationship philosophies, and modern takes on courting may try and complicate the relationship between men and women, but at the very foundation it’s simple: women want to be dominated.
The problem is that we live in a passive society.
Instead of acting instinctively, we let an abundance of irrelevant factors get in the way of what should be a simple exchange. 99% of the women you meet and encounter will not be the one.
She, the one for you, represents a lonely one percent, meaning the pressure you put on yourself on the day to day dating scene is completely unnecessary. In contrast, it should be pressure free.
The back and forth that takes place in our heads like, “Should I text her?” “To go in for the kiss or not to go in for the kiss?” Or “Should I ask her out?” all take us out of the game.
Fear shows; we’re animals.
The number one complaint that women have is that men can’t be dominant. They are too concerned about the outcome instead of how they feel inside when the latter should be our guide.
Every woman you approach should feel the authority and dominance in you. It’s not in the words it’s in the tonality.
Dominance is the look in your eye, it’s the way you walk, it’s your sexual energy.
Men get caught up in the friend zone so easily because they don’t know how to exude their sexual prowess. Purposely looking her her dead in the eye and letting her know that you’re the man is an example of this.
If you want her to blow every guy out of contention and for her to only see you, be the dominant guy in the field of passivists.
Have an expectation of how things should be, assertively pursue what you want, and don’t care what people think.
When you master dominance not only will your dating life start to change but every aspect of your life as well.

Having An Expectation For How Things Should Be

Half of the battle when it comes to getting the woman we want, the job we want or even the good parking spot at the grocery store is our mindsets before hand.
Any inkling of doubt, non-belief or feeling that you’re not good enough can and will be sensed by the object of your pursuit.
Despite how hot she is, despite what you have on versus what she has on, despite how much money you make, you must see yourself as a contender.
Have a dominant mind state that you will leave with her number or that she will come home with you or that she will be your girlfriend or whichever outcome you desire.
You must have that goal in your head before walking across the room to talk to her, or else you’re doomed.
Being dominant is believing that you are the man, that you are the best, regardless of what the circumstance is and it’s something that’s been proven to work time and time again.
Why do you think the nerdy stock brokers and rich pricks have women falling all over them? Is it because of their accolades? No.
It’s because their money, status, and privilege give them the expectation that they deserve these women.
And this expectation is something that you can possess without any of what they have.

Assertively Pursuing What You Want

Another quality that dominant men have is that they assertively pursue what they want.
They don’t ask questions, they don’t hesitate, they just do. They just go for it. They’re willing to risk rejection to get what they want, and what they think is right
Walk across the room, amongst her crowd of friends or in front of the other guys lingering around her.
Show your dominance by how you’re a go-getter, and off your action alone you’ll be a front runner for her attention. The majority of men are not dominant — their entire game is passive and reactive.
So when you’re the one to break through the status quo, you’re showing her that you have something to offer.
When you push for her number, instead of being hesitant, say “Hey, I think you’re really pretty – what’s your name? Where are you off to? Well, I can’t join you…but I want to know you – what’s your number?” Or “Hey who are you? Alright, I gotta go sort something out over there, but I wanna talk to you.”

Not Caring What Others Think

One of the major factors to being dominant and showing your dominance is simply not caring what other people think.
You would be surprised at how much of your dominance is tied up in the opinions of others.
True dominance is not caring about rejection and knowing that no matter what, your main objective is getting her to see and hear what you have to say.
You’ll be surprised at the lengths you will go and the boldness that will come out when you disregard the thoughts of others.
I’ve seen some of the weirdest guys who were far from clean-cut get some of the classiest women simply by being the most dominant man in the room, unphased by the presence of everyone else.
Imagine yourself walking up to the girl who’s “out of your league” or who everyone swears you can’t get just because you’re dominant.
The possibilities are in your hands as long as you tap into them.
Dominance is natural for men. We’re wired to take control.
When you don’t let yourself or anyone else come in between what you want, you’ll be surprised at what you get.

Why You Need To Stop Making Excuses And Just Go Talk To Her
The End Is Near: Ten Signs That Your Relationship Is Over