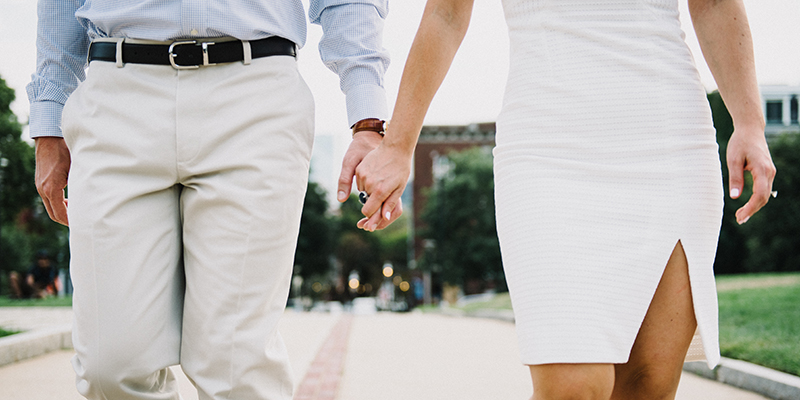 Women, more now than ever, are making their voices heard and are not taking shit from people.
If you’re a human being with a shred of compassion, you should be glad to see this happen. No one should ever have to face unjust discrimination, or be made to feel inferior because of their race or gender.
Men sometimes get a bad rap for being anti-women’s empowerment, but these are a select group of guys who have never really quite gotten past the cootie-phase of their emotional development.
Real men support women and not only hope for gender equality, but actually take action to help it become realized.
However, on a first date, it does both the guy and the girl a world of good to leave gender and political discussions at the door. Why?
The reason is simple: because building attraction has nothing to do with the sociopolitical climate of the world.
The gender debate is important, but when two people are trying to get to know each other, lamenting over why men make more per hour makes things lukewarm. Attraction, when it’s real, should transcend gender.
It’s something that should make you feel like the two of you are in a bubble, separate from what’s going on in the world.
Yeah, Trump is president, and a lot of people aren’t happy about it and some people are, but what does that have to do with whether or not you both want to stare into each other’s eyes over a table of Indian food?
Most of the inequalities between women and men are a result of things like government, weird, outdated religious traditions, and men who don’t quite understand what the word “empathy” means. But sex, love, and dating are things that shouldn’t have their joy infringed on by a heated debate about catcalling.
You’re a man, but that doesn’t mean you have to play some role when you’re getting to know a woman.
Just be you, let her be her, and see if you two mesh. Romance and politics are two of the most diametrically opposed topics and the latter can really screw up the former if you let it.
If the check comes don’t think about who pays as a statement about the state of the world. Let her pay, or cover it, or split it if you want. You’re not going to heat things up by breaking into a conversation about how a man paying is condescending. You ate and drank stuff at a place, just pay for it. End of story.
Sex is another instance where politics and debates about gender can really put a damper on things.
Sex, when it’s done the right way, is the act of two people communicating and hopefully finding mutual gratification from each other. It’s not an opportunity to talk about how doggystyle is degrading.
If your girl is into rough sex, because it’s what she likes, that’s one thing, but if she thinks smacking you around is her way of sticking it to the patriarchy, you may want to have a little talk.
Romance, sex, and love all happen on a separate, private plane from the injustices in the world, and it should stay that way. The world “out there” is so ugly and filled with hate; to conflate the two would be a disservice to love itself.
That being said, if going to feminist rallies and protesting brings you both closer, then go for it, but keep things balanced.
Support her and her female peers because it’s the right thing to do for a better world, not because you’re worried about whether or not the male or female populace is represented equally in your relationship.
Relationships and sex are things that people have been engaging in way before there were political opinions or national divides about who has what rights. In a sense, love is the most human thing we have, and everything should be tantamount to that.
So, if you start getting the sense that your relationship has become more of a debate about world affairs, and is so divisive that you feel like two separate entities rather than one connected by mutual affection, it may be time to speak up.
When the two of you are spending a Saturday night in perusing Netflix and eating junk food, don’t think of yourselves as representing your gender. Just enjoy each other, and go on a little vacation from what’s you saw on the news that day.
Things are rough in the American political sphere right now, but romancing a woman is one of the last parts of life where none of it matters. It’s your job, of course, to attract a women in a way that doesn’t contribute to the bad image that men already have in society.
Be respectful, and upfront about what your intentions are, but don’t constantly worry about the statement you’re making with your approach. What you should be really focusing on is the jittery feeling that getting to know someone gives you or the adrenaline rush of having sex for the first time.
Enjoy it, and immerse yourself in the experience as if the rest of the country was some distant place with problems that, at least for the moment, don’t apply to you.
It doesn’t matter what you’re political identity is, or what you stand for in your day-to-day life; when you’re diving headfirst into a relationship or even going on a first date, just be a human looking to connect.

Ask Yourself: Are You Getting In A Relationship For The Right Reasons?
Time To Sack Up: 4 Strategies On How To Seduce An Alpha Female