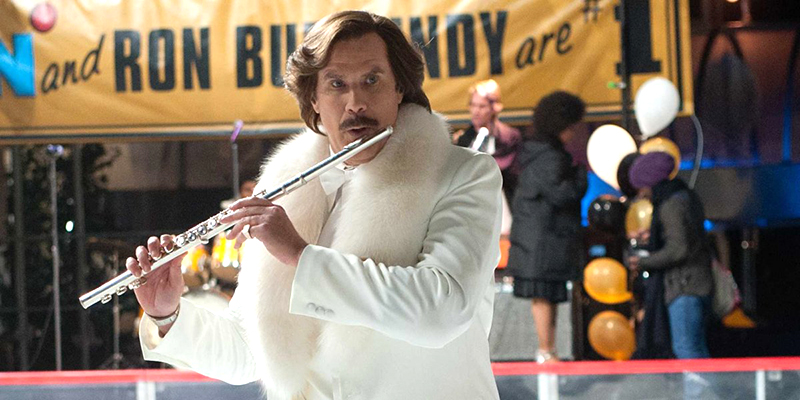 Think Outside The Box: Why Creativity Makes You Better With Women

You’ve been hitting the gym, got a better job, and just moved into your own place. Your confidence is sky-high, and you feel unstoppable.

Things are going well for you, and you’re finally ready to start going out again to play the game now that your life is back on track.

You go shopping, get a haircut, and prepare yourself for a night slaying at whichever club you and your friends decided to go to that night. On the surface it seems like you have all the necessary ingredients for a killer night.

But it’s been a while, and in the time that you were getting your life together, the improvisational part of your brain that comes up with brilliance on the spot didn’t get much use. Your game feels a little rigid, and you find that you aren’t quite as witty or charming as you once were.

It’s got nothing to do with your look or your money—that stuff you’ve taken care of. It’s something a little more subtle that some guys don’t even know they have. I’m talking about a creative spark, or the ability to manufacture humor, charm, or convey ideas to another person in a way that they connect to.

When it comes to attracting a woman, creativity is key. Many women are not literal people; they tend to be more visual, or emotional, and respond better to ideas or feelings rather than geometrical, brick-by-brick explanations of things.

Men, usually are the opposite, and have an outcome-oriented, linear way of looking at life. Of course, this is a general interpretation of the way the male and female mind works, and can’t be applied to every person, but if you look at sex, there are astounding parallels.

So what does this tell us about creativity when you first approach a woman? Being creative makes you appear more fluid, more carefree, and less concerned with a basic need to just bang and bounce. The ability to vibe with her in a way that feels unpredictable in an exciting and novel way is a surefire way to pique her interest.

But not everyone is a painter, musician, or writer and creativity doesn’t necessarily come easy to those who aren’t. Stay calm: if you’ve never made a piece of art in your life, you can still attract a woman, but opening your creative side will undoubtedly boost your attractiveness.

It shows that you’re cerebral, and maybe have a lot more floating around in your head than what she can glean just by talking to you.

It makes you interesting, unique, and helps you stand apart from a guy who walks up to her and asks her how much a polar bear weighs. We know, we know: enough to break the ice. Great, line. Really, bravo!

The question remains: how does a guy learn to be more creative? There isn’t a surefire way to answer this, because everyone’s mind works differently.

One guy may find that he has a natural talent for stand-up comedy, whereas another may find that he’s visually inclined, and throwing water balloons filled with paint at a canvas is how he expresses himself.

It’s kind of like Woody Allen said, “You have to find your own funny.”

He was talking about comedy, but I think this really applies to all forms of self-expression. Find a medium that unlocks a part of your brain that helps you think outside the box.

You may not see the benefits immediately, but over time you’ll see how firing up some of your creative neurons makes you think better when you’re talking to a woman, and also gives you something cool or unique to talk about. Who do you think she’s going to want to learn more about?

The guy who works at his dad’s accounting firm, eats a peanut butter and jelly sandwich every day, and gets exactly eight hours of sleep per night, or the guy who learned how to play a sitar that time he spent a month in India? I don’t know about you, but if I was a girl, I’d go sitar-guy every single time.

The ability to create ideas, thoughts or images out of nothing is an overlooked privilege we get with our sophisticated brains.

Maybe resourcefulness and thinking outside the box is considered attractive because it indicates the ability to find new ways of getting food or escaping danger in caveman times, or maybe it creates mystery and curiosity around a person.

If a girl ever asks you something like, “What else is going on in that head of yours,” it’s her way of saying she really wants to get to know you and you’ve successfully gotten her interest.

No one is saying you have to be the emotional, afflicted creative type either. You can still be a writer without being a drunk, and still be a photographer without being a perv; the point is that you’re passionate about what you do and you let it become a part of who you are.

It gives you layers, dimension, and just makes you more interesting than the guy in his twenties who thinks golf is an interesting conversation piece.

Go out and try something new. Open your brain up to new ways of thinking and then go to a bar and game.

You’ll surprise yourself with your new insights, and come off as a more, well-rounded, interesting guy that she won’t be able to keep her hands off of.

Why You’re Better Off Viewing Your Next Relationships As An Experiment
Don’t Sweat The Little Stuff: 5 Relationship Issues You Need To Avoid