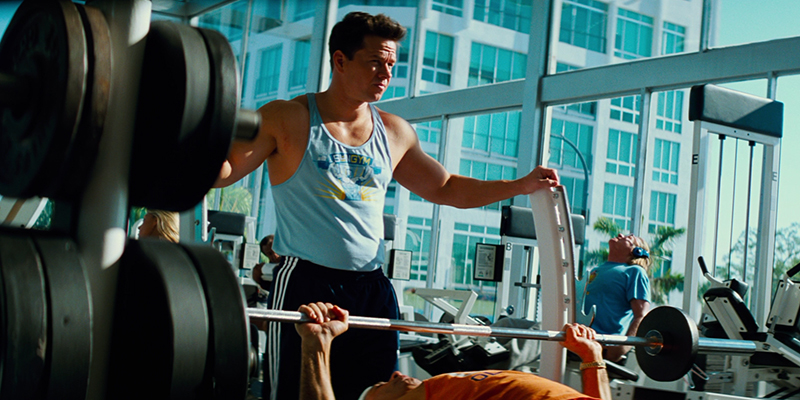 Up until our recent transition of power, the law of the land was appearing to loosen up on their opinion towards marijuana.
Former New Mexico Gov. Gary Johnson faked a heart attack on stage to make light of the claim that you can have a heart attack within moments of inhaling it at marijuana at the Conservative Political Action Conference (CPAC), for goodness’ sake.
Now that conservatives are in power — with a VP who is on record for calling marijuana a gateway drug and documented proponent against it’s legalization — one would assume that it was looking bleak for the green-leaf industry, yet we continue to see innovation in that space.
Jim McAlpin, Gym owner of Power Plant Fitness — the country’s first cannabis gym — is a part of that innovation.
In a new interview with Outside magazine, McAlpine says his mission is to change the “heavy-lidded couch-bound” stigma associated with marijuana users by proving weed can take your workout to new heights.
With a due date set in May, it appears that he just may get that opportunity.
McAlpine says Power Plant Fitness will offer cannabis performance assessments from trainers, with weed-assisted workout plans. You’ll also be able to buy a Power Plant-branded line of edibles at the gym, he says.
While the research is still being fine-tuned, McAlpin is of the belief that pot might increase your tolerance for pain and reduce anxiety and inflammation. McAlpine also says that he’s seen enough anecdotal proof in his work as a fitness professional to believe that weed can “help you get into the zone, into eye-of-the-tiger mode.”
Cannabis is behind the passion that brought the gym to life and it’s a part of what brought former Miami Dolphin Ricky Williams as an investor.
As different states structure their stance on what’s an ever-growing weed industry, it’s going to be interesting to see how many concepts like this continue to develop.
McAlpine eventually wants to spread his gym to San Jose, Seattle, Portland, Los Angeles, and Denver in the future but for now he’s focusing on his first opening as a priority.
A future of working out while smoking is almost inconceivable when you think the kind of restrictions pot has had in the past, but weed cafes, parks, and now gyms, are becoming the norm.