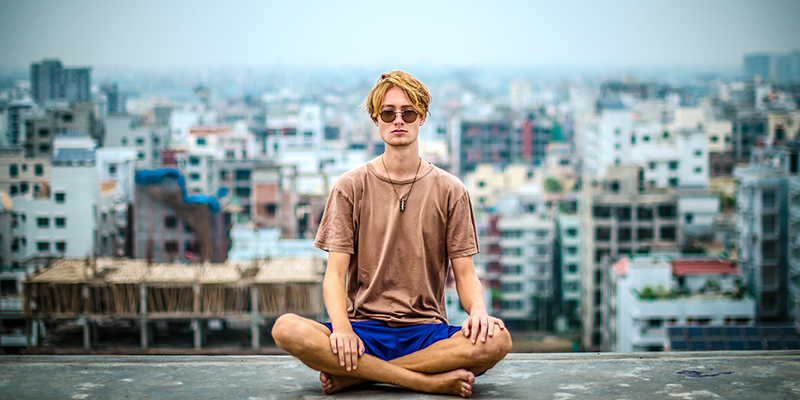 How To Be Broke And Still Succeed With Women

You’ve just gotten the phone number of the girl of your dreams.

She’s exactly your type: tatted, knows more about sports than you do, likes Mexican food and is totally down to go see Blink-182 next time they’re in town.

It almost feels like you couldn’t have dreamed her up if you tried, and you walk out of the bar feeling like those ten digits are the code to Pandora’s Box of pickup.

It’s not your first time getting a number (thank God), in fact, you got two others that night, but you’ve decided to put all your energy into wooing this new captivating female.

Then it dawns on you: you’re broke. Not like you’re just low on cash.

More like you just paid rent, your phone bill, got a parking ticket, went grocery shopping and bought your grandma a birthday present and payday isn’t for another two weeks.

Your heart sinks. You can’t wait two weeks to text the pop-punk loving lass from the bar; by then some other dude will have his arm around her, and you’ll be a distant memory.

What do you do? Do you just forget it, and wait until the next great opportunity comes around because of bad timing?

Is your emaciated bank account a reason not to even bother? No. It isn’t.

The truth is, in the very beginning of a romantic encounter, money has absolutely nothing to do with building attraction.

If any guy tells you otherwise, he doesn’t really know what it means to have game, and usually is the one who gets a table at a nightclub, lets a bunch of hot girls drink all of his vodka and then wonders why he went home alone.

Personality, ambition, and charm: that’s all you need on a first date. In fact, too much extravagance will make her feel cheap, like you think you can buy her with a limousine ride and candlelit dinner at a five-star restaurant.

Relax, President Trump. Cheeseburgers or roasting marshmallows on a beach by a bonfire will do just fine.

A first date is nothing more than an audition for a second date.

Sometimes, it ends up in sex, which is totally cool, but all you have to do on a first encounter, is create an environment where the two of you can get to know each other.

This could be anything; a bike ride, a hike, or something free like a street fair.

The point is, spending huge amounts of money (that you don’t have) is not going to make things happen any faster.

Generally, women are more concerned with the traits you have as a person and what they mean for your long-term growth.

You might be broke now, but if you’re the kind of guy who has drive and plans on making something of himself, it goes a long way with a woman.

It’s interesting, shows confidence, and that you’re the type who can handle a little adversity. Being able to shell out a few hundred dollars on a date, doesn’t say much about who you are.

Except, well, that you have at least a few hundred dollars.

Real women—the kinds that are worth dating—prefer to be treated like people, and there is something dehumanizing to them about treating romance as a transaction. It’s almost as if you’re implying that she can’t pay for her own stuff.

You’re not her sugar daddy or someone she needs to pay for all of her stuff; you’re her date, and she wants to see what you’re all about, not how much cash you’re willing to shell out to impress her.

Women that rely on men to do this sort of thing for them, generally, are not the kinds that make for healthy relationships.

Some guys will argue that women are turned on by money. That may be true, but it’s artificial attraction that is contingent on the fact that the money never runs out.

It’s also the kind of relationship that is constantly put to the test by other men. The fact is, you’ll never be the tallest, wealthiest, most-jacked, or most well-paid, so relying on those things to get you laid just isn’t prudent.

It’s an unstable way to go about attracting women, and could change at any moment. You’re much better off working on yourself as a person, and not worrying about how big your bank account is.

Whether it’s six figures, or two, don’t let it hold you back from spending time with a new girl you meet.

It just takes a little creativity. Find something to do that doesn’t cost much money that will still give you an opportunity to talk.

It really doesn’t have to be complicated, and if you can’t think of anything, then it’s a good opportunity to understand that this is a weakness in your game.

If you have trouble keeping a woman occupied with nothing more than a good conversation, then this is a sign of a bigger problem. If you’re broke, use it as a way to learn to keep things simple.

It’ll be a useful exercise, and force you to get better at just being an attractive choice for her without really having to try too hard.

There are plenty of guys out there who are broke but still manage to get girls because they know how to use what they’ve got. They know how to keep a girl interested in the conversation and in them without feeling the need to buy her.

This should be the goal for most guys, while keeping in mind that when the time is right and you can afford it, it’s okay to splurge on a girl you care about.

So next time you find yourself without any cash to spare, don’t freak out.

You can still text that girl you met. Who knows, it may turn out to be one of the best dates you’ve ever had.

Addressing Insecurity: How To Make Your Woman Feel Beautiful
The Three Essentials: Preparing For The Perfect Date