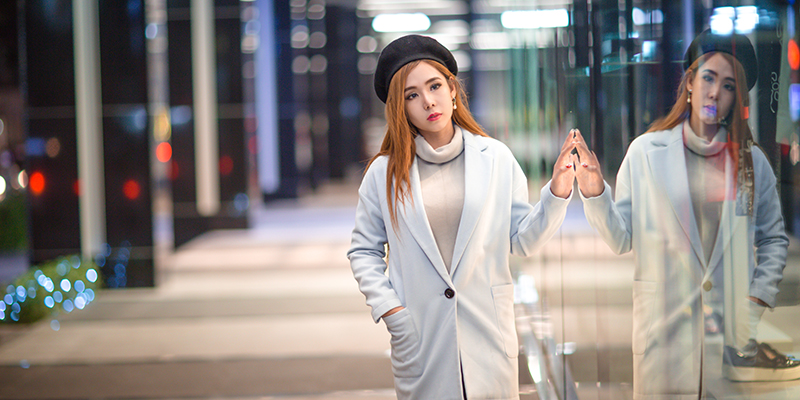 Addressing Insecurity: How To Make Your Woman Feel Beautiful

You can’t miss her, she is extraordinarily beautiful and not by coincidence.
Since she was a little girl, she wanted to be pretty.
Her parents marveled as she aggressively combed her baby dolls hair as if she were plowing a field and years later, watching her brush her hair in the mirror for hours.
Because she strives for perfection, in her mind, it’s a destination of which she never arrives.
Am I smart enough, strong enough, confident enough, am I wise enough, am I enough?
These are but a few of the questions a woman asks herself, as she grows from that sweet little pig-tailed girl into the woman she is today.
This morning like many before it, she awoke before the sun to prepare for the innumerable challenges the day would bring.
Long before the monotonous array of errands, circumstances, and disappointments, begins the battle of insecurity in her mind.
The television, magazines, billboards and social media whisper to her night and day what she should look like.
“You are too tall, too small, too big, too skinny, too pale, too dark. Your teeth are crooked, nose isn’t straight enough, ears too big, smile too wide, lips too thin, lips too big. Your hair is too flat, too short, too long, split ends, waxy, oily, dry, brittle, broken and falling out.”
The battle has been forged, a relentless adversary she remains to herself.
Yet, she has somehow managed to get out of bed, find something appealing to wear and on a good day, is able to fix her hair in a matter of minutes.
Shortly after leaving her home, she makes her way to catch the train when she catches a foot soldier of the enemy gliding in her direction.
They continue to move in each other’s direction, neither positioning themselves away from the eventual encounter that lies ahead.
Both women steady their approach backs straightened, hair brushed from their face, designer bags moved from the shoulder to the forearm.
Strides lengthened and hips see-sawing as they move by one another. Each opponent moving their eyes slowly downward and then upward as their shoulders brush.
The air fills with Chanel Allure and Marc Jacobs, their eyes meet, heads swivel, shades tilted and as quickly as the scrimmage began, it had ended.
While this story ended in little bloodshed, another opportunity would rear its head almost at will, and at a moment’s notice.
A woman must be ready and prepared. Her strength and conditioning cemented by the mirror in her home and her head.

A woman’s motivation and her competition? Other women.

Men, we often assume that a woman beautifies herself for us. A woman will ask you which jeans should she wear, the black ones or the blue ones.
You tell her the black ones, but she chooses the blue ones because she already knew what she wanted to wear.
She has already thought out the sequence of events surrounding her selection. A woman cares little for comfort, because if she looks good, then she feels good even if her feet are killing her.
She only asks your opinion to get you to agree with the decision she has already made. When you are walking down the street, watch what happens when two women pass each other.
It’s a beautiful twisted menagerie of good vs good and evil vs evil.
On rare occasions, respect is shown, “girl, I like those shoes”, but sometimes, no words are spoken just a “ummfh, those shoes”, and just like that, a victim of women on women crime.
While a woman’s aim and ultimate motivation in her conquest for beauty does not always revolve around us, she does need your support.
Tell her how beautiful she is, how good she smells and how sexy she is. Reminder her daily why she is in your life, how important she is to you and how wonderful her mind is.
A man who understands his woman’s worth will stop at nothing to make sure she knows how intoxicating she is.
There is nothing sexier than a confident woman. You are the man she has consciously decided to have in her life, not just because she loves you but because she trusts you.
When she feels inferior, too tall, too short, ugly or less than her opponent, she looks to you.
She knows that regardless of the battles won, or lost she can find comfort and confidence in what YOU see. You are her soul mate, her confidant, her lover and her friend.
If we can understand this truth, then you can understand how devastating our words can be for her, and detrimental they may be for us.
We’ve only tackled the insecurity a woman faces about her appearance, to address all the challenges she faces would be overwhelming.
If you ever do find the time to learn about everything she goes through, you will find yourself asking how does she still find time to love you?

In Love With Your Best Friend? Here’s What To Do
How To Be Broke And Still Succeed With Women