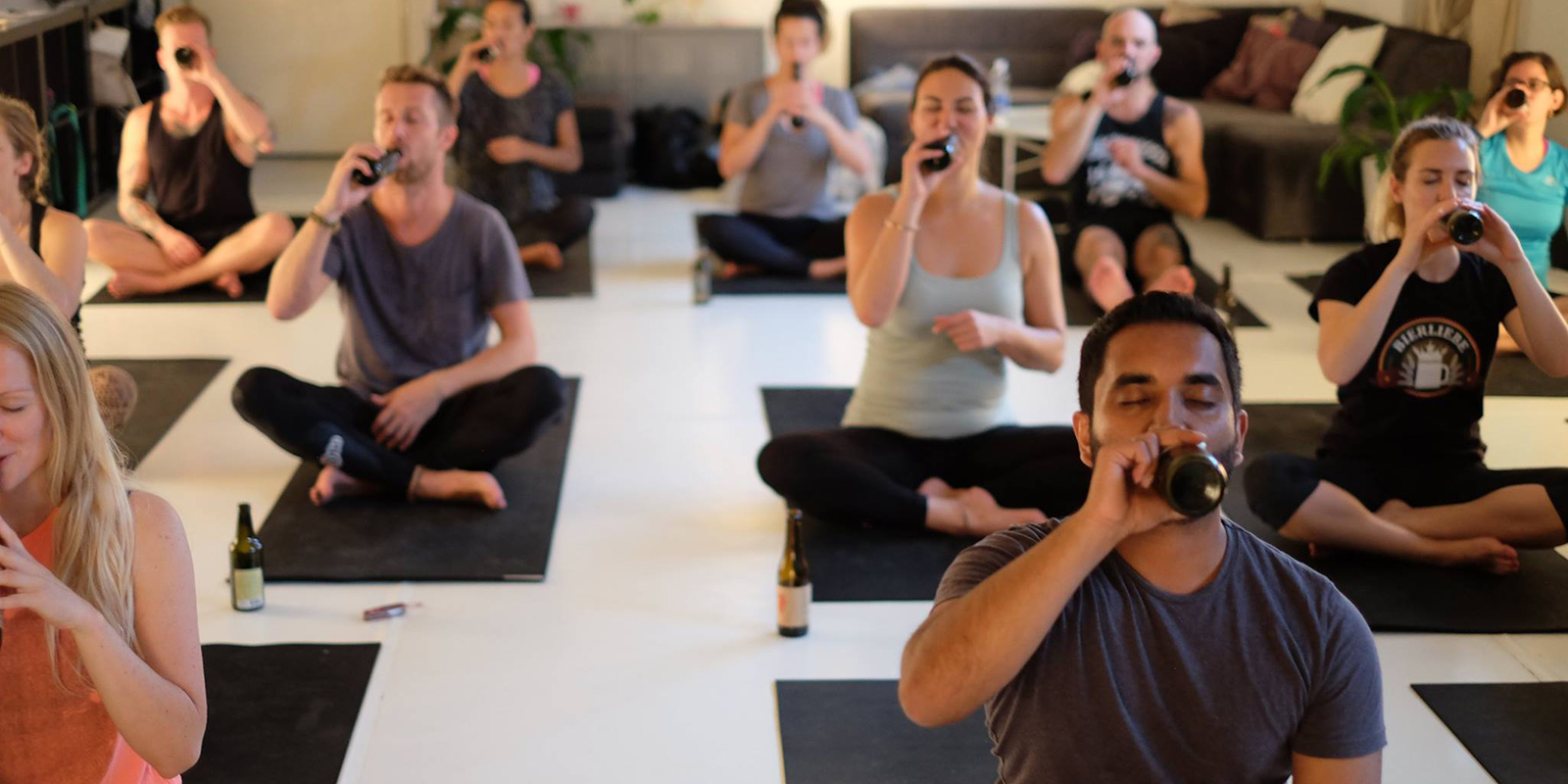 BierYoga: The New Workout That Combines Beer And, You Guessed It, Yoga

Yoga is often categorized as a more feminine form of exercise and meditation; however, lots of men vow by its healing powers – including special ops soldiers. Combine that with another activity we all enjoy, drinking nice cold beer. Sounding more masculine now?
Let’s start with a round of applause to the Germans for creating something great, yet again. BierYoga is simply the “marriage of two great loves: beer and yoga. The joy of drinking beer and the mindfulness of yoga compliment each other, making for an energizing experience,” says the homepage of the their website.
What may seem like a funny fad to some, is no joke to the company. Joining the two may help you reach your highest level of consciousness, BierYoga believes.
The company has now made its way to Australia, where they are holding two BierYoga sessions in Sydney.
What exactly do you do in these sessions? For an hour, you drink a bottle or two of beer while maintaining your yoga pose. Students even practice balancing those bottles on their head, according to Broadsheet Sydney.
As the world we live in seems to be getting crazier by the day, we have to look out for ourselves and the people around us.
BierYoga is all about bringing people together while doing something beneficial for yourself. It’s hard to believe that this hasn’t made its way to the United States yet, but it’s time to change that.
If you are a yogi, enjoy beer and want to enjoy beer while doing yoga, spread the word, and of course, Namaste.