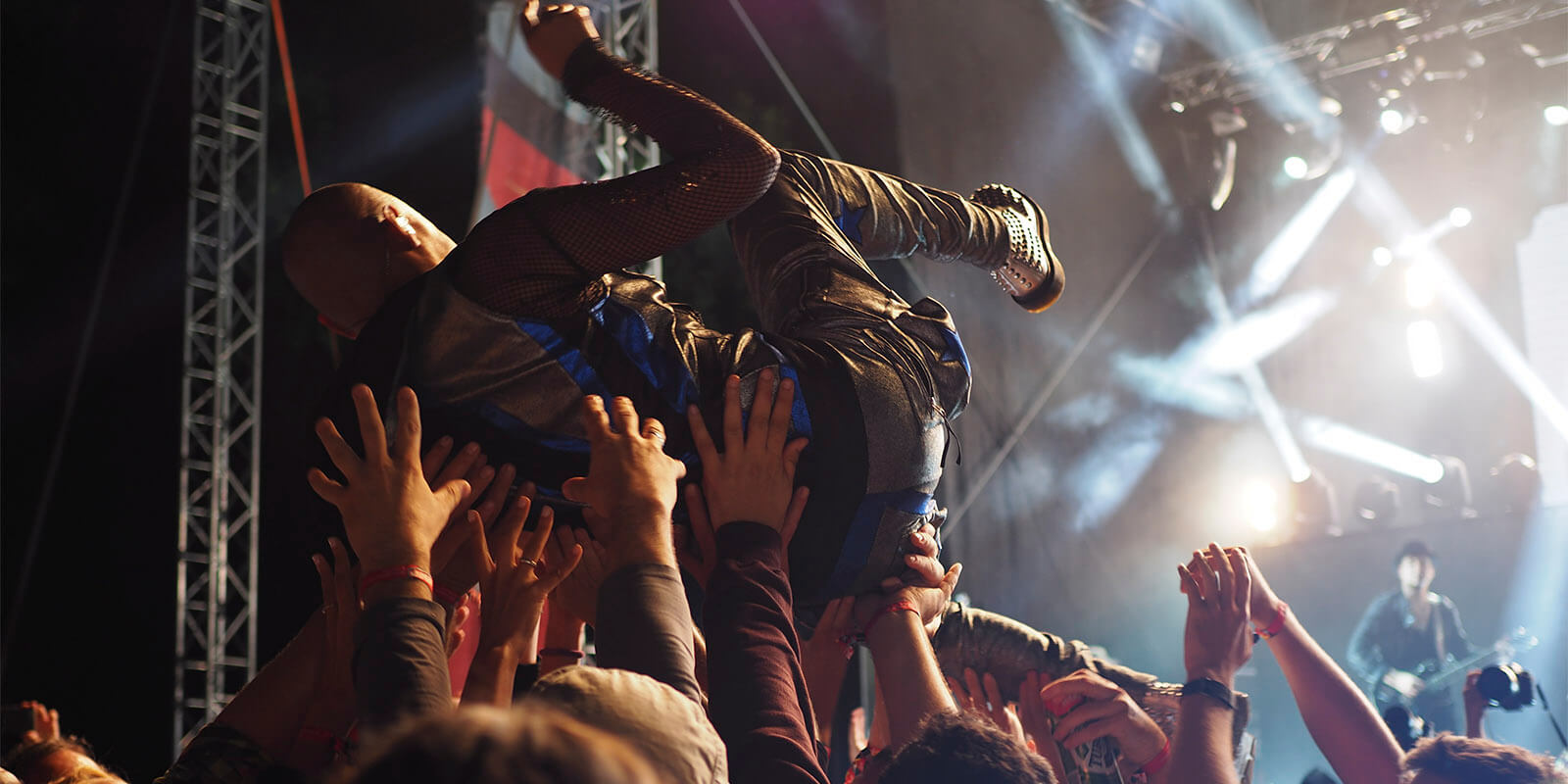 The monotony of life behind a desk, counter, or humorously named mall kiosk can get to the best of us.

As we plug away at our tiresome trades, hoping for a raise, death’s sweet release, or at least a co-worker who doesn’t regularly say ask us if we’re “working hard or hardly working,” visions of the novels we’d like to write and paintings we’d like to paint dance through our heads. While the thought of selling all our worldly possessions and trying our hand at life as an artist may seem appealing, as long as we have bills to pay, that seems like a pretty impossible dream. That doesn’t mean we need to give up hope that someday all of our work can be done from a beach somewhere — many of the world’s masters worked average Joe jobs. When you’re at your wits end and ready to give an impassioned, expletive-filled quitting speech, just remember that everyone from Jeff Koons to Kanye was just another working stiff before getting their big break.

Let me paint you a picture: you walk into a Gap with your mom, who’s looking for some pleated jeans or a sweater for your cousin, or whatever moms do at Gaps. However, instead of a peppy salesgirl, she’s greeted by none other than Kanye West. Yep, you read that right — before Kanye became everyone’s favorite Kardashian-adjacent rapper, he was a sales associate at the third best place to buy khakis.

Jeff Koons just your average finance industry bro, plugging away as a commodities trader,  before he became the world’s foremost puppy enthusiast. Considering he made $58.4 million for his original balloon dog, it’s clear his knowledge of money matters has served him well.

Long before a colorful splatter across a canvas was considered art, Jackson Pollock was expressing himself in a very different way. Prior to his entrée into the art world, Pollock acted as a babysitter for his brother, who was probably less than thrilled about the kind of finger painting lessons uncle Jack gave his kids.

We’ve all heard the story about Madonna’s humble beginnings, just a girl from Detroit trying to make it in the big city, paying the rent with nude modeling gigs and other odd jobs. The less glamorously bohemian version of the Material Girl’s rags-to-riches story involved a career detour to a Times Square Dunkin Donuts, from which she was eventually fired.

For more than a decade before he became one of the more formidable poetic talents of his generation, Charles Bukowski spent his days working as a file clerk at his local post office in Los Angeles. While it paid the bills (and provided inspiration for his first novel, Post Office), Bukowski found himself tiring of his intellectually unstimulating work, announcing, “I have one of two choices – stay in the post office and go crazy … or stay out here and play at writer and starve. I have decided to starve.”

While he was coming up with his musings on chickens, wheelbarrows, and the ripeness of plums, poet William Carlos Williams was also a well-known physician, working as the chief of pediatrics at Passaic General Hospital in New Jersey for nearly 40 years. Of course, being a famous poet doctor seems like an insane amount of work, so don’t feel bad if just can’t find the time to replicate Williams’ virtually unparalleled success.

Just because you’re not on the career path you want at the moment doesn’t mean you won’t get there eventually. When you’re feeling particularly bad about your daily grind, just remember that it sometimes takes a lot of folding sweaters and sorting envelopes before you get where you’re going.

5 Rules to Running a Jay Z Style Side Hustle
Ditch Your Goals. This Is The Only Thing You Need To Succeed.