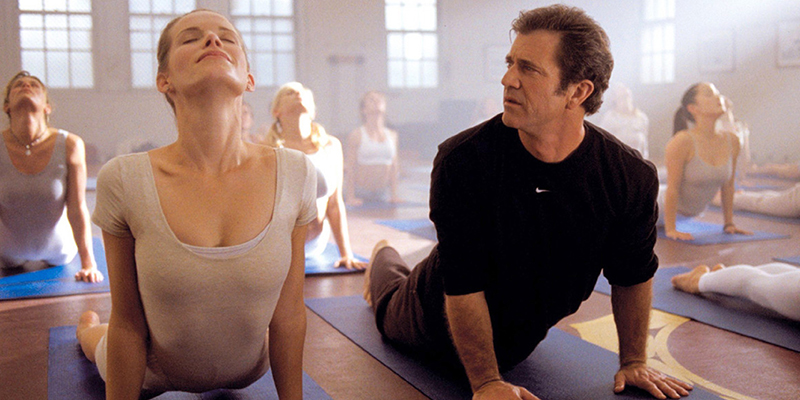 What Women Want: 4 Ways She’s Telling You What’s On Her Mind

Life would be a lot easier if men could just tell what women were thinking.
The classic 2000 film What Women Want with Mel Gibson and Helen Hunt tackled this subject when Mel’s character gained the ability to hear the thoughts of women around him.
He was able to move to the top of his advertising firm by knowing exactly what women needed at any given point in time and, as you would imagine, had plenty of success in his dating life.
But no one wants to be Mel Gibson and movies, after all, are just movies.
If the recent women’s march and the ever growing rise in feminism aren’t strong enough reminders: the fight for woman equality is very much still alive. Women deserve every liberty afforded to men and any negligence of that is unacceptable.
With that being said, men and women still are a hell of a lot different, especially the way they communicate. Men like to talk to negotiate and maintain status and independence, while women communicate to create intimacy and to build rapport.
Arnold Sanow, a teacher, trainer, and communications expert, articulated quite perfectly just how different men and women are when it comes to getting a message across on his blog. Here’s an excerpt:

“Men and women give off different body language signals. Men don’t share as many facial expressions or reactions as women. Men frown or squint more when listening and don’t provide as much eye contact, while women have more face-to-face contact. Men sit further away, fidget, shift their bodies and lean back more when listening than women do.  If a woman nods during a staff meeting everyone thinks she is agreeing with them. While this may be true, it may also mean that she is processing the information and is nodding to show understanding. Men on the other hand are nodding to show agreement.”

Because men and women both receive and transmit differently, it’s inevitable for the message to sometimes get lost in translation. This presents difficulties in dating, courting, and even friendship.
If men were to master some of these cues — these non-verbal signals that women love to drop — they wouldn’t suddenly become love gurus, but it would help decipher a great deal of confusion.
This leads us to cue number one.

Translation: She wants you, dude.
I’m not sure if it’s a lack of confidence or complete disbelief, but men drop the ball too often when it comes to responding to women’s advances.
Studies show that when it comes to courtship, women are the initiators 90 percent of the time, it’s just done so subtly that men assume they are the ones taking lead.
When you lock eyes with her from across the room and she bashfully looks away, it doesn’t mean she’s not interested, it’s a signal for you to come up to talk to her. It can even be a smile. Women will flash a smile and reel it back in, then flash another to get our attention, but because we’re so obtuse, it goes over our heads.
Next time you’re in a mingling environment, make sure you’re keen to the eyes and smile, then shoot your shot.

Translation: It’s time to go.
Some of us have the single life mastered, while others are just bad at reading signals in the relationship. Signals will inevitably be crossed, especially at the beginning of the relationship when you’re sensitive to one another’s feelings and formalities still exist somewhat.
For example, women who display their fatigue when out at a public event. As men, we want to be problem solvers. When we see something that needs to be fixed — like your girl being sleepy — we think to solve it accordingly: like giving her some coffee, telling her she can leave early to if she wants, or offering her a seat.
Unfortunately, this is not what she is trying to communicate. Whether it’s a basketball game, game night with close friends, or a wedding that she invited you to, if she starts acting sleepy, take it as a cue to end all the fun and to head on home.

Translation: You do not have swag, sir.
Women are so intelligent. They’ve been hiding the medicine in the candy long before bearing children, and such is the case when she asks to take you shopping.
What’s so brilliant is that the majority of the time, we assume it’s just her wanting to bond with us, but in reality, she’s plotting to rearrange our entire wardrobe.
In a relationship, you are an extension of your spouse. Even while you may have won her over, you now represent each other, and if she does not like how your representing yourself, she’ll subtly do something to change that.
It’s never easy telling someone they need to throw away their “lucky” pair of jeans that they think brings the Jets luck on gameday. Or that their go-to blazer for important meetings needs to go-to the trash. So take it as a compliment when she asks you to go shopping. Just know what’s going on.

Translation: She does not want the D.
One would assume that distance, lack of returned calls, and text messages and short-winded responses would all be clear and distinct indications of disinterest, yet, again, men need it spelled out and written in a corn field for to get the message.
I, too, have been guilty of this and maybe half of it is denial, but a when a woman is irresponsive it’s because she is not into you.
Often this situation occurs when she has shown maybe some remote interest initially then changes her mind, but we men can have such tunnel vision when it comes to the pursuit, we take pretty obvious signs of disapproval as busy or that we should try harder when it’s actually the opposite.
There is so much we can learn from just taking our time to observing women.  When you take ego, what you think you know, and nerves out the equation, translating how women feel and what they want is a lot easier.

4 Reasons Valentine’s Day Is The Most Overrated Holiday Ever
Do’s And Don’ts: Women Explain The Best And Worst First Date Moves