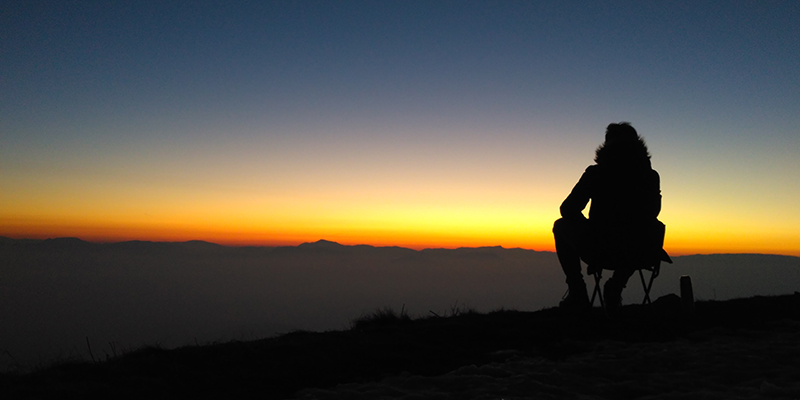 Why You Need To Wake Up Early: Lessons From 5 Successful Early Risers

It’s okay to dislike mornings.
Research has discovered about 10% of people like to wake up early, while about 20% are night owls.
If it was up to me, I’d let my body wake itself up every morning, then possibly go back to sleep just in case my body missed any undetected sleep.
But research suggests that waking up early is an easy way to guarantee success.
For starters, there are fewer distractions in the morning. Next time you beat the clock, just take a look outside. It’s like a ghost town.
Even beyond the people you don’t see, you can almost sense a serenity that you wouldn’t witness when 10 o clock hits. When you don’t have little-nuanced distractions to steal your attention, you then have the ability to focus on personal goals you always wanted to meet.
Like getting a work-out in, eating breakfast or tackling those dreaded emails. Furthermore, you’ll feel motivated to go about your day.
So now that you’re up, what should you do? Maybe you’ve never tried being productive and you have no clue what the best way is to spend this new found time that you sacrificed sleep for.
Let’s take a look at how these 5 already established, successful people spend their mornings and you’ll have an idea.

Mark Cuban is the epitome of success. He possesses a “grind-it-out” mentality in the business world where he sold garbage bags as a kid, taught disco classes and was a bartender in college.
He’s also found success in the sports world as an owner of the Dallas Mavericks, giving the team it’s first championship. So he clearly understands the methods of winning in any arena.
So what does he do in the morning? Well, in an interview with Entrepreneur, he said business is his morning meditation, and that making lists and exercising regularly sets the tone he needs for the rest of the day.
So by the time you wake, Cuban already has a list of things he needs to accomplish.

While you might catch the former president Barack Obama waterskiing and booking $400,000 speaking engagements, it wasn’t always like that.
He tackled the toughest job in the world for eight years, and whether or not you agreed with everything he did, he finished scandal free with the highest approval rating of any leaving President in recent memory.
So how exactly did the former Commander and Chief do it? Mr. Obama limited himself to only five hours of sleep and used his mornings to prepare himself for the day.
He maximized efficiency and brain power by making all the little decisions ahead. That means decisions like what to wear or eat were made far before the sun was set.
Rather, he saved his energy for the big decisions that were always just one meeting away. Obama then exercised for 45 minutes every morning, alternating between cardio and strength training

It makes me think about middle school when I was required to wear uniforms and had lunches made for me.
There was not much energy spent towards figuring out what meal would be the healthiest or which outfit looked the best. I just went.
At the very least, this process gives you order and organization for the day ahead.

Former D1 football product turned superstar wrestler, turned action movie star, Dwayne ‘The Rock’ Johnson’s life has always been centered around his physical features. And the success from his fitness routines goes hand in hand with his career.
He wakes up before dawn every morning, not to admire himself in the mirror or to count his earnings, but for discipline.
To keep up his physique, which is instrumental to making him money, he needs to be strict about his conditioning. So he uses his early mornings to begin a relentless training and diet regimen that continues throughout the day.
After having a cup of coffee, he does 30 to 50 minutes of cardio, usually, a run or training on the elliptical, then he meal preps ahead of time (kinda like Obama) — which saves money and time, too.
Use your mornings to get a good workout in then map out every meal to the letter. You’ll be surprised at the time and money you save as well as how good you feel.

The entrepreneur who founded Virgin Group actually gave a direct explanation in a blog post on his site why he’s an early riser.
According to the Virgin.com piece, Branson wakes up around 5 a.m., believing that when he wakes up early, he can get more done. Again, another multi-millionaire understanding the essence of time and it’s value.

Here’s a cool quote from his self-written piece:

“Getting up and at it early gives me time to get on top of things, and chart my day effectively.”

Having command and taking charge is something that early risers take advantage of.
And, just like everyone on the list thus far, he said waking up early allows him to add exercise into his daily routine.

This multiple New York Times best-selling author is also an early riser. Tony Robbins uses his first waking 10 minutes thinking about things he’s grateful for.
Afterward, he says a prayer for family and friends, and then visualizes what he wants to accomplish that day.

This is parallel to Mark Cuban. Not that Cuban meditates or prays, but like Robbins, who visualizes what he needs to accomplish, Cuban makes a list — both which helps with organization.
I get it. You’re body, mind and every fiber of your will does not want to wake up early. But your body would also love to eat pizza for every meal.
Your body probably has the desire to consume milkshakes and to not do one ounce of strenuous work. Or maybe it’s just me who has fleshly desires that are not exactly the healthiest.
But if you take heed to any of these successful men, you’ll find that getting up allows you to optimize time, take control of your day, exercise, and just beat the day to the punch.
Push yourself and see what difference it can make for you.

To Man Or Not To Man: How To Be A Classic Man, Not A Modern One
Be A Better Man: Why Self-Improvement Starts With Recognizing Your Value