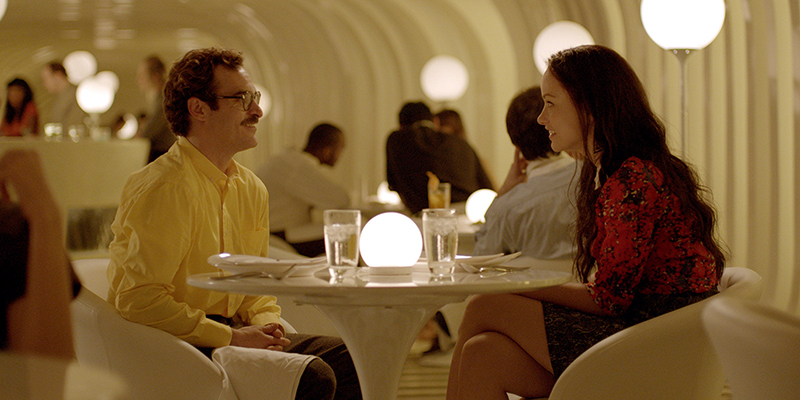 Is She Testing You? Here’s How To Embrace It And Seduce Her

Wouldn’t it be great if pickup was easy?

How nice would it be if you could just walk up to a girl, tell her you like her and make her yours without really having to do much?

There would be a lot less thinking involved, and the learning curve wouldn’t be as sharp; that’s for sure.

However, the reality is that game is so often counterintuitive, and usually, when you think you know what’s going on in a girl’s head, it’s just the opposite.

If you take what a girl says at face value, in many ways, you’ve already lost her.

This is the central idea behind a shit test, or for newbies, the moment when a girl insults you.

If you don’t realize this for what it is, you’ll end up walking away with your ego crushed and your feelings hurt.

A shit test is essentially just an insult that a girl sends your way as a measurement of your confidence.

Sometimes they are incredibly harsh, and might even sound serious, but you have to wonder; if a girl wasn’t at least a little bit interested, why would she waste her time coming up with some nasty thing to say to you.

Her smart-ass comment isn’t designed to actually wound you; she’s only just trying to see what you’re made of.

Think of it this way: if you can’t handle a little jab from a girl at a bar, how are you going to handle life’s real problems? That’s essentially the kind of thing she’s looking to figure out.

The opposite of affection or interest, contrary to what many people might think, is not negativity or a propensity to insult; it’s apathy.

If a girl gives off the impression that she just doesn’t care at all, then you know she isn’t interested.

But if she repeatedly makes fun of your clothes, your hair or the way you approached her, she’s into it but doesn’t want you to know.

Think of a girl’s mind like a neighborhood that’s going through a turf war.

On one side, you have the gang that represents the honest part, which would love to just admit that she’s interested in you and then go make out in the bathroom.

On the other side, is the gang that’s been socialized to never admit interest because of the negative connotations it comes with.

These two rivaling emotions are constantly at odds with one another, and as a result, girls have evolved to develop things like shit tests.

On a deeper level, a shit test is a way for her to keep the interaction moving, while appearing to herself and to everyone else that she doesn’t need your validation when, in fact, she wants it.

This isn’t because all girls are attention-hungry and need guys to talk to them; it’s just human nature. Everyone likes attention, independent of gender.

The point is, girls are put under a tremendous amount of pressure to not make the first move, or not admit they are sexually or even romantically interested in a guy.

It’s unfortunate, but the fear of being labeled a slut is still very strong, and that’s why she feels the need to insult you, while secretly deciding whether or not she wants you.

This is why a shit test is a very good thing. She might call you a pussy, flip you off, or tell you that you’re gross and out of shape, but until she walks away, she’s just messing with you.

Once you internalize this, you’ll find yourself completely nonreactive to these kinds of jabs, which ultimately helps you overcome them.

The worst way to handle a shit test is to show that you’re hurt by it. And make no mistake; the hotter the girl, the more savage her insults will be.

She’ll want to see that you are borderline invincible and that nothing she says will get to you.

Of course, you can’t just say nothing. You have to respond when she negs you, but how? It’s actually pretty simple.

When a girl shit tests you, she’s trying to control the frame and it’s your job to take back the control.

Take the following example: a girl tells you that your bald spot is gross, and she’d never fuck a guy who was losing his hair. There are a lot of ways you can respond.

You can go ultra-beta, and say that you’ve been trying to Rogaine the shit out of it, but nothing seems to be working and then apologize for not being good enough, or you can say something like this: “You’re crazy. My bald spot is sexy as hell. You’re only saying that because you want me. As a matter of fact, quit hitting on me. It’s creepy.”

If you can sell this kind of response, and make it seem authentic, it’ll basically short-circuit her CPU, and she’ll be temporarily disarmed.

A second or two later she’ll insult you again, and then you can simply rinse and repeat. Continue to control the frame, and show her that you’re not like every other punk-ass beta that came up to her that night.

In a way, passing shit tests is kind of cute. It almost has a fairy-tale element to it, like she’s holed herself up in some castle and it’s your job to cross the moat, defeat the dragons and rescue her.

Even the most ice-cold, frosty girls secretly want a guy to sweep them off their feet, but they want it to be done the right way.

Remember, the more attractive a girl is, the more times she’s been approached, and she’s probably developed very specific criteria and very harsh shit tests, but they aren’t impossible to pass.

You just have to be aware that she isn’t really trying to hurt your feelings. It’s a reflex, and she can’t help it any more than you can help checking her out when she walks past you.

So, next time you’re out and a girl says some cold-hearted shit to you, think twice about walking away. Stick around, answer back, and see what happens.

Have You Ever Wondered Why The Girls You Date Never Seem To Work Out?
How To Pickup Women Like A Real-Life Wedding Crasher