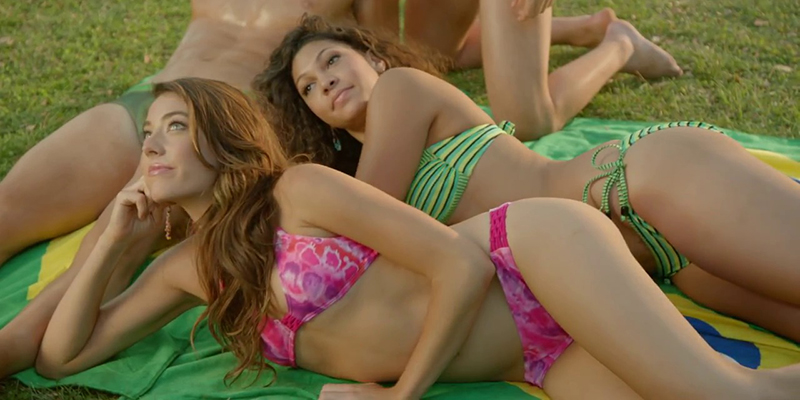 Survey Says… The Facts Behind Who ‘Fakes It’ And Why (Infographic)

We should all know by now that faking it in the bedroom is a very real phenomenon.

Those who have seen When Harry Met Sally cannot forget Meg Ryan’s infamous performance in Katz’s.

It shocks Harry (Billy Crystal) but we 21st century men should no longer be surprised by these things. It’s merely a fact of life; if you cannot make your partner orgasm at that moment, a good amount of the time they’ll want to fake it in order to make you feel good and everyone can proceed as usual.

A recent survey by Dr. Ed  got down to the nitty gritty details of faking it. Who does it and why? Is it just women? Does sexual orientation have anything to do with faking it?

We picked out some of the more interesting factoids from the survey.

Right off the bat, it’s apparent that faking it is extremely prevalent in women.

According to the study,

“Faking it may be more common than you think – at least for women. Our research found that of the 2,000 participants surveyed, 68 percent of women admitted to faking an orgasm with their partner. This may be news to some men, however, as 27 percent of male respondents told us they have faked an orgasm.”

Ok so, women fake it. This we know. 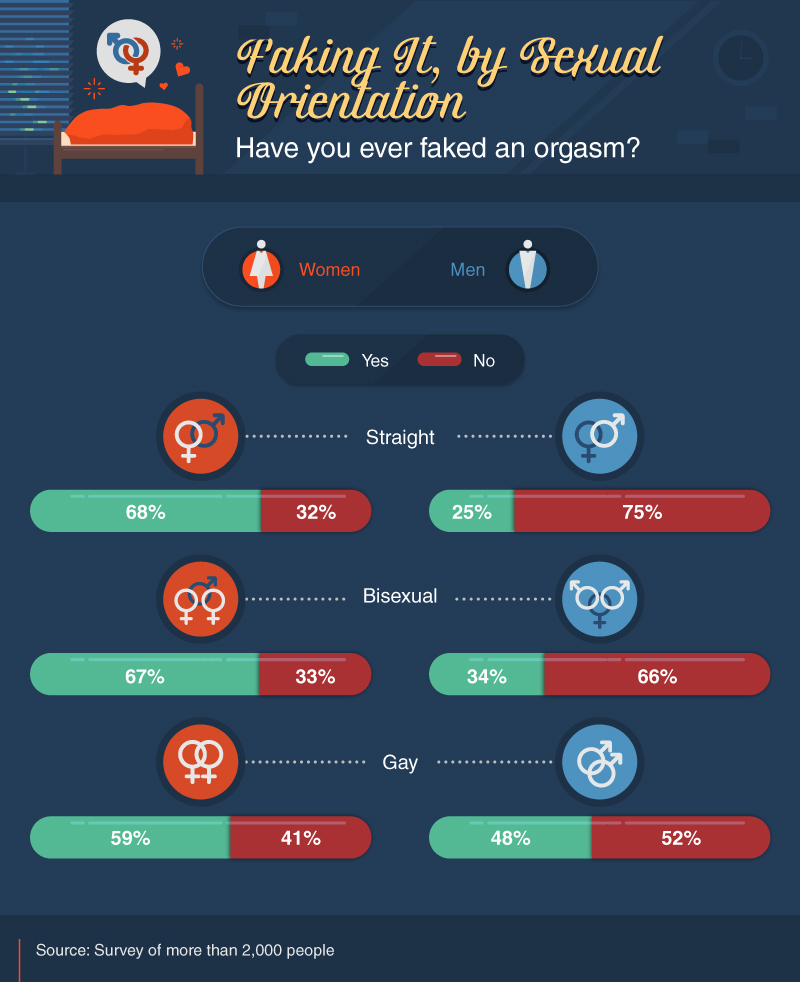 The study goes on to say that it’s mostly straight women who feel compelled to pretend.

“While women were far more likely than men to admit faking an orgasm during intercourse, our survey showed that straight women were more likely to pull their ‘O face’ on queue than bisexual or gay women. Studies have shown that women who rely on vaginal penetration during sexual intercourse may have a harder time reaching their climax than those who find stimulation in other ways.”

Hmm, roger that. So, women in same-sex or bisexual relationships are far less likely to fake it during sex.

What about us guys, huh? Do we need to act like we’re getting our fair share in the bedroom, even when we’re not? 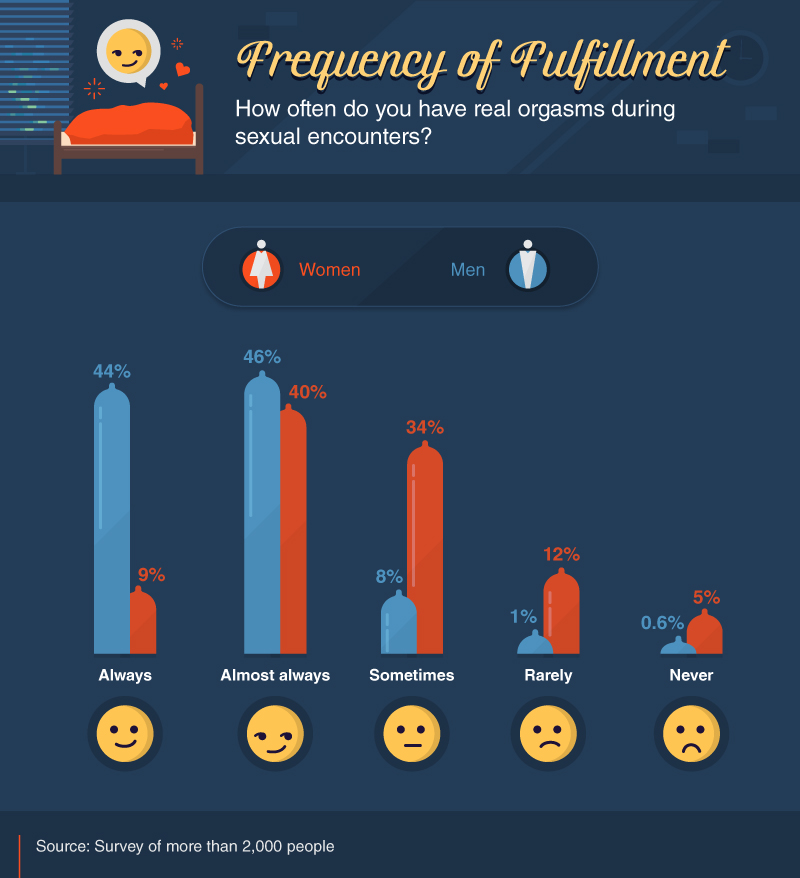 Well, according to the study… not really.

“On the other side of the bed, men who identified as either bisexual or gay were significantly more likely to fake an orgasm than straight men – 25 percent compared to 34 percent (bisexual) and 48 percent (gay).”

So, while more gay and bisexual men are faking it, almost no straight guys are.

The one thing in common between the populations that fake it the most? 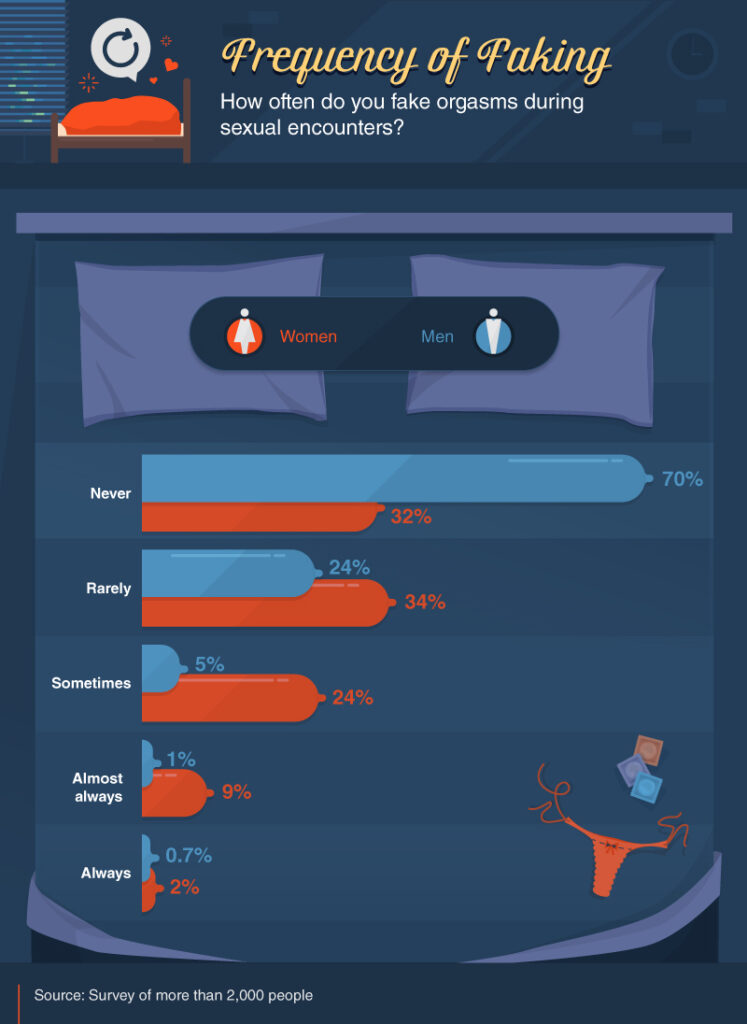 They are romantically involved with men.

So guys, talk to your partners, figure out a way to make sure they are getting theirs. Open communication is the hallmark of any successful and healthy bedroom.

You can’t be upset about someone faking it if you’re not providing the necessary services.

Why Heartbreak Is Never Even: She Wanted You, But You Needed Her
3 Things To Remember When Entering A ‘Casual Relationship’