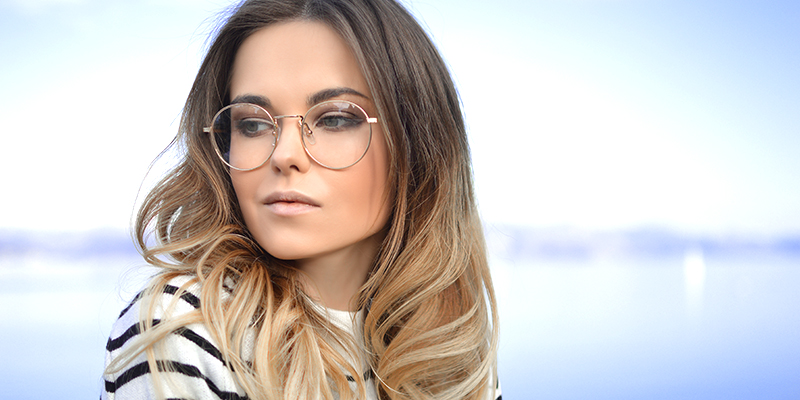 What do women want? It’s a puzzle men have desperately tried to solve for centuries. Yet the answer still eludes us.
As a guy, trying to figure out how to make (and keep) a woman happy often feels like trying to understand sign language… (no ladies, I’m not calling you deaf).
You can pick up little pieces here and there, but can’t quite figure out how to put the pieces together into a coherent message.
As I’m sure you know, what women say and what they actually mean are often two very different things (in fairness, men do this too, just less often).
If you’ve ever experienced the confusion of trying to decipher the hidden meaning behind a woman’s words, you know how frustrating it can be.
And to make it even harder, if you ask women directly what she wants or she’s attracted to in a guy, you’ll usually get vague responses like confidence, charisma, kindness, etc.
Not very helpful for us guys.

RELATED: This Is MUCH More Helpful…

Well I’m gonna share a little secret with you man… Lean in close, I don’t want anyone to overhear.
Most women don’t actually know what they want. And honestly, most guys don’t either. I mean hell, it’s hard to even know what you want to eat for dinner sometimes.
So it’s understandable why we often have difficulty figuring out and expressing what qualities we’re looking for in a person we want to spend the rest of our life with.
Love is complicated, confusing, and painfully difficult to navigate, regardless of what your gender is.
And quite honestly, women have it even harder than men because they have much more to lose in the dating and mating game (more about this in a second).
So it makes sense why you tend to get vague responses when you ask women what they’re looking for in a man they want to date.
You’re asking a woman to explain how her feelings work and expecting to get a straightforward response… Good luck with that man.
The truth is, what you’ve been conditioned to think and believe about what women want, what they’re attracted to, and what turns them on, is probably wrong. And that’s because you’ve been relying on a faulty source of information.
You’re beliefs about dating, sex, and relationships were formed based on information gathered from what you’ve observed and what you’ve been told by seemingly trustworthy sources.
Over the course of your life, you’ve been exposed to opinions, ideas, and information from a variety of sources: mainstream society, dominant media, cultural influences, your immediate social groups (friends and family), and others.
Then, subconsciously, you’ve synthesized everything you’ve learned and observed, holding onto what seems most relevant and useful and discounting the rest, to try to understnd women, sex, and relationships. This is how we learn.
Unfortunately, these sources provide us with a skewed, biased, and most importantly, scientifically inaccurate account of what women find desirable in a potential mate.
Yet, we’ve relied on this information to inform our beliefs and give us a roadmap to effectively navigate the labyrinth of love in an attempt to find and attract our ideal partner.
And that’s where we ALL fucked up big time (yes, including me)…

RELATED: This Roadmap Will Never Steer You Wrong

Because what we’re really talking about, from a biological perspective, is mating.
We’re looking at how and why people choose the mates they do, and what makes certain mates more desirable than others.
And you can’t talk about mating without talking about evolution because evolution is the driving force behind who and what we find appealing and arousing. So let’s talk about evolution.
From an evolutionary perspective, sex for women is risky business. There’s a term scientists use called minimum parental investment, which refers to the “cost” of mating for men versus women.
For men, the minimum investment is very small… it’s simply the time it takes to actually go through with the act of having sex.
After the deed is done, the man’s part is finished. He could, hypothetically, go on his way without a second thought, or a second more of time spent.
Now obviously, this would be highly unethical by today’s standards and would make him a total scumbag, but keep in mind we’re speaking in evolutionary terms here.
Ethics didn’t exist until quite recently on the evolutionary timeline.
Which means, whether we realize it our not, much of our behavior is still guided by the evolutionary principles coded into our genes over thousands of generations and tens of thousands of years.

Like it or not, we’re all a product of evolution. Now for women on the other hand, the minimum parental investment is extremely high.
In fact, human females have one of the highest minimum parental investments in the entire animal kingdom…
At the very least women must endure nine months of physically taxing pregnancy as well as a painful, and very dangerous child birth (many women died giving birth before modern advances in medicine)
Again, now that we have contraception and other reliable methods of preventing pregnancy, women can avoid these risks quite easily.
But again, these are very new advances. The part of our brain that controls sexual urges, the hindbrain or reptilian brain, is still operating on hardware that’s thousands of years old.
Which makes evolution like the slowest computer of all time… unfortunately we have to wait hundreds of years for the next software update.
The point is, women have to be extremely cautious when choosing who they’re going to mate with.
Because a poor choice could mean enduring nine months of pregnancy and many years of child rearing with little to no help, which drastically reduces the offspring’s chances of survival.
And few thousand years ago, when women had few rights, and little ability to provide the resources her child needed, the baby’s chances of survival were slim to none without a father to provide for it.
So what does all this mean? How is this relevant to me in the present day? Great question, glad you asked…
It means that, because sex is a very high stakes game for women, and one they’re playing at a huge disadvantage, they’ve evolved to favor men who display the ability and willingness to commit long-term and invest resources.
Think of it like a game of poker… The woman has $10,000 in the pot, the man has $10, and neither player knows how long the game will last.
But whoever has more chips when it’s over, wins all the money. The man’s going to play every single hand because he’s got pretty much nothing to lose. But the woman’s going to be extremely selective about which hands she plays, only showing her cards if she’s pretty much certain she’ll win.
And as the hand progresses, she’s looking for all kinds of subtle cues signaling deception. If she picks up on even the slightest tell, any sign she’s being tempted into a trap, or that he’s bluffing just to get her to show her cards, she’ll fold simply because it’s not worth the risk.
Now in the dating game, it’s a bit more complicated, but same idea.
Women are looking for certain cues, displayed at specific times, that signal he’s not gonna run away with her 10 grand and leave her crying at the table. Or in other words, sleep with her then disappear forever.
So over time, women have evolved to become very good at recognizing which signals mean she should fold, and which ones mean she hit the jackpot. Because not too long ago in evolutionary history, both her and her unborn child’s life depended on her making the right read.
So for you, this means that from the time you first make eye contact with a woman you’re interested in, all the way until you’re sliding a diamond ring on her finger, her brain will be rapidly scanning for signals that you’re willing and able to commit and invest in her, the relationship, and any children you may have together.
Now keep in mind, she’s not even aware that this is happening. Even seemingly insignificant things like giving the waiter a bad tip at dinner, or forgetting to lock the door behind you, can trigger tiny red flags in her reptilian brain.
And she’ll tell her friends “I’m not quite sure about him yet, I like him but there’s something a little off.” Everything you do – and everything you don’t – has meaning beyond the surface level.
And she’s been programmed, both by evolution and by her upbringing (culture, society, family etc.) to pick up on it.
This is why romance is so important to women.
Because it’s the man showing he’s willing and able to commit and invest. Showing he can protect her. Showing she can trust him. Showing his superior masculine characteristics that demonstrate high quality genes.
Sorry, the scientist in me came out on that last one. So the real answer to the question of “what do women want?” is: They want a man who’s worth losing ten thousand dollars for…
Because he knows how to play his cards right, but still has the decency to split the pot with her when he wins.

The No-Go Zone: 6 Things You Should Never Say To The One You Love
The Build Up: Why You Should Start Simple Instead Of Trying To Impress Her