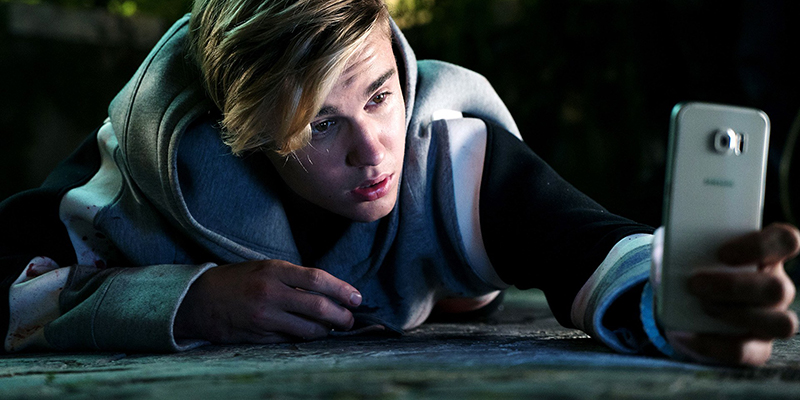 Self-Image Vs Looks: Which Matters More To Women?

Have you ever noticed that guys who are better-looking seem to get away with more when they’re talking to a chick?
Or, have you ever heard a girl say to a guy, “You’re not cute enough to say that to me?” The hard truth is that in the first few seconds of an interaction, the only way a girl can assess you is by your looks.
You’re a stranger coming up to her trying to start a conversation; she has no idea what you’re all about, so she has to resort to more superficial criteria—at least in the beginning. You haven’t spoken to her long enough for her to know that you’ve got a sense of humor that rivals Louis C.K., or that you volunteer at soup kitchens on Thanksgiving.
It’s a totally normal way for people to react to being approached, and we really can’t fault women for it.
Every guy is great in his own way, and being good-looking, while helpful, can actually hurt you in the long-term if you use it as a crutch.
Guys who stroll around bars and rely on their perfectly white teeth, ripped abs and weirdly symmetrical bone-structure will get attention, but if their game isn’t where it needs to be they won’t ultimately be successful.
Good looks can also make you complacent.
You might just keep dating the same kind of girl because you enjoy the fact that there isn’t a whole lot of work involved. It’s nice at first to have girls flock to you, but after a while it gets boring and you realize that you haven’t really gotten any better as a person. In short, you become a walking piece of meat.
Taking care of yourself, working out and dressing well are important, but they shouldn’t overshadow things like learning how to empathize with women, finding ways to be fun and getting comfortable in social situations.
If you focus too much on how you look it communicates things about you that you might not realize.
In fact, girls are sometimes turned off by a guy who presents himself as being too put together. An overstated physical appearance conveys a little bit of insecurity, and maybe a little egotism—two things we all know girls hate.
There are women out there who will talk to a guy just because he’s wearing a $600 belt and has Ryan Gosling’s eyes, but it begs the question: would you really want to date someone who was that shallow?
If skin-deep stuff is that important to her now, imagine what she’ll do when a guy with more money, a nicer car and bigger biceps comes along.
Sorry, but the truth is superficiality doesn’t go away; she’ll drop you like a runny dump after a trip to Chipotle. Oh, and yeah, girls take dumps. Even the hot ones.
If you happen to be a professional male model or you’ve had a six pack since birth then, by all means, capitalize on it, but make sure that you’re still connecting with the girl you’re talking to.
Looking good gets your foot in the door, but you can’t build an entire relationship on a good smile or full head of hair.
It’ll be shallow, there won’t be any trust involved, and it’ll be more stressful than it is fun.
Imagine being forty years-old, with a house and two kids, and then waking up one morning to realize you have nothing in common with your wife. Let’s just say it would be a very uncomfortable family vacation to Disney World.
Part of the thrill of game is the part that’s sexy, the feeling you get when you think you’re getting through to her and can sense she’s attracted.
Believe it or not it’s easier to make that kind connection when she knows you aren’t particularly concerned with your appearance. It conveys that your confidence transcends the things that other guys get hung up about.
It may be a stretch, but an average guy in sweatpants and a t-shirt with good game has a better shot with a hot girl than a guy who put way too much thought into his facial hair.
You can’t buy confidence, or get it from a gym, or even a stylist. If there’s something fundamentally out of balance with your self-image, girls will see it from a mile away.
You have to change from the inside out before you can approach a girl with almost no anxiety about about how you look. We live in a society that glorifies beautiful people—just look at the cover of any magazine—but in the real world, lasting attraction is built in the mind.
Look, this doesn’t mean you should throw away all your mirrors, stop showering and embrace your beer gut.
It’s about balance. You still have to be able to walk around in public without people thinking that you’re homeless, while also developing a positive image of yourself in your mind.
Not all of us are genetically gifted. In fact most of us aren’t particularly blessed, and there are things about our appearances we can’t change, but what we can work on is how we carry ourselves.
Next time you go out, keep your eyes peeled for the guy who isn’t six feet tall, wears pretty regular clothes, but has the full attention of a gorgeous girl.
These guys, while few and far between, are out there, and understand that a social gathering is a place where you can showcase your best personality traits. They look at it more as an opportunity to develop their inner-game and just have fun, rather than an excuse to wear their new jeans.
So, next time you’re staring at the bathroom mirror trying to get that one strand of hair to cooperate, or driving yourself crazy looking for the right shirt, take a step back and realize it’s not that serious.
They’re just girls, and it’s not a fashion show. Go out, have fun, and do you.