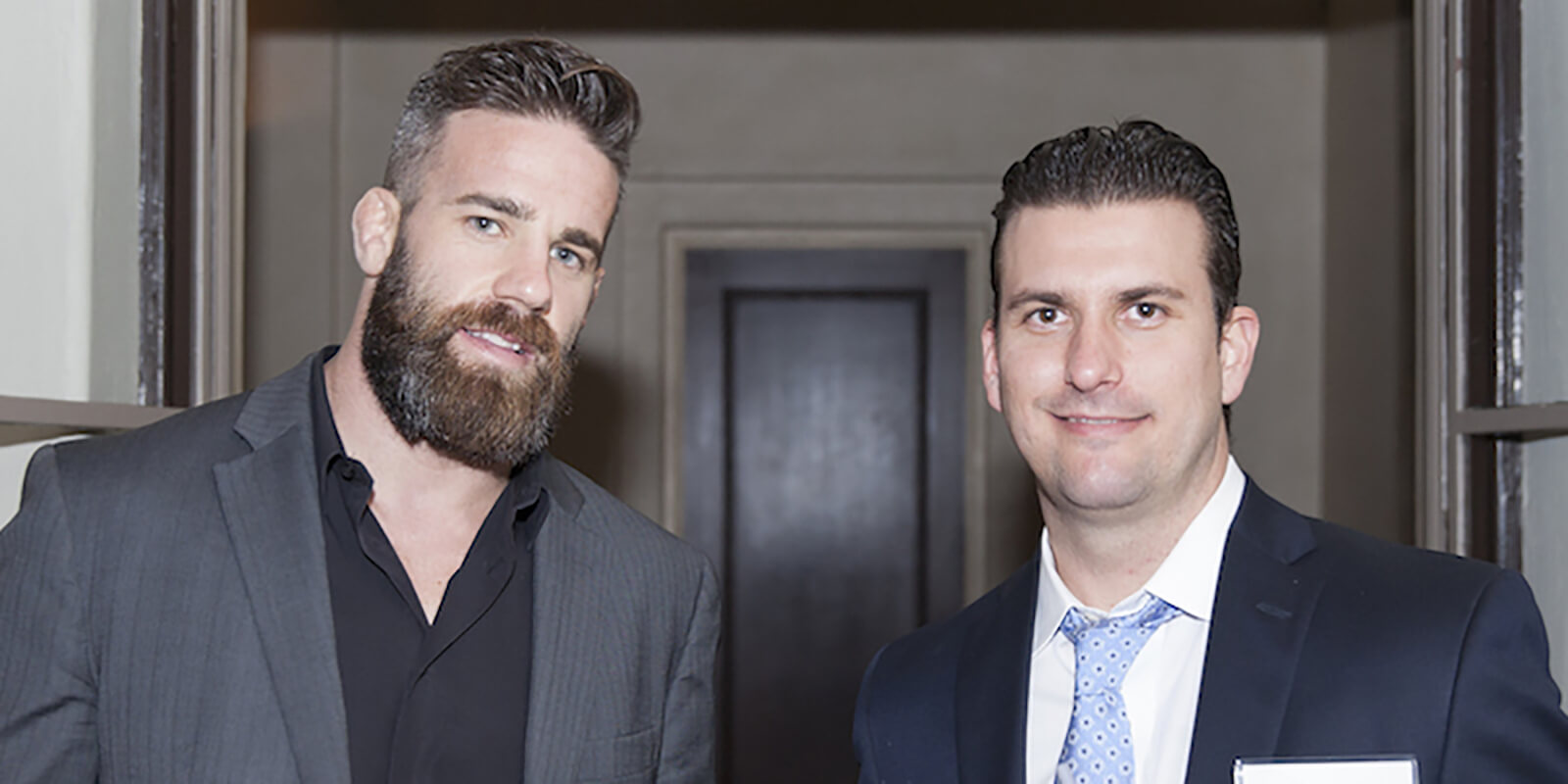 In the world of six and seven figure salaries, it is a common saying that more deals are made on the golf course than in the office. As Mixed Martial Arts, or MMA, becomes increasingly mainstream, business deals have the potential to be made on the jiu jitsu mat or in the Muy Thai ring, just as frequently as they do on the greens.

In generations past, fighters were seen as heathens or psychos that didn’t quite fit into society. These are dated archetypes that today’s professional fighters are still having trouble dismantling. MMA is more than a sport of brawn, it is a battle of wits and skill. Fighters have to form strategies to train effectively, create game plans to fight specific opponents, and are forced to adapt and improvise when fighting with injuries, nerves, or the realization of just how good an opponent really is.

When facing these various obstacles, fighters ask themselves the same question that successful businessmen ask when confronted with adversity, “How do I use what I’ve got to dominate this situation?”

With this mindset and the ability to handle pressure, it makes sense that white collar success can be translated to the fight game. Here are three successful business men that moonlight in one of the toughest sports in the world.

Schon is also a contender for this year’s Mundials in the black belt division. During a weekend away from work, he will compete among the best grapplers in the world, who will fight their way to tournament victory for the coveted title – World Champ.

Schon has already won the tournament’s brown belt division. He has also racked up wins at a slew of other tournaments, including the American Nationals.

Schon says his experiences from wrestling and jiu jitsu have given him the ability to put 1000 times more effort towards his goals. “Perseverance, drive and ego translate to success in business and in sports,” claims Schon. He says if you want to compete at the top level of BJJ and excel in business, there’s no time for other hobbies. You must live a disciplined life to savor the big rewards.

This means it would be a rare sighting to see Schon at happy hours, golf outings, or business dinners. When coworkers are there, he is training. Schon may not have the best golf swing, but there is a good chance he is the only real estate developer with a Brazilian jiu jitsu gi sponsorship.

Malhotra wrestled at Northern Illinois University, where he double majored in corporate communications and sociology. He said being a full time student and part of the wrestling team was like having two jobs. In order to put his all into both, he developed a discipline for time management that served him well and continues to do so in post college adulthood.

Today he is a husband, a father and a data base marketing manager for PMK-BNC, a public relations marketing firm. He is part of a team that creates PR campaigns for celebrity clients like Mathew McConaughey, Sean Combs and a slew of other A-list celebs.

No doubt athletes like Malhotra get bogged down with time spent on a computer and in meetings, but with coworkers counting on him to manage campaigns and the changing demands of clients, it’s imperative he doesn’t lose motivation. He knows his performance affects everyone around him.

He likes the pressure, but looks forward to hitting the mat for some Brazilian jiu jitsu when the work day is done. He says “working before training jiu jitsu is like eating your vegetables before dessert.” Jiu jitsu is a time to add physicality to his analytical thinking and provides a release for his competitive spirit. The creativity that is required of his job also translates to the mat. He says when he shows up to train he checks his ego at the door and works on moves that are foreign to him. This keeps him perpetually redefining his game. It appears to be a good strategy. In addition to earning his black belt, Malhotra’s tournament victories include the prestigious Mundials, the Brazilian Jiu Jitsu World Championships, where he placed gold in the purple belt no-gi division.

Kevin Widdoes, a tax resolution specialist, grew up playing more traditional sports like track, baseball, and basketball. It wasn’t until 28 years old that he decided to try his first Brazilian jiu jitsu class after watching the Ultimate Fighter on TV.

From there he was hooked. As his jiu jitsu progressed he wondered, “How would I do in a real fight, under real duress, with real circumstances?”

He added Muy Thai kickboxing to his workouts and after two years decided to fight in a cage for the first time. But he was still committed to his day job – settling debts with the IRA through a constant barrage of phone calls and emails from 8AM – 5PM.

Widdoes said the fight was on his mind, but he didn’t see a reason to fear it. It was “something to be excited about.” If he wasn’t working, he was training.

Ever the networker, he was welcomed to hone his skills at gyms that had trained other UFC competitors like Triunfo; MMA/Classic fight team with Felipe Fogolin and Tyler Wombles; Dynamix MMA with Rickson Gracie; BJJ black belt Henry Aikens; and UFC veteran Antoni Hardonk.

Widdoes now has an amateur MMA record of 4-2-1 and plans to compete at the professional level this year. At 37 years old, he doesn’t have a big plan to fight for a living, but wants to see how good he can get with the time he has.

Although most white collar types still spend more time practicing their golf swings than guillotine chokes, white collar fighters are becoming more commonplace. Widdoes didn’t have his first fight until he was 35. Age, he says, is a mindset.

All three said competitive fighting, whether on the mat or in the cage, helped them in their careers and other areas of their life. The discipline to show up to train helped their focus, and the tenacity and curiosity to learn more–combined with the pressures of competition–accelerated their personal development.

Schon summed it up this way: “When you’re dead tired and badly need oxygen but manage to push yourself harder to beat a guy who’s trying to choke you, work is cake after that.”

A Robot in Every Room: 7 Ways to Automate Mundane Daily Tasks
The 7 Strangest Hangover Cures From Around the World