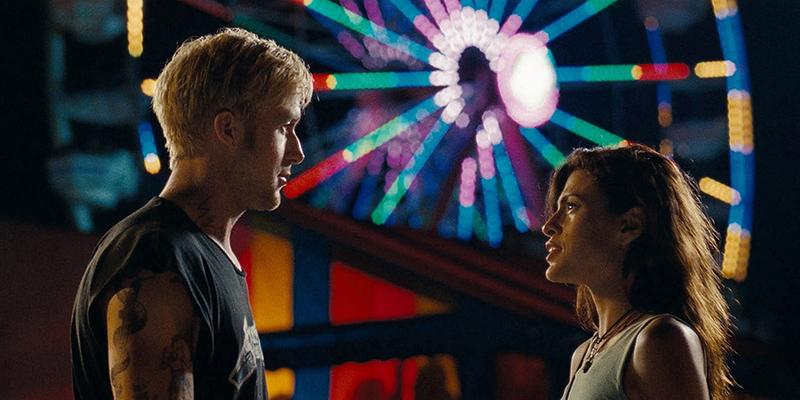 Don’t Scare Her Off: How To Be Persistent Without Being A Pest

As men, the go-and-get-it mentality is something that not only was instilled in us growing up, but for the most part, has played in our favor.
I remember hearing about try-outs for my local television station’s junior journalist program when I was in elementary school.
It was open auditions, giving a chance to any kid who wanted the amazing opportunity of being featured weekly on our towns flagship news channel. You just had to go and get it.
Even when it came to high school football. If there were two kids up for a spot and one thought they were better than the other, the coach would have them fight it out for the position.
There was no sitting back and letting life just work its way out in your favor. That’s the nature of being persistent.
But it’s a mentality that does not quite translate to the dating world.
While many will say the confidence in your pursuit is one of the main techniques to wooing the girl of your dreams, it certainly isn’t the only one.
There is a nuance needed as one tries to balance pursuit and pestering.
Among growing up with the tenacity to go after what you want, when you’re engaged and locked in on a girl and she shows even remote interest, it’s hard to quell that excitement that often spurs out of nowhere.
You think you have a connection, you feel as if she shares that connection, and all you want to do is spend time and conversation with them.
It’s in these moments where we go from a gentleman pursuing the heart of a woman to a pest.
But it does not have to be this way.
If we read signals, give space and reciprocate the actions we perceive are enacted towards us, we will not only flirt better with that thin line of pursuing and pestering, but we’ll weed out the women who aren’t interested, giving us more time and energy elsewhere.

Half of the time when it comes to pursuing the women we want it’s all about picking up on all the clues she’s dropping. If a woman does not like you, she’ll let you know.
It may be subtle, it may be indirect, but there will for sure be signals. If we can train ourselves to feel out each situation (because all women operate differently) we’ll save ourselves a lot of wasted energy.
Scaring off the potential women who may have shown interest in you is only going to be your fault 40% of the time. Most times (the other 60%) she’s not interested.
It’s hard to scare off a girl who is into you. If anything, she’ll find it cute that you’re so persistent.
So less than half of the time when you do end up scaring her off, what does that look like? Double texting? Contacting her on all mediums seeking a response? Leaving voice messages?
Well, they all depend on the context. You never really know what someone’s life is like or what they’re going through to feel offended if they didn’t respond to your outreach.
Many guys think double texting is bad. If you send a message and didn’t get a reply and hours or days go by and something you want to share with her comes up, act on that natural impulse.
Text her. You shouldn’t have to be bound by the laws of double texting when you want to share something funny or maybe ask her about her day.
In the same vein, you want to be aware of how you’re coming across.
If you’re texting her off natural impulse with very common non-pressing text messages like, “I hope your day goes well” and “did you catch that the new season of Master’s of None on Netflix?” on non-consecutive days, she probably isn’t interested.
In these cases, you should let her breathe.

There are plenty of circumstances we have no idea about which can come between you and someone you thought you had a chance with. That’s why you have to let her breathe.
Adjust to her text habits and communication frequency. If she’s a once a day texter, text her once a day. If she only calls you once every couple weeks, hey, at least that means there is some kind of interest there.
I remember this one girl I was seeing off and on became extremely erratic. We’d catch drinks casually, text, and even had some sleep-overs when all of a sudden I didn’t hear from her.
So I let her breathe. A couple of months later she told me a close relative of hers grew ill and she had to move back home to take care of them. She was neither in the head space nor had the emotional threshold to keep communication up with me.
What if I kept hitting her up? What if I left voice message after voice message and later sent an angry text deeming her disrespectful?
You see, you never know what someone is going through. Besides, if it’s nothing and they’re not texting or returning calls because they’ve lost interest, it’s okay. You can play that game, too.

Play Harder To Get

When it comes down to it, you have to remember the value you bring to the table and that although the responsibility of courting falls on the shoulders of the man, you offer something that should be sought after, too.
Too often we as men get too caught up with one woman because of one good night. No matter how amazing the connection, there will be others.
You must have that confidence and you have to maintain your dignity in the heat of pursuit. This is why sometimes you have to switch the tables.
If you find yourself grunting the majority of the legwork when it comes to reaching out, stop. Play harder to get.
When she texts you, do not respond immediately. Let her double text you, let her leave voice messages, let her feel the angst she put you through.
This not only will give you a gauge of how committed she is to getting to know you, but it will show that your time is valued as well.
It’s impossible to know what someone is thinking on the other side of that telephone.
Your responsibility is to control what you can and never get too hung up over someone that doesn’t appreciate you.

Chivalry Isn’t Dead: How To Be A Gentleman In The 21st Century
One Size Doesn’t Fit All: Why Thinking On The Fly Is Key For Dating