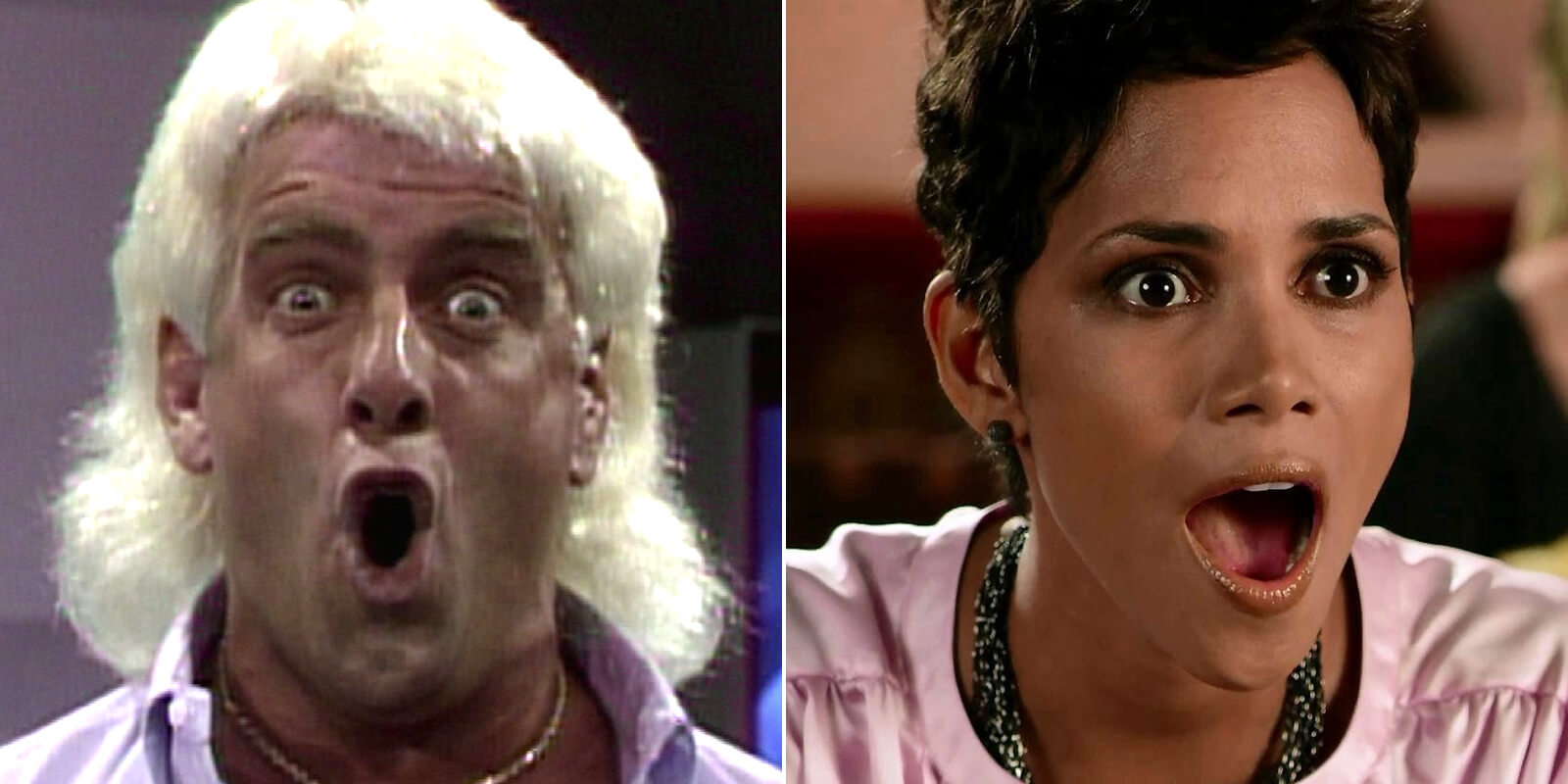 Wooo! Ric Flair Claims To Have Slept With Halle Berry Back In The Day

The current digital atmosphere has given platforms to any and all people who have something to say, and podcasts are becoming a popular digital medium.
We’ve seen rappers, pornstars, and even former WWE wrestling champs dive into this medium which, sometimes, can lead to some interesting finds.
Ric Flair, on the most recent episode of his podcast, Ric Flair Show let some information go himself when one of his fans asked him if he had taken any celebrities to ride on “space mountain” (the nickname he”s given his member).
The nature boy responded by naming Halle Berry as one of his most impressive conquests.

Conrad Thompson: Alright, Ric, this week’s “Ask Naitch” question comes to us from Goober Dwayne on Twitter. He wants to know: Any celebrity riders of Space Mountain? #AskNaitch
Ric Flair: Any celebrity writers?
Thompson: R-i-d-e-r-s.
Flair: Riders? Oh gosh, several dozen.
Thompson: (Laughs) Are we going to get any names today?
Flair: Do you want me to start with Halle Berry or what?
Thompson: Oh! Halle Berry rode Space Mountain?
Flair: (Laughs) Of course she did. She was in Atlanta and she had just gotten divorced from Dave Justice.
Thompson: Wait, are you telling a real story right now?
Flair: Would I have to make up a lie?
Thompson: No. I just didn’t know that, uh…
Flair: You never asked me.

Halle Berry is and will always be one of the finest women to ever grace this planet, so it is definitely a win in Ric flair’s book.
The world champion claims it went down in Atlanta after the Academy Award winning actress divorced former MLB player David Justice.
After 20 years it would be someone like Ric Flair that kisses then tells. Halle hasn’t confirmed or denied the claims, but I’ll be doing two claps and a woo regardless.

‘Training Day’ Director, ‘Wolf Of Wall Street’ Writer Team Up For ‘Scarface’ Remake
Leonardo DiCaprio Is Going To Mars, At Least That’s What He Told Obama