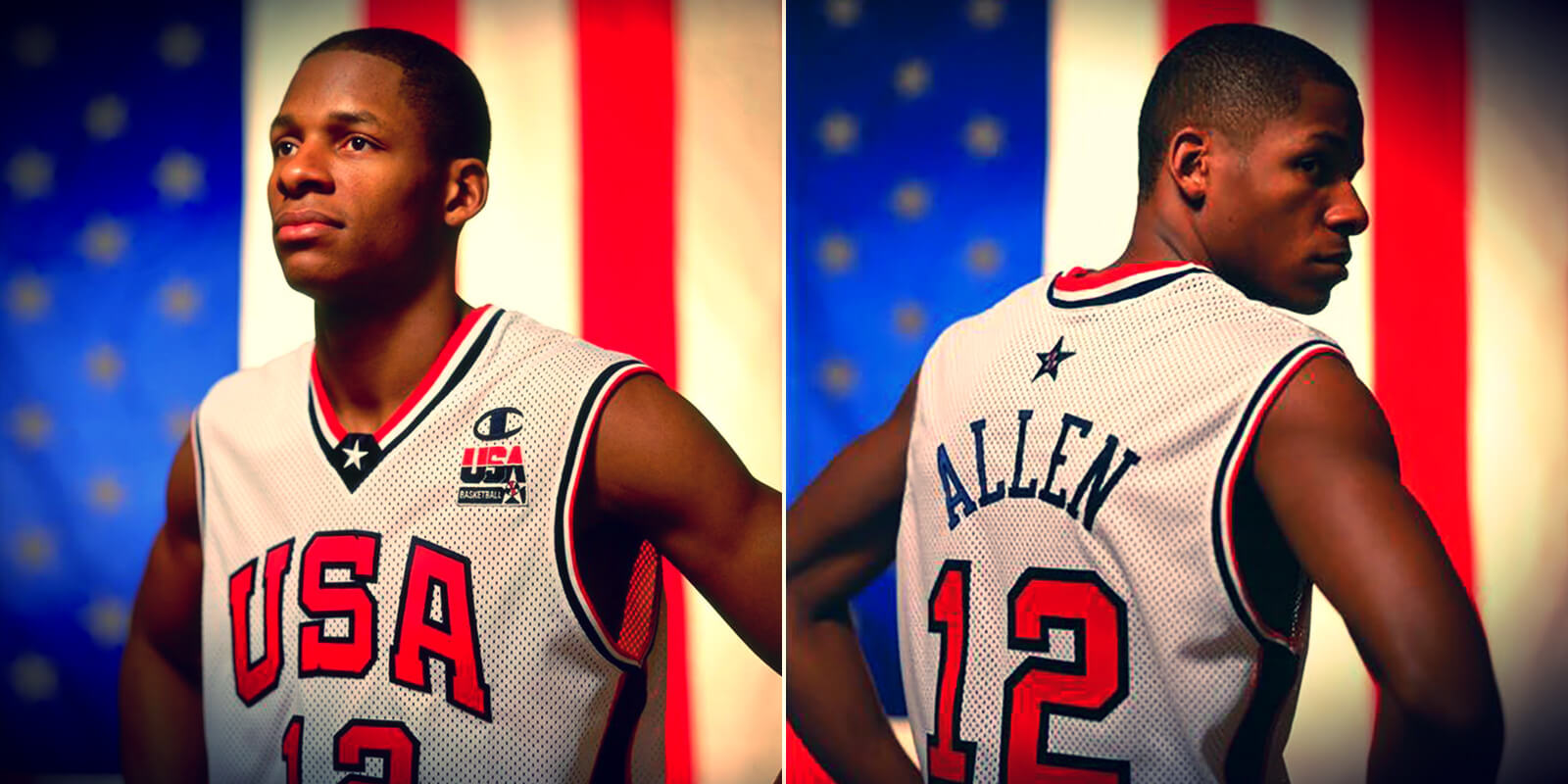 After 18 seasons in the NBA Ray Allen, maybe the greatest pure shooter in the history of the league, is calling it quits.
Ray Allen announced his retirement via The Player’s Tribune in a heartfelt message to his younger self.
In the post he describes overcoming obstacles of all shapes and sizes to become a better man and better basketball player.
Allen writes about some of the more sensitive social aspects of his childhood, as a military brat Allen moved around constantly, from Northern California to England to South Carolina and the difficulties of fitting in as a kid:

I’m going to be 100% honest with you. I wish I could tell you that it will get easier, and that you’re going to blend in, and that it’s going to be alright. But you’re not going to fit in with the white kids, or the black kids … or the nerds … or even the jocks.

Throughout the article Allen breaks down the drive, the intensity, the selfishness required to become a successful NBA player and a successful man.
To Ray Allen there is a noticeable difference between the guys that genuinely had that drive and dudes that were just cashing checks:

In every locker room you’ll ever be in, everybody will say all the right things. Everybody says they’re willing to sacrifice whatever it takes to win a title. But this game isn’t a movie. It’s not about being the man in the fourth quarter. It’s not about talk. It’s getting in your work every single day, when nobody is watching.

This might be a slight shot at those Bucks and Sonics teams Allen suffered on for the first eleven years of his career before he got his two rings in Boston and Miami.
Ultimately, being successful is about sacrifice. It takes a special person with a special outlook to become a professional athlete.
Ray Allen talks about his own sacrifice:

Most nights, you won’t go out. Your friends will ask why. You won’t drink alcohol, ever. People will look at you funny. When you get to the NBA, you won’t always play cards with the boys. Some people will assume you’re not being a good teammate. You’ll even have to put your family on the back-burner for your job.

Allen tells an interesting anecdote about the morning after he won his second championship ring with the Heat and couldn’t sleep.
He was so restless he got out of bed at 7 in the morning and went for a drive, ultimately going to his dentist’s office to finish work on a problematic tooth.
With these rings Allen’s s career was complete, but not his life. He had sacrificed social and even familial relationships in pursuit of becoming a great basketball player, but that doesn’t define his entire person.
The He Got Game star’s pursuit of championships and success drove him to push himself to extreme levels and even isolate himself from the world at times, but Allen is now at peace being a dad and a husband.
He is no longer in search of that unattainable goal, that thing at the end of the road, Gatsby’s green light. Instead he’s more worried about his daughter’s homework:

Now, the most important question in your life isn’t, ‘Who am I supposed to be?’ or even, ‘What do I have to do to win another championship?’ It’s, ‘Daddy, guess what happened in math class today?’

Here’s to a successful career being one of the regular guys, Ray. Thanks for the memories.