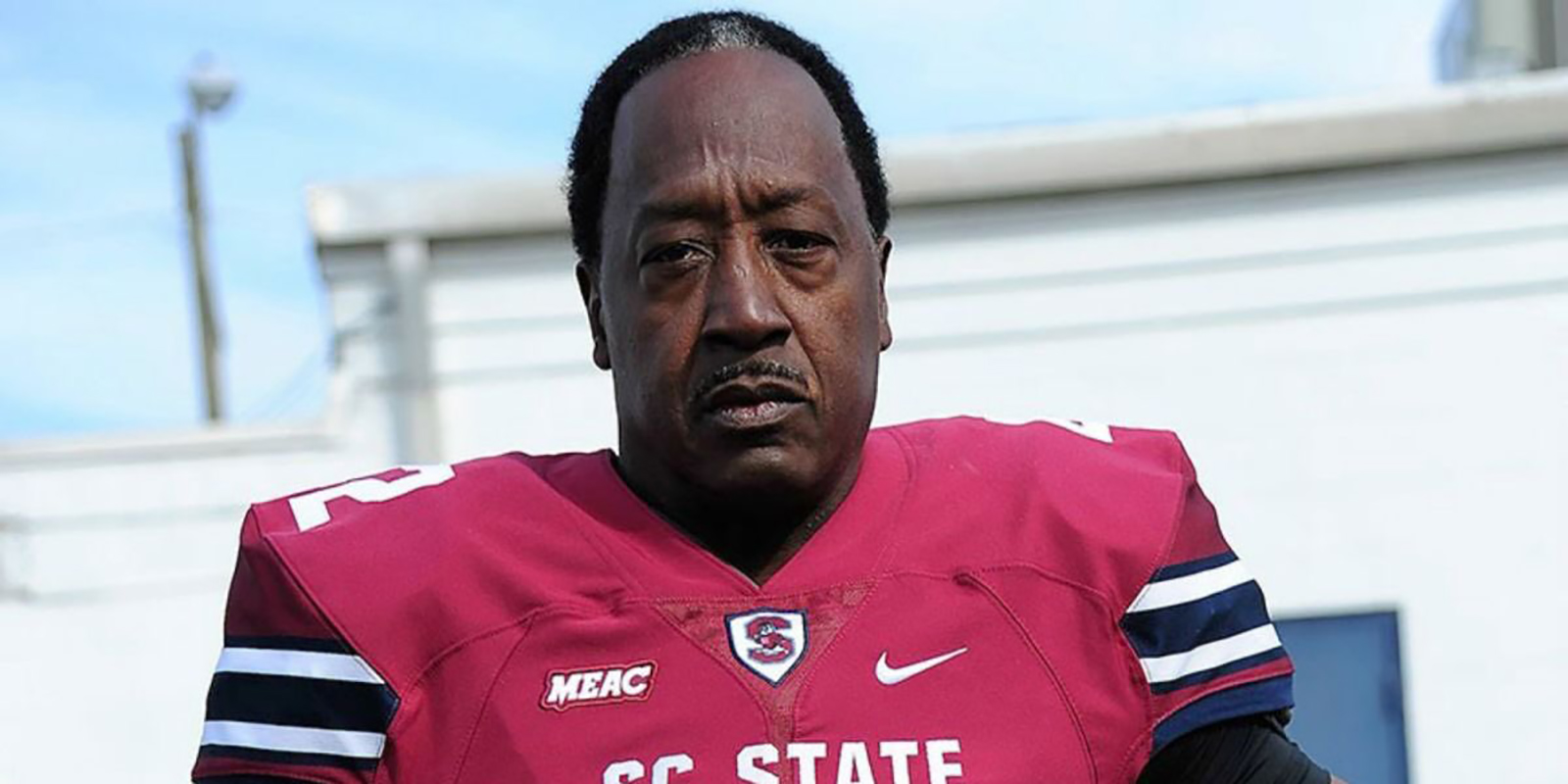 The chance to aspire to greatness is never barred from anyone, and at the impressive age of 55, Joe Thomas embodied that mantra as he became the oldest athlete to play for D1 player in history to participate in the great game of football.
Football has always been a passion of Thomas. In an extended feature by Sports Illustrated, Thomas expands on a childhood filled with adversity from hearing impairments until a doctor was able to allow Thomas to pursue a more normal lifestyle and assume a role on his high school’s (Blackville-Hilda High School) football team.
His son, Joe Thomas Junior would go on to play for SCSU from 2010 to 2013  and become a linebacker for the Green Bay Packers.
Thomas Jr, supportive of his father’s love of the sport, helped him get on the team after his enrollment in 2012 despite his advanced age.

Participating in Senior Game Day at South Carolina State University, Thomas rose to the occasion in the first quarter as a Runningback for the team debuting with a stellar three-yard carry.
Officially a member of the Bulldogs, Thomas Sr would go on to say that “I felt like a hero” after the game was over, and thanked the coaching staff for their support.
Joe Thomas Sr also had some words on pursuing his dream stating,

“Never give up on your dream…just drive forward. Don’t listen to other people. Just follow your dream.”

Issues With Premature Ejaculation? Yes, There Is Now An App For That
If The Money Talks: Conor McGregor’s Next Stop Could Be The WWE