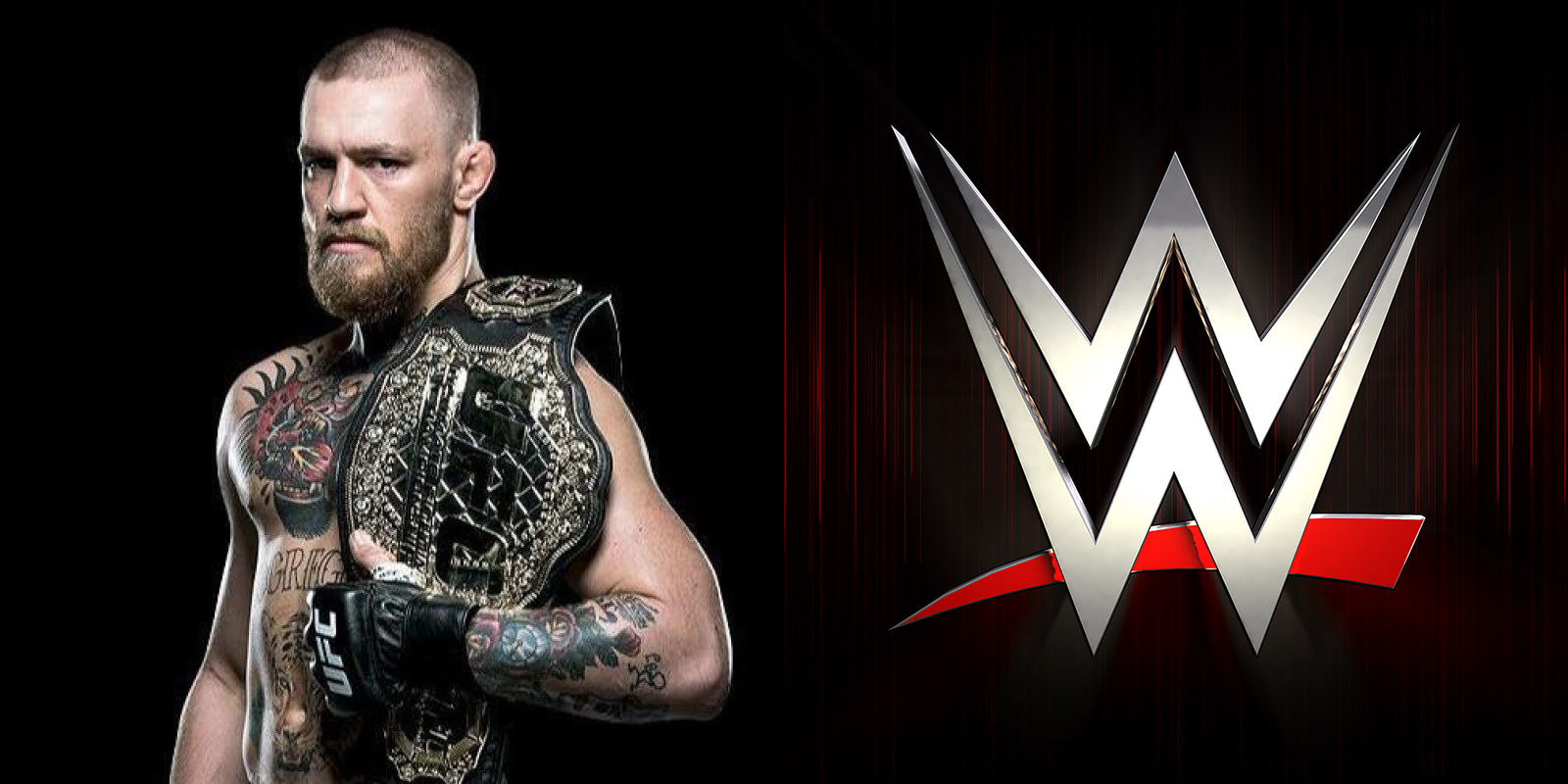 If The Money Talks: Conor McGregor’s Next Stop Could Be The WWE

‘The Notorious’ Conor McGregor, the Irishman who defeated Eddie Alvarez in the second round at Madison Square Garden on Nov 13th to become the first UFC fighter to hold two titles simultaneously, may take his belts, earnings and ego, to maybe the singular place where there is room for all three – the WWE.
McGregor’s agent, Audie Attar, shared in an interview on ESPN’s 5ive Rounds podcast that his client would “entertain” an offer to appear for WWE.
This is very similar to the route Ronda Rousey took when she joined the ring with The Rock, Triple H and Stephanie McMahon in a memorable segment at WrestleMania 31 in Santa Clara, California.
The transition makes sense. Before his historic win against Alvarez, he was submitted by Nate Diaz in the second round Saturday night in the main event of UFC 196 at the MGM Grand in March, causing rumors of retirement.
And some WWE legends are pulling for him, too. Tripple H, a prominent figure in the sport, was not only in attendance for McGregor’s fight against Eddie Alvarez at UFC 205, but has endorsed the Irishman’s credentials. Saying to The Telegraph:

“He could come over, he’s got it all, man – he’s got the personality, the skills, the talk. He’s an entertainer, for sure.
“What does he walk around at? 180lbs? I have smaller guys now in the WWE. We have 200lb guys who are stars. You don’t need to be 300lbs anymore.”

At the end of the day, it all comes down to dollars and cents. McGregor’s agents continued in the interview with 5ive Rounds podcast:

“Again, I think ultimately Conor will say, ‘Let me talk to my friend Benjamin [Franklin] to see how many of his friends he’s bringing with him before we talk about what the obligations are,’”

Just like Triple H said, he has the personality to carry a character in an industry that is solely predicated on making the entertainment as big as possible.
The multiple-time UFC champ has nothing to lose and literally millions to gain, and it could possibly be a stepping stone for the next phase of his career.
McGregor sure does have a lot on his plate. Between indirect exchanges and talks about a $100 million dollar fight with Floyd ‘Money’ Mayweather and now being courted by the WWE, one has to say winning has a way of turning things around.
Either way it will be interesting to see what McGregor has in store.

Super Senior Day: 55-Year-Old Becomes Oldest D1 Football Player Ever
Get Your Stats Up: Study Shows Happy Couples Have Sex At Least Once A Week