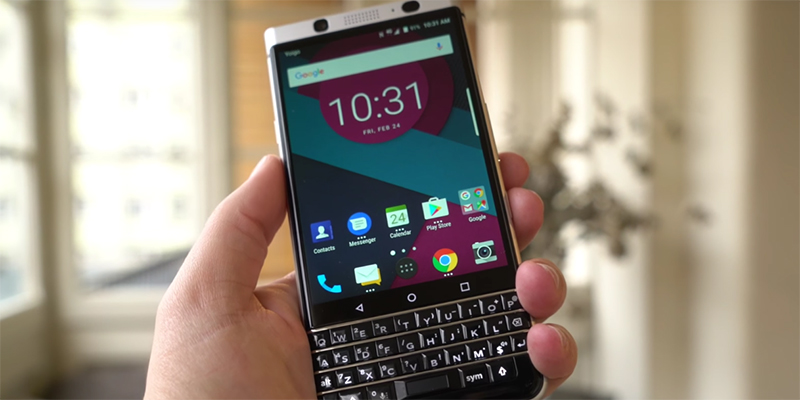 BlackBerry Brings Back The Keyboard With New Release Of KeyOne

Remember ten or so years ago when everyone and their mama had a BlackBerry?
And remember how all of the sudden those BlackBerrys became iPhones and the previous king of the industry became virtually obsolete?
Well, BlackBerry has been biding their time, waiting in the technological shadows to drop a piece of hardware that would revolutionize cellular phones once again.
And this week at the Mobile World Congress (which, yes, is a thing) in Barcelona, BlackBerry has released their highly anticipated KeyOne to wide interest and acclaim.
The KeyOne, which even had its own nickname while in production (“Mercury”) had a wildly secretive rollout, mostly in an effort to drum up hype and enthusiasm.
In the technology industry these days, it’s almost as important to execute an exciting and cool product introduction as it is to make a good product itself.
But as for the product, what does the KeyOne do? What makes it different?
Well, for starters, the KeyOne will have a keyboard! Yeah, remember those things?
This may excite some old BlackBerry users, as the keyboard of the KeyOne (get it?) will bring back memories of BBM-ing with that clicky keyboard of days past.
Back in the day, when a lot of BlackBerry users initially began converting to the iPhone, the keyboard was a major sticking point for new iPhone converts. People really they liked the iPhone’s functionality, but missed the old click of the keyboard.
Well, keyboard lovers rejoice, because the KeyOne keyboard is back and massively improved from old versions.
For some, the romance of the old keyboard may be enough to go back to the BlackBerry.
It’s hard to imagine the KeyOne upstaging iPhone and making any dent in the market that is so securely Apple’s, but it could happen.
The KeyOne will run you $549 when it ships in April. If you miss your old keyboard, this may be the phone for you.

The Man Behind The Meme: Meet The Dude Known Only As ‘White Guy Blinking’
New ‘Swing’ App Helps You Find Best Deals, Free Drinks At Bars