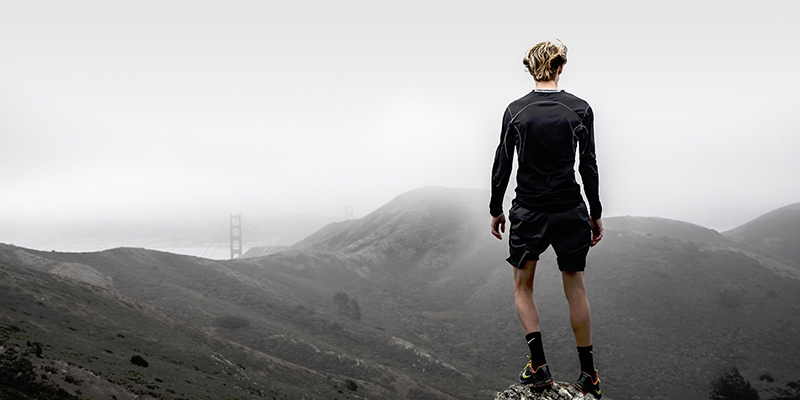 Confidence is to our success what water is for plants.
You can lose a lot of things and get them back if you keep your confidence.
If you give up your confidence, you won’t function in your calling. You won’t function in your social groups or with women.
You won’t be yourself.
This kicker is, this whole “confidence” thing is no secret. It’s not this hush-hush piece of content floating around on a DVD in an underground focus group chain.
The idea of confidence as life’s lightning rod didn’t come from a guru, it’s open information that’s accessible and applicable.
So how do we tap into the supreme confidence in the purest of ways?
There is a multiple of roadblocks in our personal lives that we unintentionally place that prevent us from achieving maximum confidence.
A lot of times we have trouble looking people in the eye and standing tall because we have a guilty conscience — from broken promises to ourselves.
Another reason we struggle with confidence is that we don’t surround ourselves with the right type of people to nurture that quality in us.

The beauty of talking shit, whether it be a ping pong match or basketball game, is that you’re fueled by the work you put in.
You believe within your heart of hearts that no one put as much sweat as you in, no one respects the game more and no one has done quite the sacrificing, so you’re validated to run your mouth.
That bark holds no weight without the backend.
Even if we haven’t admitted it to ourselves, subconsciously, we know when we’re falling short of the expectation we have of ourselves.
Some people choose to wallow in that shame and use it as a catalyst for self-destructive behavior, while others recognize it and use it as motivation to get better.
However, if you’re not honest with yourself, your conscious will call you out and keep you from achieving confidence with the women you see, the bosses you shake hands with and the deals you make.
No matter if it’s unrelated or not until you are completely honest with yourself and in line with the values you place in your life, you’ll come off as not genuine.

We acquire friends in an abundance of ways. And, if we’re being completely honest, we call them “friends” for lack of better terms.
Co-workers, friends of friends, etc, at times, for whatever reason, find themselves intertwined in the fabric of our lives.
And because we don’t particularly have an issue with them, in our lives they remain.
The problem is that while they’re not affecting you negatively, they’re also not supportive either.
People who recall feeling alone in a room full of people are speaking of these exact type of support groups (or lack thereof)
Unlike the Kardashians, keeping up with confidence doesn’t come with the assistance of a billion dollar network.
It’s something that already takes an effort to maintain, and because we’re human, is a quality that we’ll most definitely lose.
This is why you need a committee of people around you that will remind you why you’re great, why you’re doing what you’re doing and who you’re doing it for.
Don’t be mistaken, the most confident people in the world pull a great deal from inside, but absolutely have a team to keep them going.

The worst thing that can happen to us is only the worst thing that can happen to us until it happens. Once it concludes, often times we look back and almost laugh at even seeing it as difficult.
That is why we must embrace the losses in life and not be afraid to fail: because correction makes us stronger and from every fall we come back better.
Confident people are not afraid to lose.
It’s because they’ve lost before, they’re not afraid of what happens if it doesn’t all come together for them. They know failure is not indefinite.
Michael Jordan is often celebrated by how clutch he is.
Among receiving praise for being arguably the best basketball player, his ability to take the deciding shot and having the entire game hanging in the balance of what he can or cannot do is something he also thrived at.
But he missed a lot of shots. In fact, he missed more game winners than he’s taken.
So how does he gain the confidence to pull up another jumper when he knows he could miss? Easy. He’s not afraid of the outcome if he does.
Like a fighter who can take a punch, we go forward with momentum when we can take correction. Don’t be afraid to be wrong and you’ll take more stabs at being right. It’s that easy.
We all deserve to be confident. We deserve to show our best face at all times in the midst of a diverse set of company.
When we’re living an honest life to ourselves, keep motivational and affirmative friends around us, and stop fearing striking out, this will be possible.
Women are waiting to see the best you have to offer — so is your employer. But like everything else worth obtaining, confidence takes some self-work.
Once you master these keys to confidence you’ll be able to find a routine to ensure that you never get off track and even be able to direct your friends in a way that will have them living their most confident lives, too.

How To Wake Up And Be The Leader You Were Meant To Be
Don’t Count Yourself Out: Why You Have The Last Say On Your Success