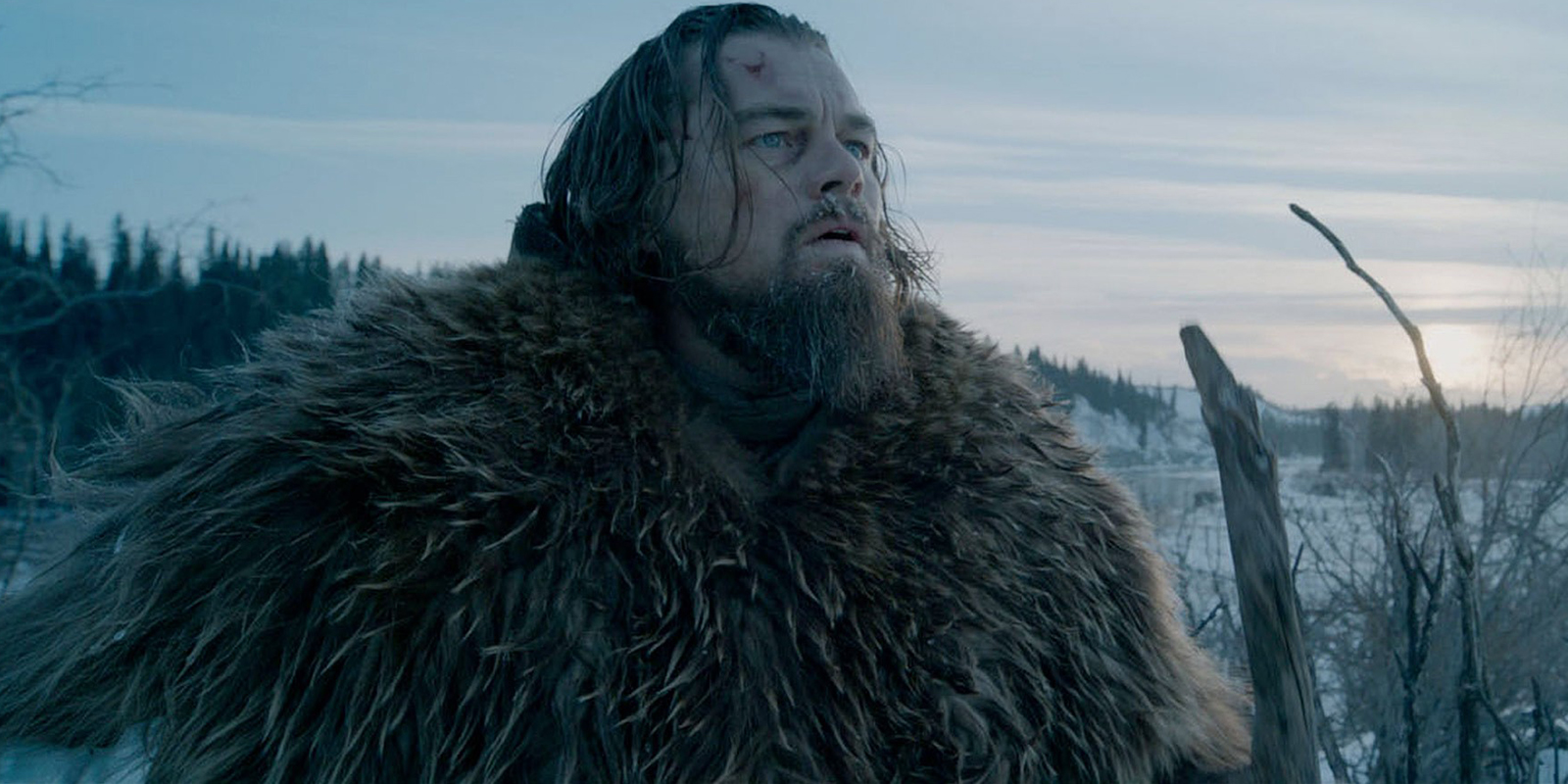 Could You Survive The Real Expedition From The Revenant? (No.)

Will this be the year that Leonoardo DiCaprio finally wins his Oscar? Anyone who has seen the trailer for his upcoming film The Revenant would be inclined to think so.

The gritty historical drama is created by Academy-Award winning director Alejandro G. Iñárritu (Birdman) and stars Tom Hardy and DiCaprio as fur trappers on an expedition deep in the wilderness of Sioux country during the 1820s. The movie is based on the real-life story of Hugh Glass, a larger than life mountain-man whose epic story of survival is enshrined in the canon of American explorers.
Leo’s Oscar push is aided by the gorgeous, raw vision of cinematographer Emmanuel Lubezki whose work has captivated audiences in such films as Children of Men, Gravity, and Babel. Lubezki’s sweeping panoramic shots and use of natural lighting will figure prominently in The Revenant, which is as much as an ode to natural beauty as it is to man’s will to survive.
But DiCaprio also went all-in for the role in his Oscar bid, putting himself in extreme situations fitting for a mountain man. DiCaprio, who is mostly silent in his two-hour plus performance, said that The Revenant was the most difficult film he had ever filmed. In addition to shooting in 30 below temperatures he told Yahoo! that the shoot was so difficult “Whether it’s going in and out of frozen rivers, or sleeping in animal carcasses, or what I ate on set (read: bison liver). (I was) enduring freezing cold and possible hypothermia constantly.”
All those things sound unthinkable to the cozy and relatively secure twenty-first century audience, but they were par for the course for Hugh Glass and the thousands of men like him who ventured into the hostile and mysterious expanses of the wilderness every year in the old days.
To warm up readers for the chilling tale of betrayal and revenge I’ve recapped the tale of Jedidiah Smith, an intrepid explorer who joined Hugh Glass on his adventure to explore the Rocky Mountains. Although Smith is just a bit character in the Revenant, he is a titan of American exploration and discovery, famous for being a saint among sinners and venturing into uncharted territory.

Jedidiah Smith (1799-1832) defied the stereotypical characteristics of a fur-trapper and mountain-man. He rarely swore, didn’t drink brandy, and was a virtuous Christian man. Despite his idiosyncratic personality he endured extremes-from the freezing cold of South Dakota to the extreme heat of the Mojave Desert-that earned him universal respect.
Smith was inspired by Lewis and Clarke’s fabled journey to the Pacific Northwest (1804) and resolved to follow in their footsteps when he came of age. Like his heroes he was a skilled cartographer and author, documenting his exploration as he paved virgin trails in Oregon Country, the Rocky Mountains, and the Comanche territory. He also displayed a prowess for diplomacy with many Native American groups, another personality trait that separated him from the notoriously belligerent fur-traders he ran with.

In 1822 a 23-year-old Smith struck out from his humble New England home to make his mark in the vast west. Fatefully, Smith responded to an advertisement in the Missouri Gazette calling for one hundred young men to explore the Rocky Mountains. This expedition, led by Gen. William h. Ashley, would become the legendary “Ashley’s Hundred” that Hugh Glass (portrayed by DiCaprio in The Revenant) would also take part in. And like Glass, Smith remained in a perpetual state of near-death on the journey.
After the company departed, Ashley placed Jedidiah Smith in charge of a small band of trappers who were to set up a fort at a river ford in Montana. Smith and his men braved bone-chilling blizzards and inadequate supplies while collecting beaver furs to sell back east.

“His ribs were smashed and his face was disfigured but managed to fight the bear off long enough for his men to arrive.”

Smith’s trouble (and The Revenant ‘s action) began Ashley ordered him to buy some desperately needed horses from the Arikara Indians. Smith hoped to make the deal quickly and get out, but bad weather trapped him and his crew with a tribe who was suspicious of the Americans’ motives.
Predictably, the white fur trappers antagonized the Arikara Indians and Smith tried and failed to calm the aggrieved Arikara’s nerves. He knew this was a lost cause, but as he tried to evacuate with his men the Arikara descended on his party and encircled them.
The fighting was vicious stuff and fourteen of Smith’s party lost their lives. As his men died around him, Smith retreated with a band of survivors to the icy river, while another party (including Hugh Glass) took off in a different direction.
Smith escaped the massacre but barely had time to count his blessings. Months later, while he was still on the same expedition, a massive Grizzly bear attacked Smith at the South Pass of the Rocky Mountains. His ribs were smashed and his face was disfigured but managed to fight the bear off long enough for his men to arrive. They carried him mangled body, bloody and broken, hundreds of miles back to camp.

This is more than most men endure in their lifetimes (at least nowadays) but Jedidiah wasn’t discouraged. He grew out his hair to hide the disfiguring scar that ran across most of his face.
After he survived the bear attack he took a break from the cold but didn’t retreat to the safety of civilization. Instead, he plotted and led the first journey ever across the Mojave Desert, and then was the first to travel up the California coast to Oregon country.
These expeditions once again brought Smith to the brink of starvation and death. After running out of supplies, he wandered through the hellish heat of the brutal California basins. At one point Smith and his party butchered their weak horses to eat and resigned to death, only to be rescued by a group of Indians that happened on them at their most desperate hour.
Smith’s legendary journeys earned him fame and enough financial reward to become an entrepreneur. He started his own trading business but this venture was to be short-lived. In 1832 he left embarked on a journey down the Santa-Fe Trail when he was blindsided and surrounded by a group of Comanche Indians. Undeterred, Smith tried his diplomatic charms but failed to placate the braves. A skirmish ensued and the Comanche shot Smith and left him for dead. After surviving three previous massacres and a bear attack Smith finally succumbed to his wounds and died after living 32 exciting years.
Smith is just one of many legendary explorers that took part in the fateful expedition that The Revenant is based on. In an effort to avoid spoilers (can historical dramas really have spoilers, though?) I kept away from the fate of Glass and others on the trip but their experiences are just as exciting, so make sure to check out the film this winter.