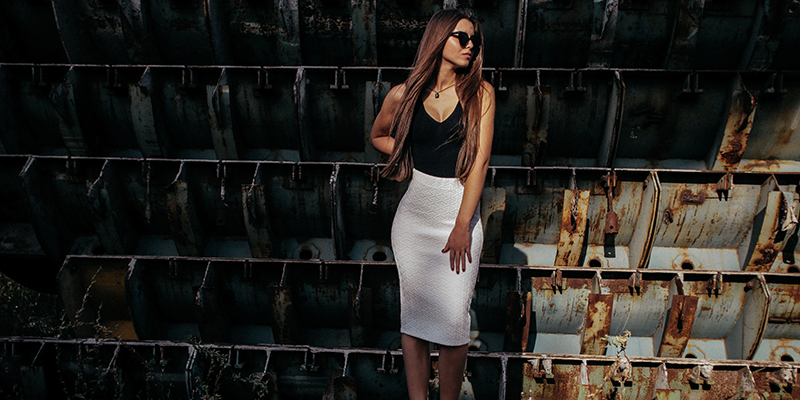 Why Knowing Your Type Makes You More Successful With Women

Men are programmed to want to hook up with as many women as possible.

It’s an instinct, like the fight-or-flight response or looking for food when you’re hungry and for the sake of the human race, will probably never go away.

The truth about the male mind is that it is hard-wired to want to spread its host’s genes as often as it can; this is essence of attraction, and one of the biggest reasons sex feels good. It’s nature rewarding us for doing what it wants us to do.

But, a lot of things are different nowadays. Sex isn’t just about making more people anymore; in fact most of the time it’s just done for pleasure. We’re also not clubbing women over the head so we can mate with them.

We’ve evolved, and so have our brains, ideas, thoughts, and personalities. Males and females have become people, rather than just a bunch of thrust-happy, omnivorous cave-dwellers.

As a guy, you have to keep that in mind when you’re figuring out your game.

You are your own person with your own set of interests and ideas, and trying to pick up a girl who is the polar opposite of you isn’t exactly making things any easier.

At first glance, the fact that everyone is unique may seem like a roadblock to getting laid, but it really isn’t. All you have to do is know your type.

In the first few weeks of actually going out and playing the ol’ game, most guys feels empowered, like they can get any girl they see, and maybe, by being a little bit of a chameleon, they can play the role they need to.

But over time they realize that it’s kind of a bummer to have to hide the fact that they have a Lego Millennium Falcon in their bedroom, or actually really like the band The 1975, just because she’s not into it.

Don’t fall into the trap of thinking that all girls are the same; it makes your game generic and fake. Sure, she may be so hot it makes you drool, but how long can you keep up the charade?

Knowing your type will make pick-up feel effortless because it will give you a chance to be congruent.

Who you are when you’re out, won’t be that far off from who you are in every other part of your life, and that’s an extremely attractive quality.

There’s nothing worse than talking to a girl and feeling like you’re lying or wearing a mask.

Let’s say you’re into sports; you’ve watched every Yankee game since you were old enough to know how to turn on a TV, and you can name every player on the Lakers.

Are you going to try and hook up with a girl who’s into pottery and hasn’t watched a World Series in her entire life?

Well, you could try, but your chances of success are low, and you’re going to have to do a whole lot more work to get her interested.

You’d be a lot better off snagging some chick who will sit court-side with you, actually knowing what’s going on and looks damn good in a pinstripe jersey.

Knowing your type doesn’t mean that you have to find a girl who is exactly like you in every way, but having some common ground makes the interaction way easier. The first step is doing a self-inventory and asking yourself who you are.

Once you answer that question, it’ll give you a way better idea of what kind of girls you mesh with.

If you hate house music, don’t go to music festivals, if you’re into comic books and anime, get a ticket to the next Comic-Con. It’s really that simple and you’ll be amazed at how effortless things start to feel when you’re gaming.

It takes a lot of discipline to acknowledge a girl’s attractiveness while also realizing that the two of you could not be more different.

Occasionally, opposites do attract, but if you’re just out looking to meet more girls, why create an extra barrier? So what if she’s the kind of girl whose hotness gets half the world to follow her on Instagram.

If you’re hiding your true self from her, she’ll sniff it out in a heartbeat, and you’ll lose valuable time you could have spent talking to another chick who just totally gets you.

There is a disclaimer here, though. Sometimes, people just want to take their clothes off and get to it.

Who you are as a person makes no difference in that scenario, and your physical appearance is enough to make her want to spend the night with you.

If she’s down, and you’re down, but the two of you are as different as a Mac and PC, you should still go for it. At a very base level, our animal brains can still tell us what to do, and all that personality stuff goes out the window.

Essentially, if a girl wants to have sex and you’re into it, don’t be stupid and say no just because she’s vegan and you love bacon. It’s a one night stand; there’s no such thing as a deal-breaker.

For something more long-term, you want to go out with the mindset of matching your interests with the girl you meet. Gaming can be stressful, and there’s no reason to add to that stress by masquerading as someone you’re not.

Even if your performance is really good—like Daniel Day-Lewis good—eventually you’ll have to drop the facade and be yourself. It just makes sense to know your type from the get-go.

It’ll save you time, effort, and make a night of approaching all the more successful.

Women Share How Long Should You Wait To Approach Them (Video)
Give It Some Time: 3 Signs You’re Not Ready For A Relationship